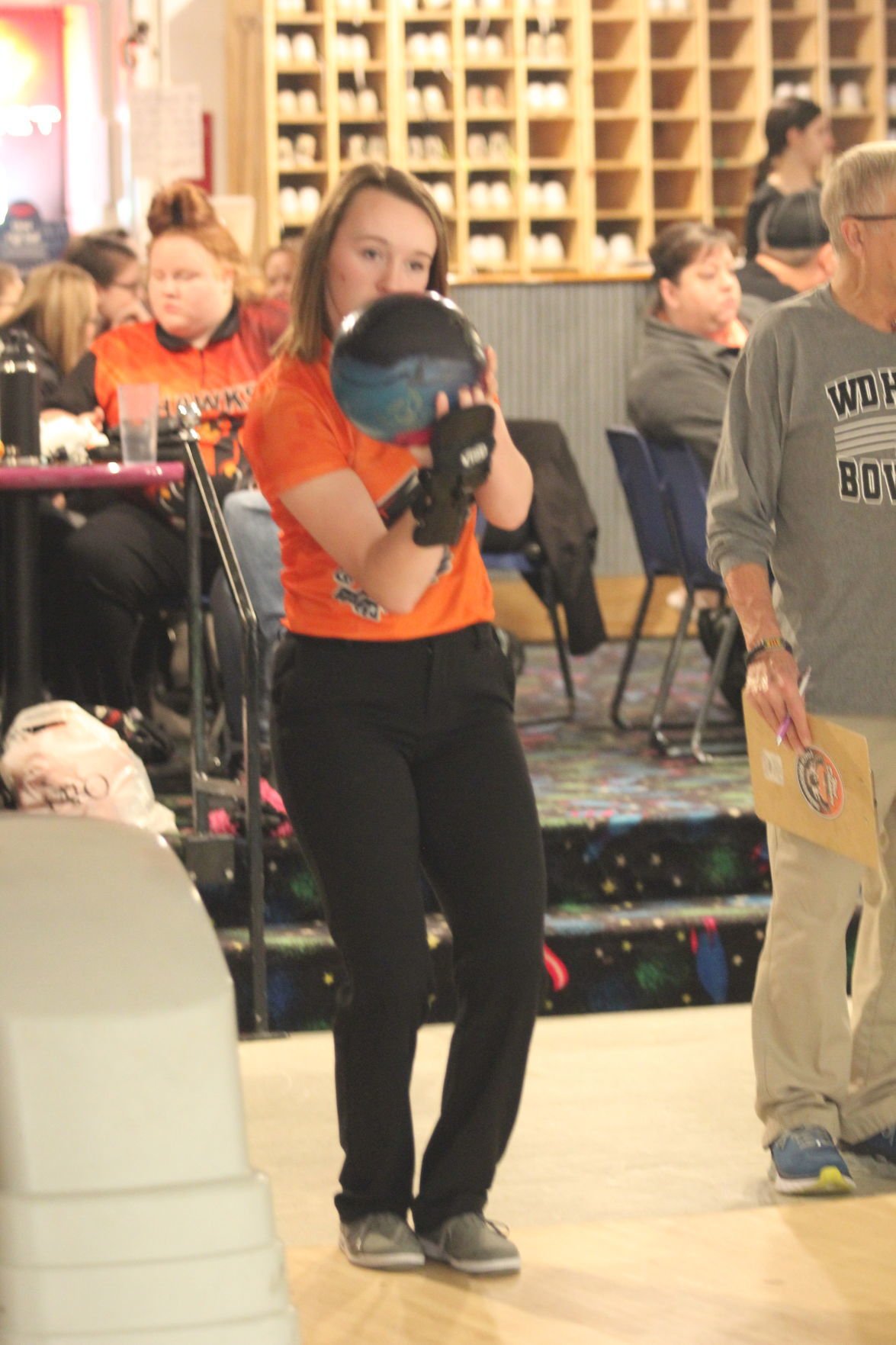 Lorna Niedert lines up her shot against Vinton-Shellsburg. 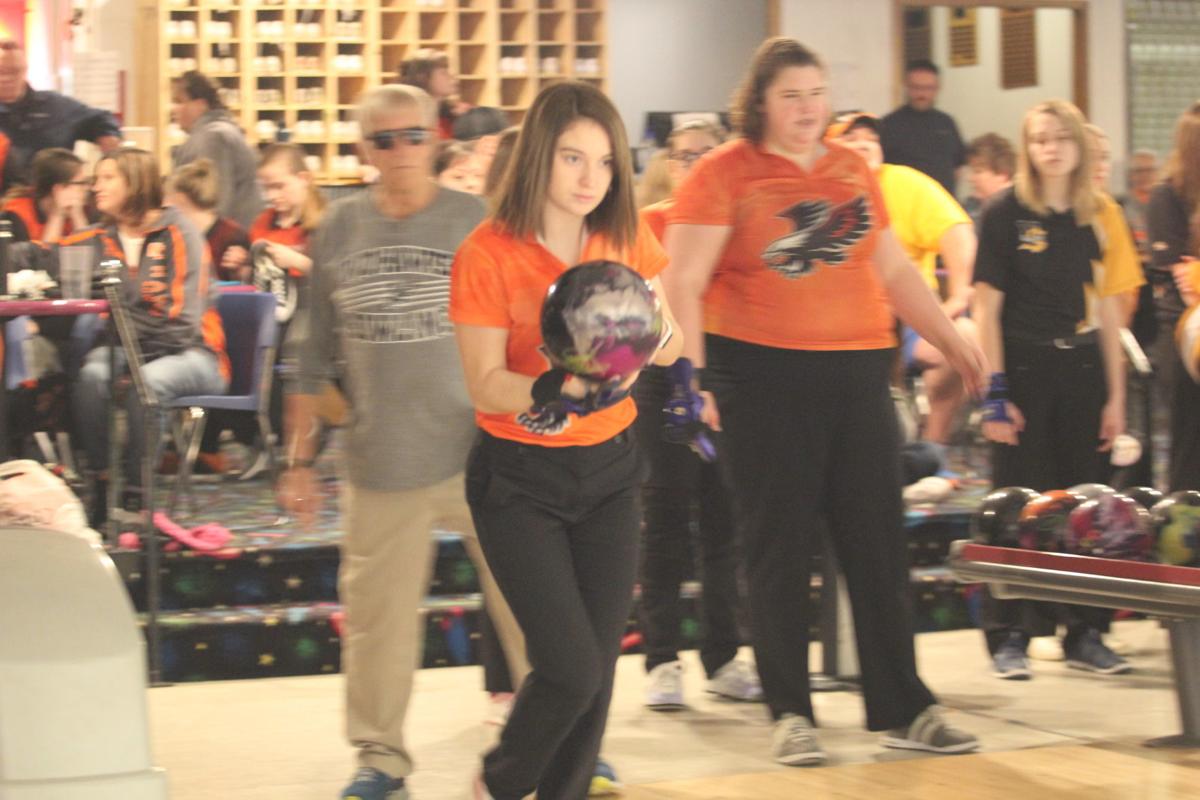 Hannah Axline steps into her shot.

Lorna Niedert lines up her shot against Vinton-Shellsburg.

Hannah Axline steps into her shot.

Vinton-Shellsburg traveled to Manchester Jan. 3 for a match up on the lanes with the Hawks’ girls’ bowling team. This was West Delaware’s first meet since the Christmas break, and they shot above their average to defeat the Vikings 2,552-2,468.

“The girls shot alright,” coach Ken Boesenberg said. “You expect that the first meet after Christmas will not have high scores. But a win is a win.”

The Hawks took a 52-pin lead into the second round of the meet.

“We left a lot on the deck,” Boesenberg said, “but I am happy with our scores. Neidert tied for first, and some of the top teams in the state were there.”

The top ranked teams in 1A and 2A both competed along with three other top five teams in 1A. This tournament was formatted just like the district and state meets. It provides good experience for these teams.

“I want to see our mental toughness get better,” Boesenberg said. “A lot of the kids throw a good shot, leave a tough split and fold. We always concentrate on our focus, but not having great carry can pull down a bowler.”