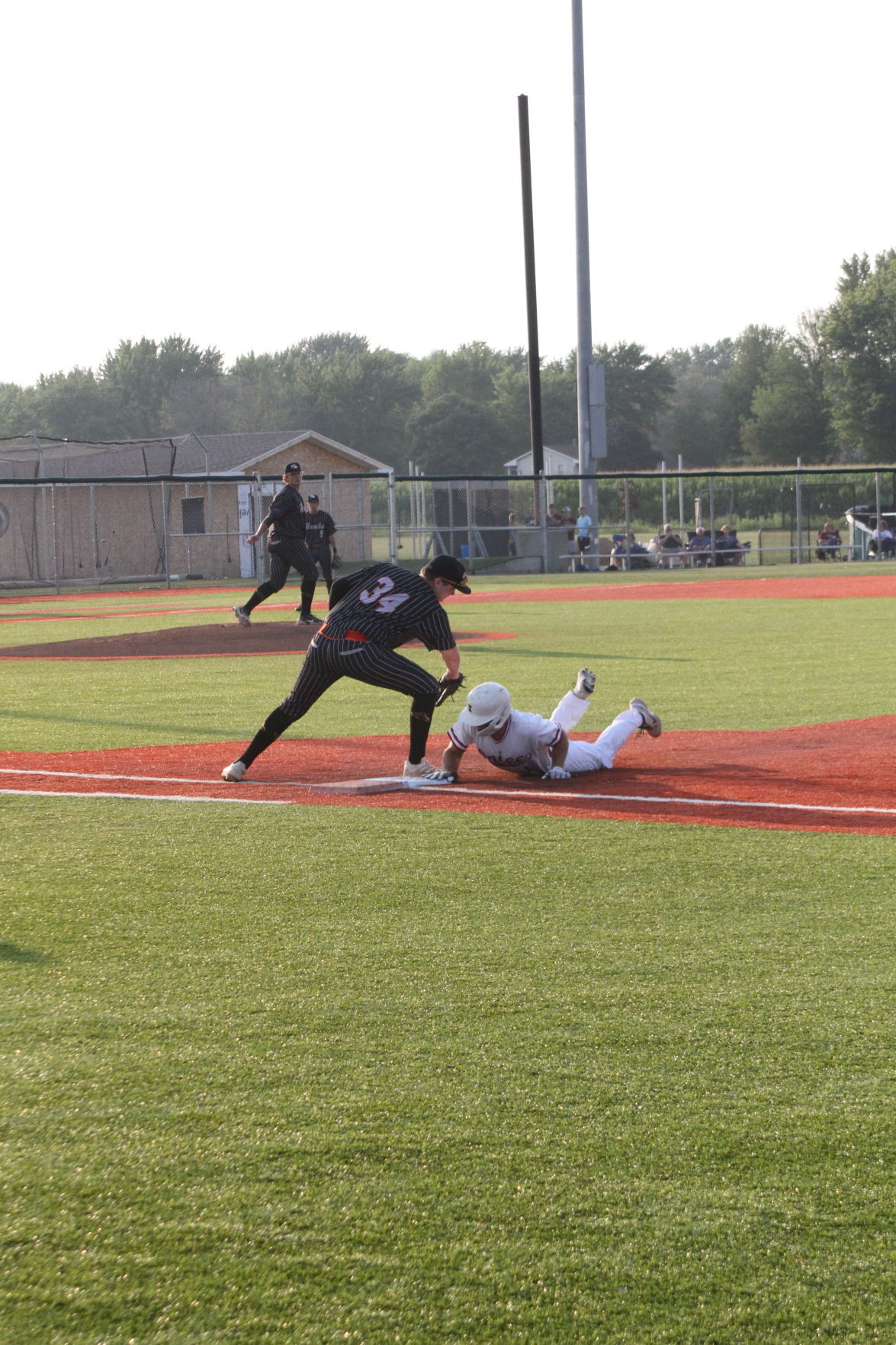 Spencer Mullen tags an Independence runner diving back into first base. 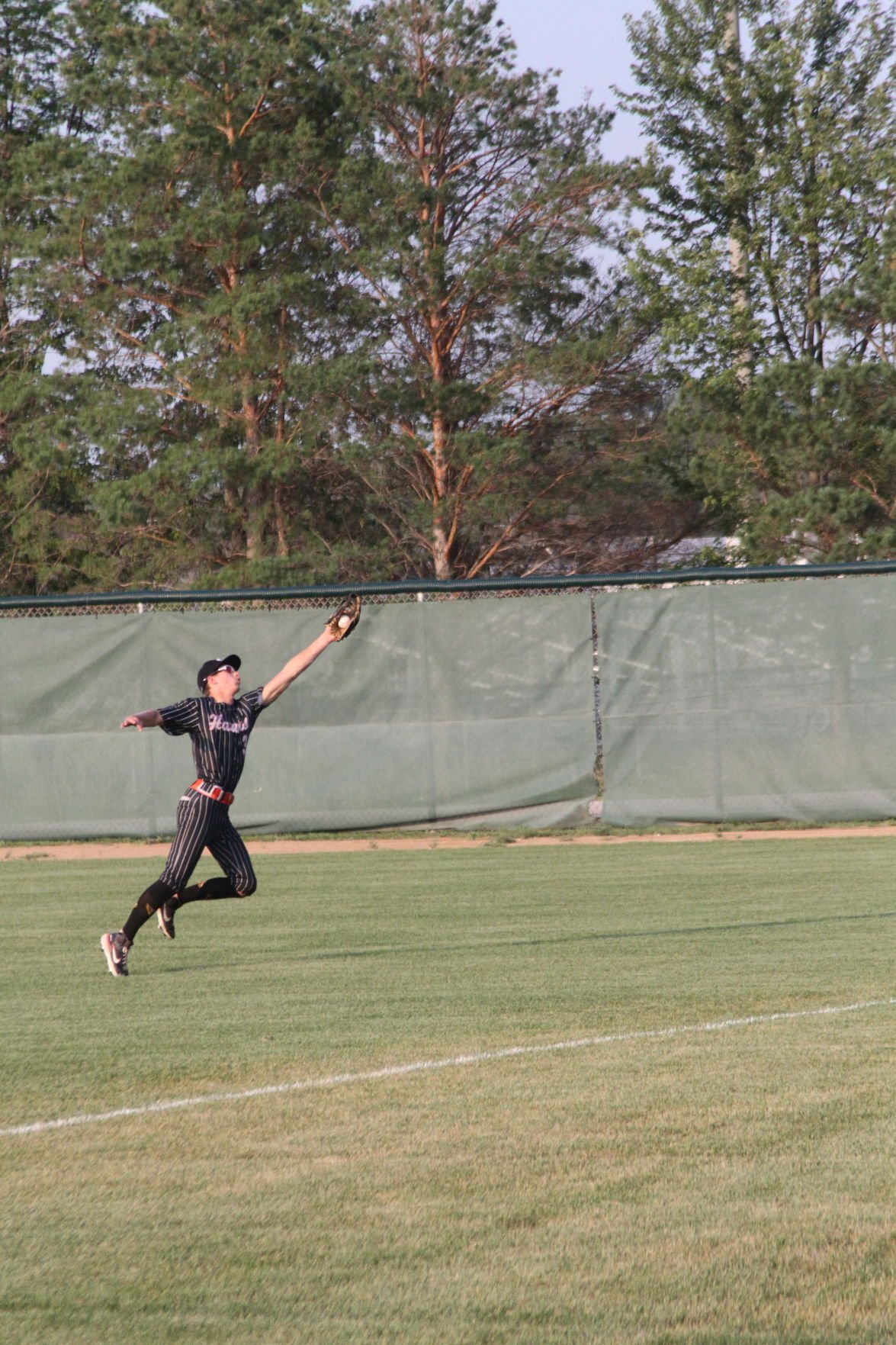 Kyle Cole takes away an extra base hit with this catch in the first inning against Independence.

Spencer Mullen tags an Independence runner diving back into first base.

Kyle Cole takes away an extra base hit with this catch in the first inning against Independence.

The West Delaware baseball team ended its season July 16, losing to Independence, 7-4, in a Class 3A Substate First-Round game at Independence.

A five-run fourth inning for the Mustangs proved to be too much for the Hawks to overcome.

Independence scored in the first, courtesy of a lead-off walk to Marcus Beatty, who stole second and advanced to third on a Hawk error, scoring on a sacrifice fly by Trey Weber.

Beatty struck again in the third, this time hitting a solo home run to give the Mustangs a 2-0 lead.

Tyrus Werner walked in the third for the first Hawk baserunner and moved to second on a sacrifice bunt by Lukas Meyer. With two outs, a diving catch by right fielder Dalton Hoover ended the Hawk threat.

The Hawks loaded the bases in the fourth only to see Independence get out of the inning without giving up a run.

The Mustangs scored their five runs in the fourth after two outs on three walks and three hits, the big blow being a bases-loaded triple by Beatty.

West Delaware answered with a run in the fifth when Werner scored on a single by Logan Woellert.

Trailing 7-1, West Delaware rallied for three runs in the seventh. With one out, Isaac Fettkether beat out an infield single. With two outs, Luke Kehrli and Will Ward walked to load the bases. Jared Voss’s double cleared the bases before Independence reliever Jake Sidles got the final out.

The Hawks had six hits and left nine runners on base. Voss was 2-for-3 with a double and three RBIs and Fettkether was 2-for-4. Woellert was 1-for-3 with an RBI and Kehrli 1-for-2.

Coach Nate Lahr said his team battled all night. “We hung in there and had a chance to keep us in the ball game in the fourth. But that diving catch kept us off the board. We did an awesome job of setting the table, but just couldn’t get the job done. Leaving runners on base was the story of the game.

“There was no quit in these kids. They didn’t give up. They fought back, but it was just too little, too late.”