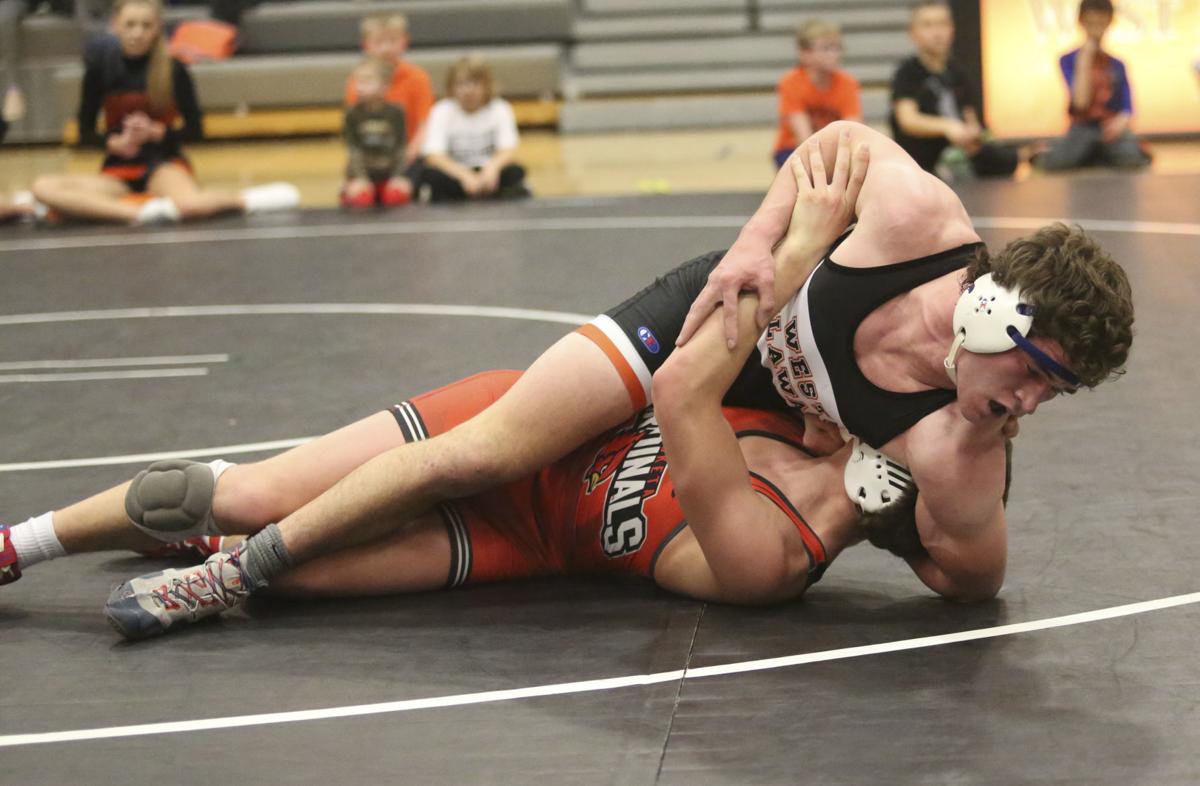 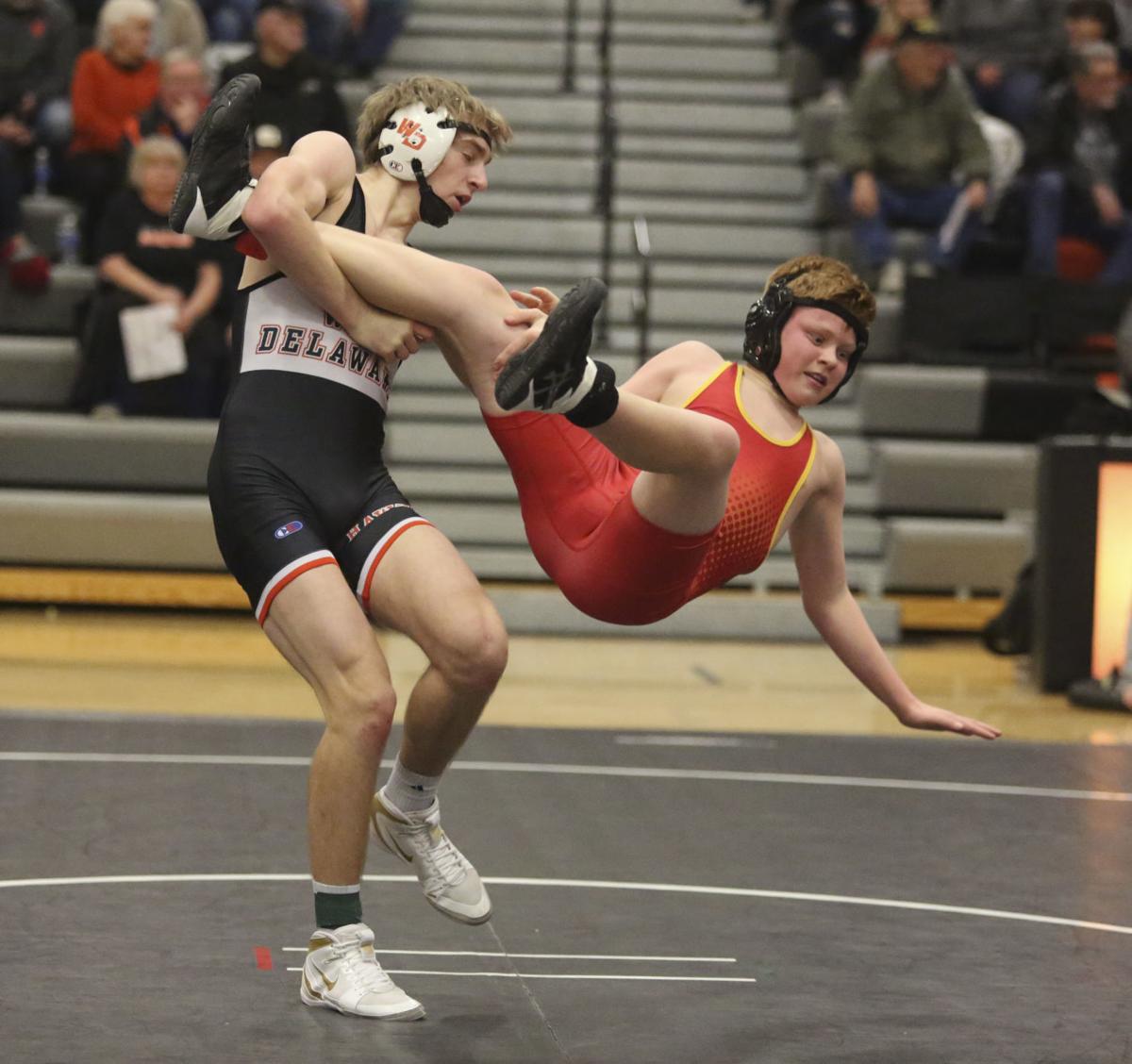 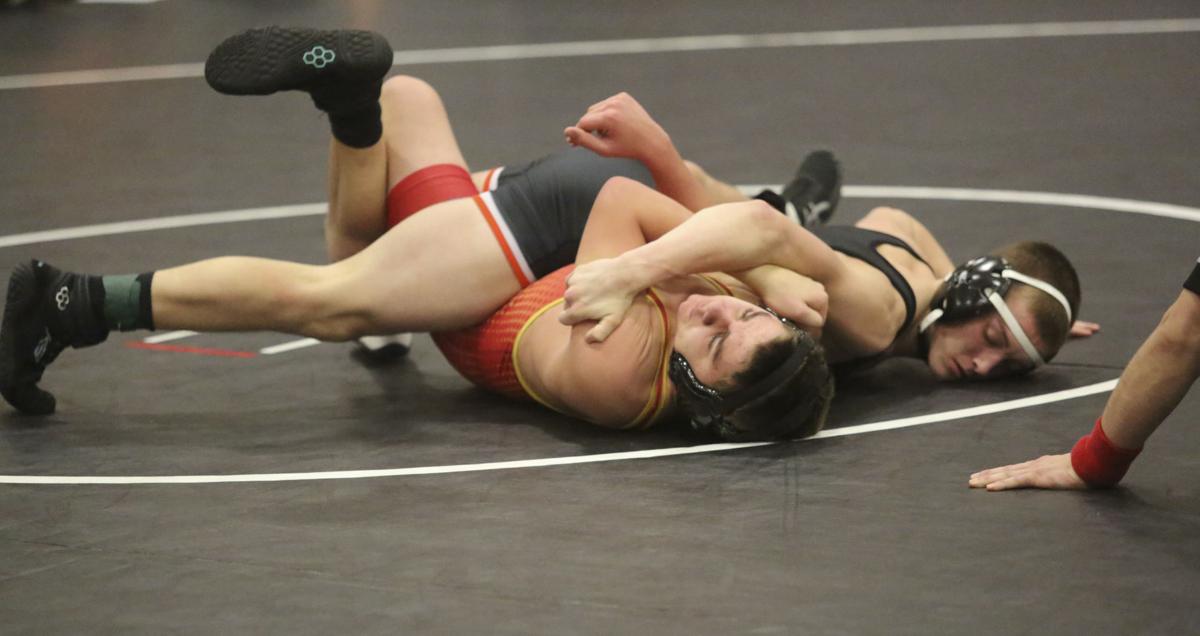 Jeff Voss insists the best is yet to come for his West Delaware wrestling team. If that’s the case, this year’s Hawks are on target to make another big run at tournament time in a few weeks.

A senior night crowd at Seedorff Gymnasium saw Class 2A’s top-ranked dual meet team manhandle a pair of WaMaC Conference foes by a combined 141-9, Jan. 9, opening the night with a 71-3 win over Maquoketa and taking the nightcap, over Marion, 70-6.

“The guys were kind of feeding off each other with a lot of momentum tonight,” said Voss. “Each of these teams has some good individuals and we battled them all pretty hard.”

With the team score 42-0, Maquoketa’s Abe Michel — The Predicament’s No. 2 ranked 170 pounder — picked up the Cardinals’ only win of the meet with 5-2 win over West Delaware’s fifth-ranked Jared Voss.

Jack Neuhaus won an 11-2 major decision over Liam Aunan at 182 before Wyatt Voelker picked up a forfeit at 195. Christian Nunley won an 8-0 major over Lane Stender at 220, leading to a battle of unbeatens at 285, featuring Maquoketa’s No. 2 ranked Taven Rich and West Delaware’s third-ranked Carson Petlon.

With the 285 pound match in progress, West Delaware’s Carson Less picked up a 41-second fall on the orange mat and Luke Farmer followed up with a 48-second fall at 113, leaving the spotlight on the Petlon-Rich battle taking place on the opposite mat.

Petlon withstood a first-period flurry from Rich to take the match the distance — unfamiliar territory for both wrestlers. Petlon rode out Rich in the third period on the way to a crowd-pleasing 5-2 decision to make the team final 71-3.

“I’ve been preparing for everything looking forward to this match. It’s one I’ve been looking toward since we’ve wrestled quite a bit,” said Petlon. “Last year he kind of handed it to me in the tournament, so this year I just wanted to go out and wrestle my match. I don’t think I’ve ever felt better in the third period of a match. Physically, I felt really good out there.”

Marion’s Niyo Gady picked up Marion’s second win of the night with a 5-4 overtime decision over Carson Less at 106, before Farmer won by fall at 113 and Engel did the same at 120 to end things.

“It’s easy to blend in with everyone around me. We have a pretty loaded lineup,” said Farmer, who is having a fine senior season. “We have a bunch of good guys. I’m working a lot on my feet and being aggressive and staying aggressive in my matches. Coach has been talking a lot this year about scoring points and that’s what I’m trying to do.”

Voss knows the Hawks will be challenged down the road, but looks forward to the challenge.