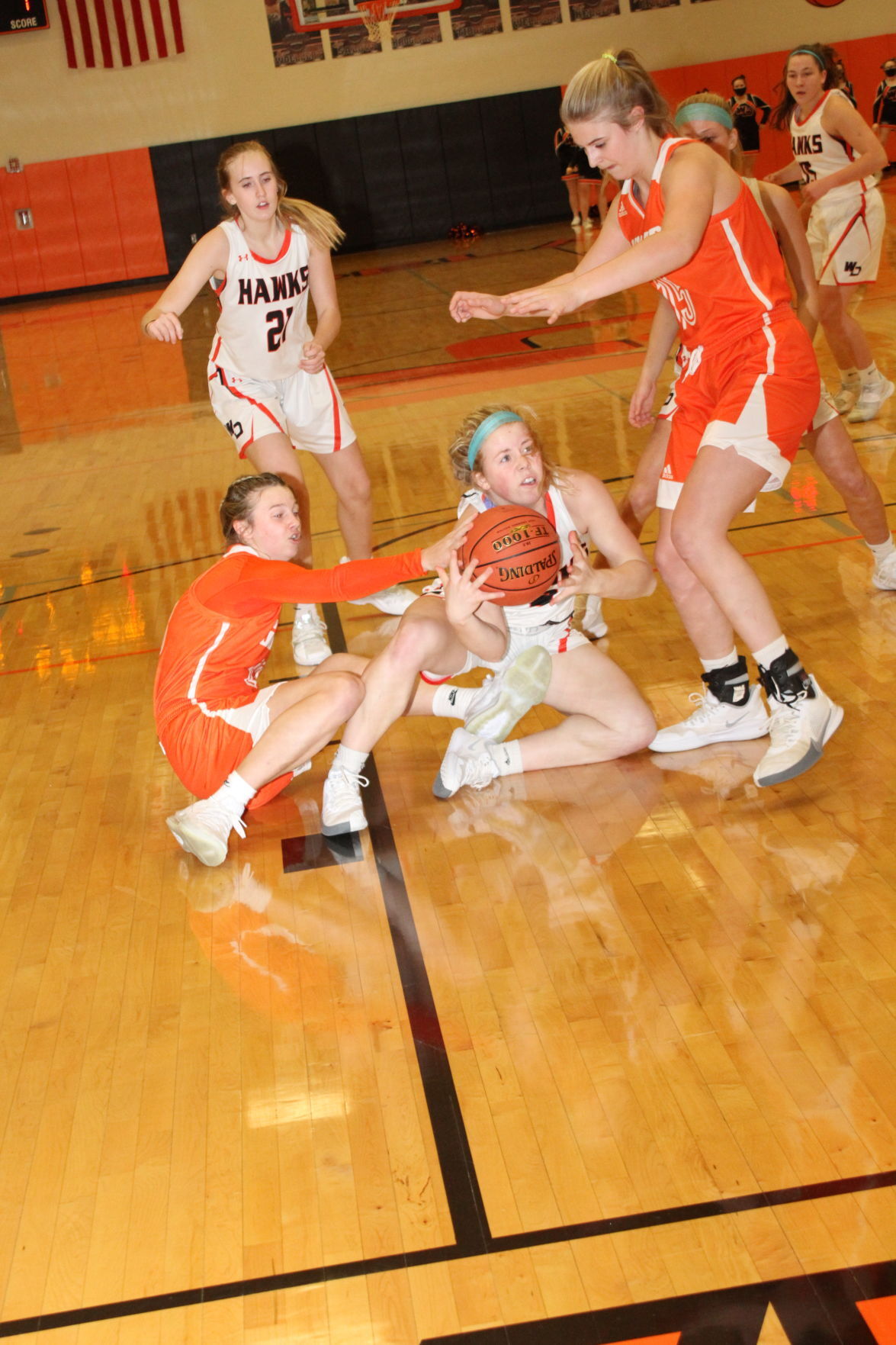 Ella Koloc takes to the floor to fight for a loose ball against the Solon Spartans. 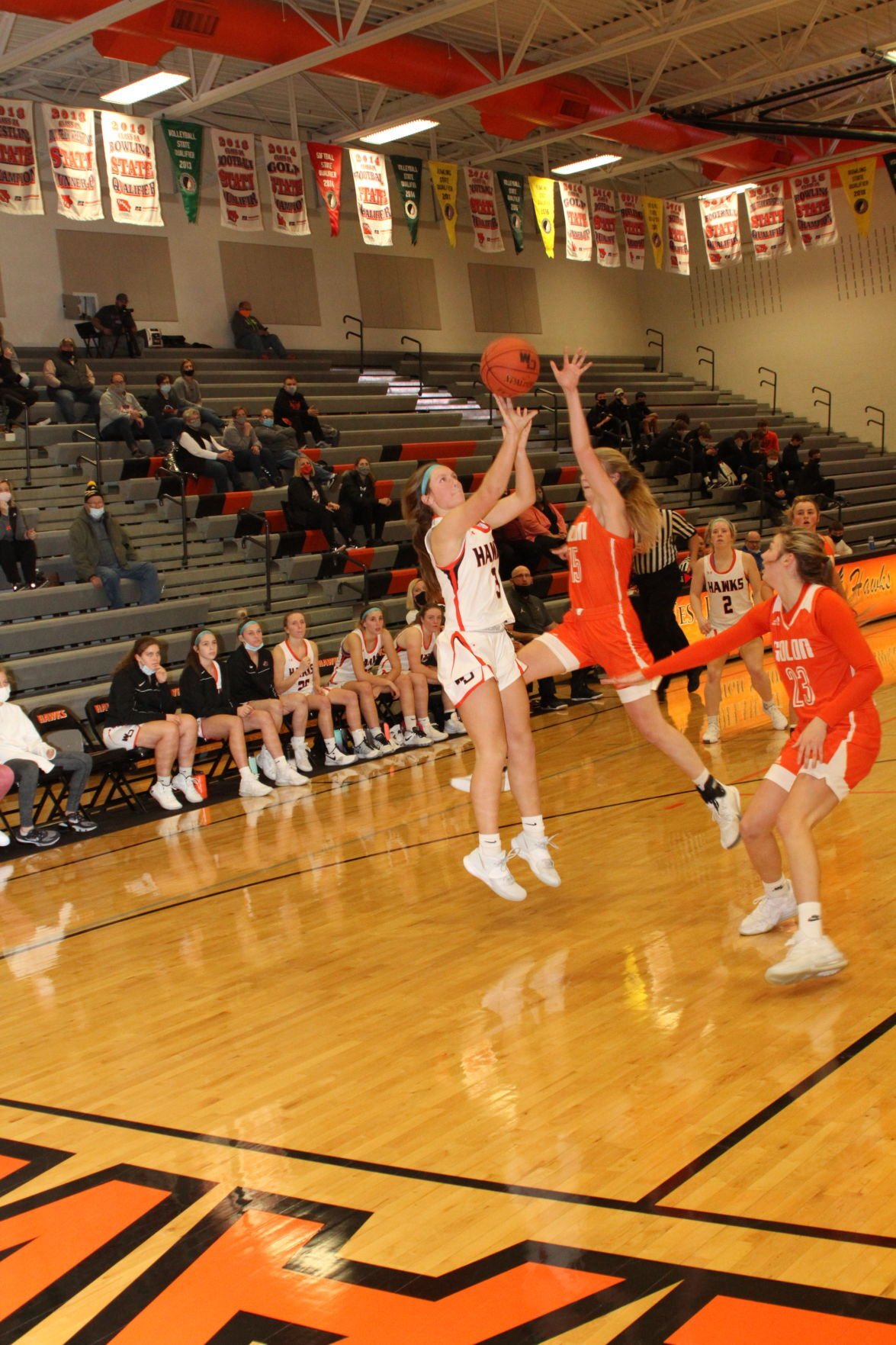 Kayla Felton gets off a jump shot before being fouled by a Solon defender.

Ella Koloc takes to the floor to fight for a loose ball against the Solon Spartans.

Kayla Felton gets off a jump shot before being fouled by a Solon defender.

A dominant defensive effort gave the West Delaware Hawks a 56-39 road win over the Independence Mustangs, Jan. 7. That win came after the Hawks lost to Solon, 62-31, at Seedorf Gymnasium, Jan. 5. The Hawks closed out the week with a 45-33 loss at Maquoketa, Jan. 8.

Alivia Schulte only scored four points, but may have had as much of an impact in the win as anyone. Schulte delivered 11 assists, seven steals and six rebounds while committing only two turnovers.

“Alivia (Schulte) did a great job of taking the lead and getting us into our sets tonight,” said head coach Matt Uthoff. “She dominated the game in other ways besides scoring.”

The Hawks led 11-9 after a quarter and 25-19 at halftime before extending their lead to 43-32 after three quarters.

For the game, West Delaware committed nine turnovers, their fewest in a game this season.

Against the Solon Spartans, the Hawks trailed 8-2 early in the first quarter before fighting back to an 8-8 tie. But Solon outscored the Hawks 21-7 in the second quarter and led 29-15 at halftime.

The Spartans controlled the game the rest of the way. Solon’s defense forced 29 Hawk turnovers in the game.

Ending the week at Maquoketa, West Delaware trailed 14-12 after a quarter before a strong second quarter by the Cardinals made it 26-16 at halftime. The Hawks trailed by 19 early in the third quarter before cutting the deficit to seven. But Maquoketa responded with a three-pointer and the Hawks couldn’t recover.

“Maquoketa has a couple of big kids and their length gave us some issues,” Uthoff said. “We didn’t shoot the ball well. Our goal is to keep teams to 44 or 45 points, then we think we have a shot to win. That didn’t happen but we still saw a lot of positives in the game.”