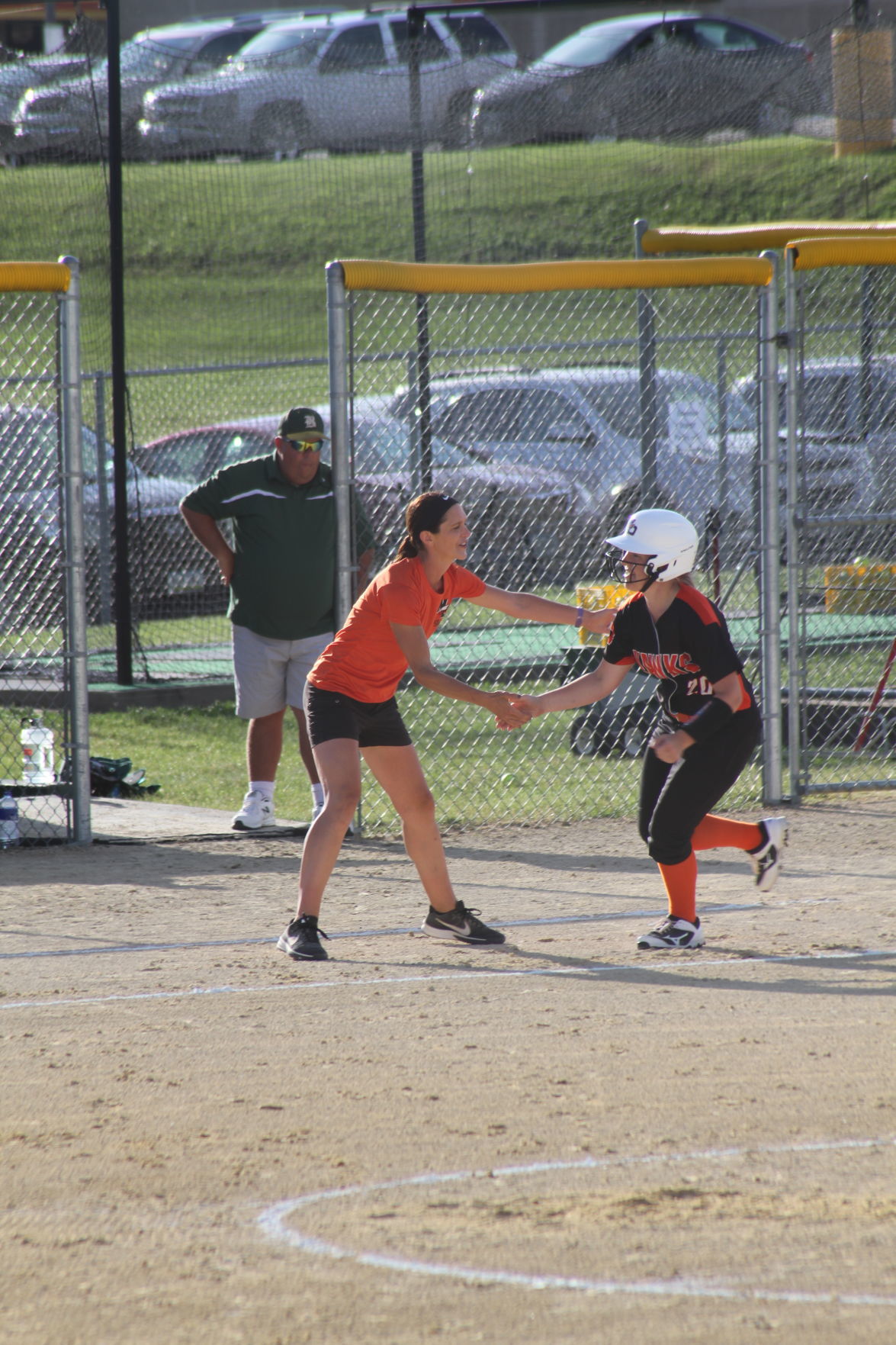 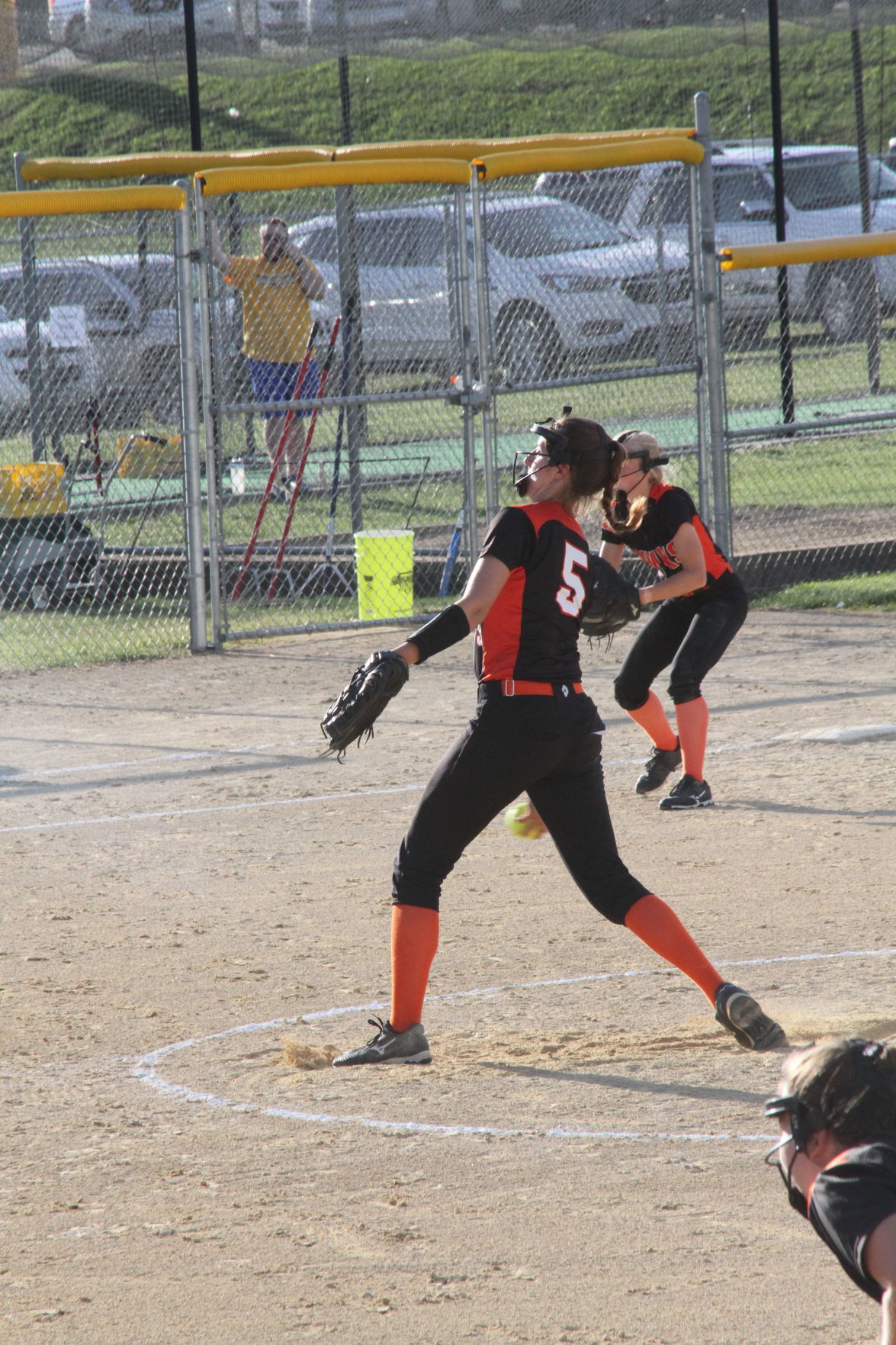 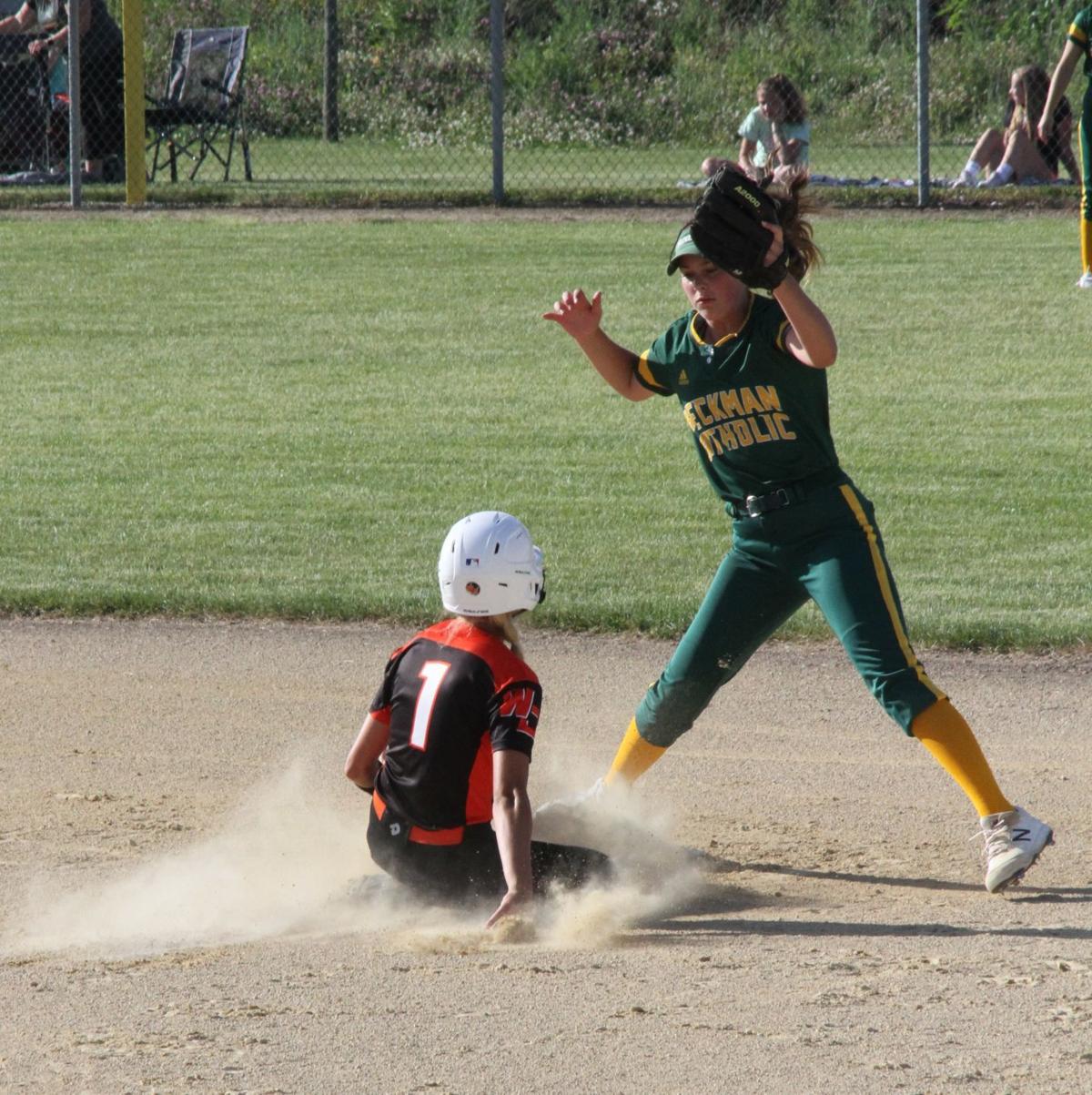 Alivia Schulte slides safely into second base against Beckman Catholic. 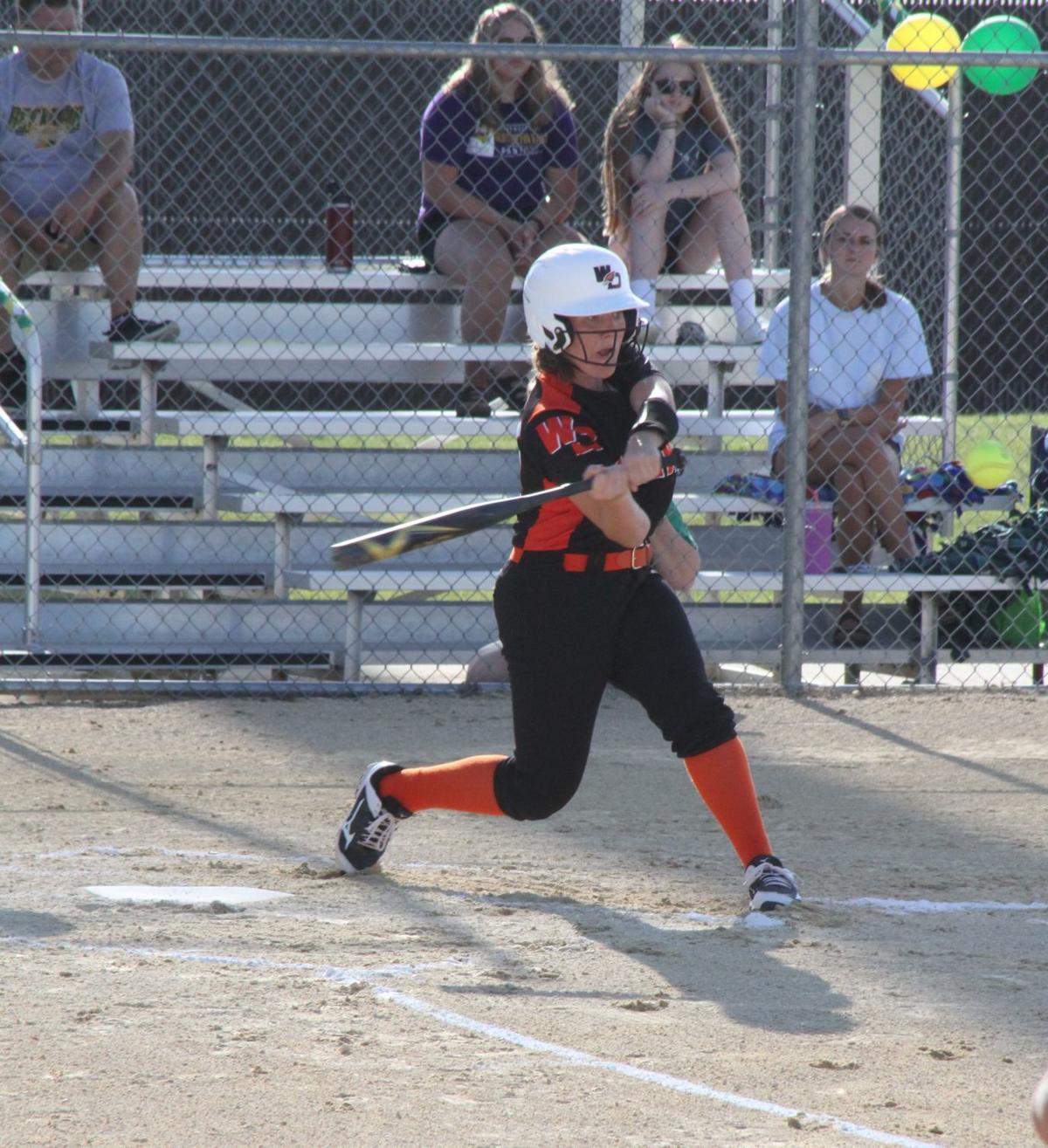 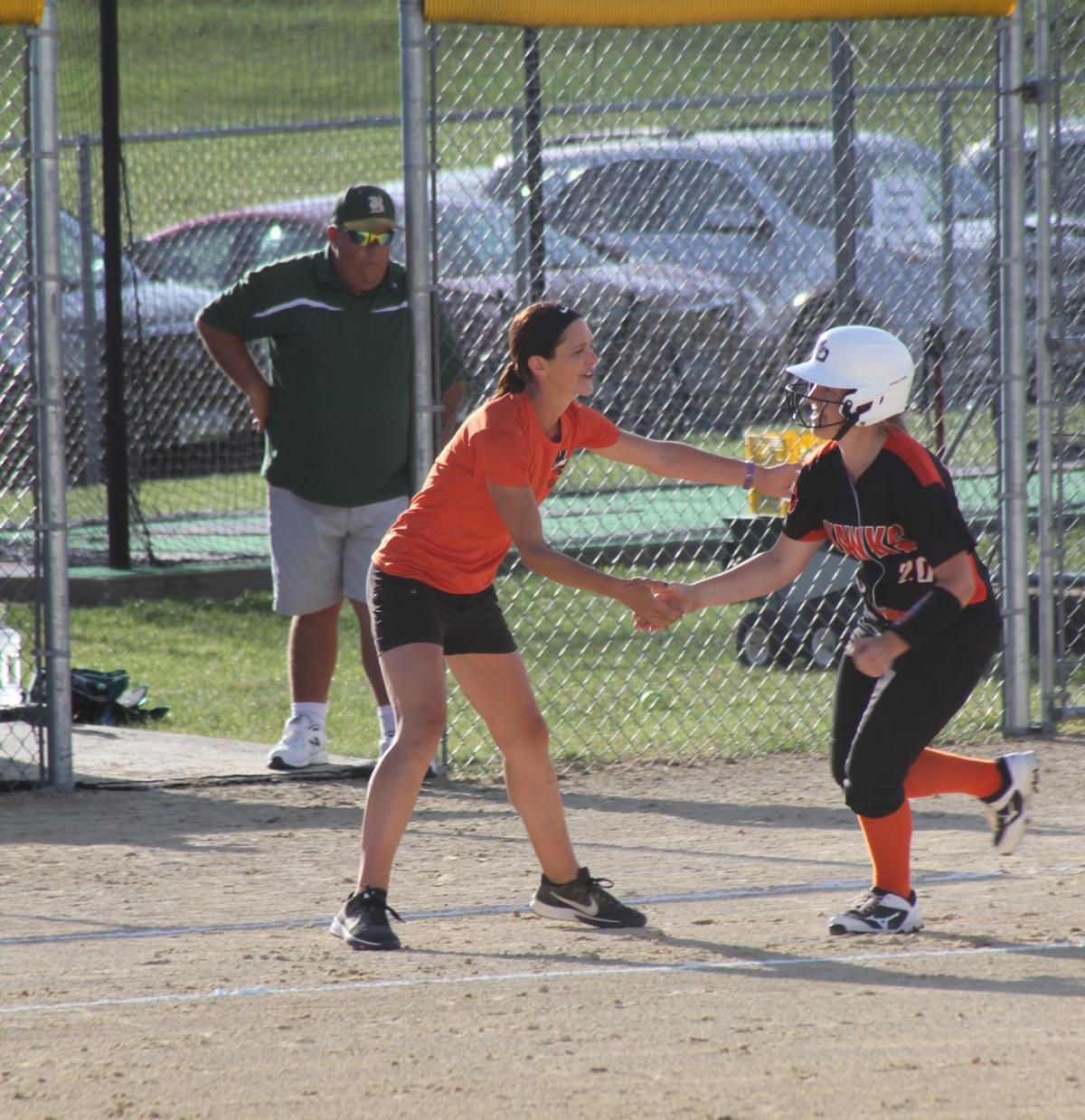 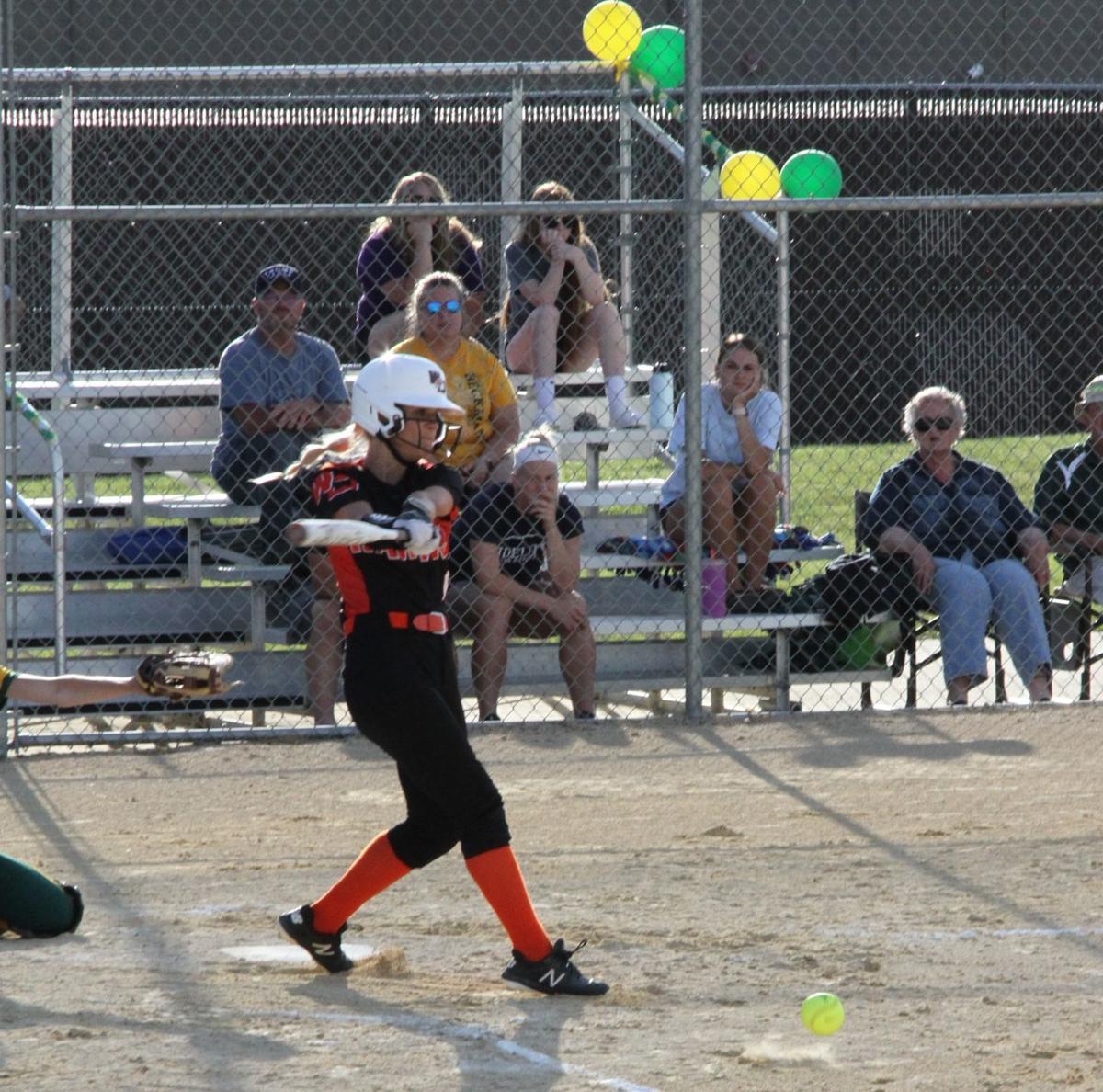 Eve Wedewer turns on a pitch. 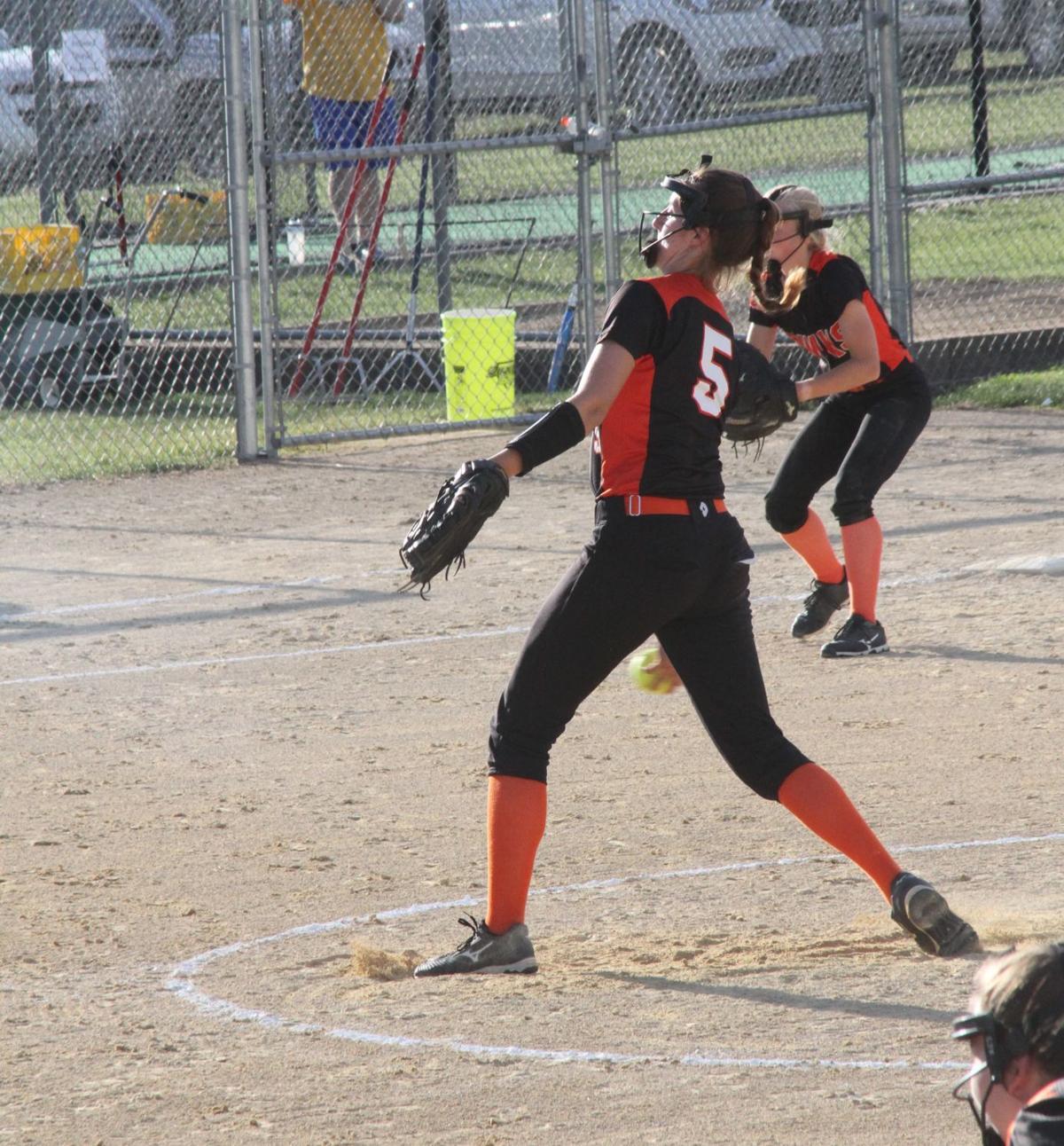 Alivia Schulte slides safely into second base against Beckman Catholic.

Eve Wedewer turns on a pitch.

That can only mean bad news for West Delaware opponents the rest of the season.

West Delaware went 4-0 last week, defeating Center Point-Urbana on the road, 12-0 and 14-0. The next night the Hawks traveled to Dyersville, where they swept Beckman, 9-0 and 13-5.

In the opener at CPU, the Hawks made quick work of their opponents, winning in three innings. West Delaware scored five runs in the first on three hits, then added six more runs on eight hits in the second. A run in the third made it 12-0 for the Hawks.

West Delaware banged out 12 hits. Macey Kleitsch went 3-for-3 at the plate, while Mia Peyton was 2-for-3 with five RBIs for the Hawks. Eve Wedewer and Ella Koloc each went 2-for-3.

Kleitsch faced 10 CPU batters. She allowed only one hit, a single with two outs in the bottom of the third.

Erin Mullen earned the win in the circle, allowing six hits and striking out one.

Rave liked what she saw from her team against CPU. “I was very proud of our offense and consistency. I thought we swung the bat well up and down the lineup.”

In the opener against Beckman, the Hawks turned a two-out error into a pair of runs in the first inning and never looked back. With two outs and no one on base, Kleitsch singled and Heims followed with a walk. Both runners moved up on a passed ball and scored on an errant throw to first that would have ended the Hawk threat.

In the top of the third, Kleitsch and Heims hit back-to-back doubles to lead off the inning. Courtesy runner Alivia Schulte scored on the double by Heims. Later in the inning, a two-run home run by Alissa Holtz scored Heims and gave the Hawks a 5-0 lead.

In the top of the fifth, Kleitsch and Heims set the table again, both reaching on singles. Courtesy runner Schulte scored on a passed ball, with Heims crossing the plate later on a sacrifice fly by Wegmann.

Kleitsch allowed two hits and struck out seven in recording the pitching win.

West Delaware had 15 hits in the game, with Peyton driving in five runs on 2-for-5 hitting. Kleitsch was 3-for-5 at the plate with three RBIs. Wegmann added a pair of RBIs, going 2-for-3 at the plate. Winn and Heims each had two hits for the Hawks, while Felton, Koloc, Holtz and Wedewer each had a hit.

Mullen and Kleitsch each threw for the Hawks, with Mullen getting the start and the win. She allowed 10 hits in 2 2/3 innings of work. Kleitsch relieved, throwing 4 1/3 innings, striking out six and holding the Blazers hit-less.

“I told the girls after the doubleheader that I thought we were starting to look like Hawk softball,” Rave said. We were aggressive on the base paths. We played error-less defense. We pitched the ball well and we hit the ball well.”

She said her team improved during the week. “It was a great week of improvements. We continue to push toward our goals every week and make improvements. As we enter week three of games, we are ready to keep upping our game. This is an exciting time for our sport and we continue to be grateful for the opportunity to step on the diamond every day.”