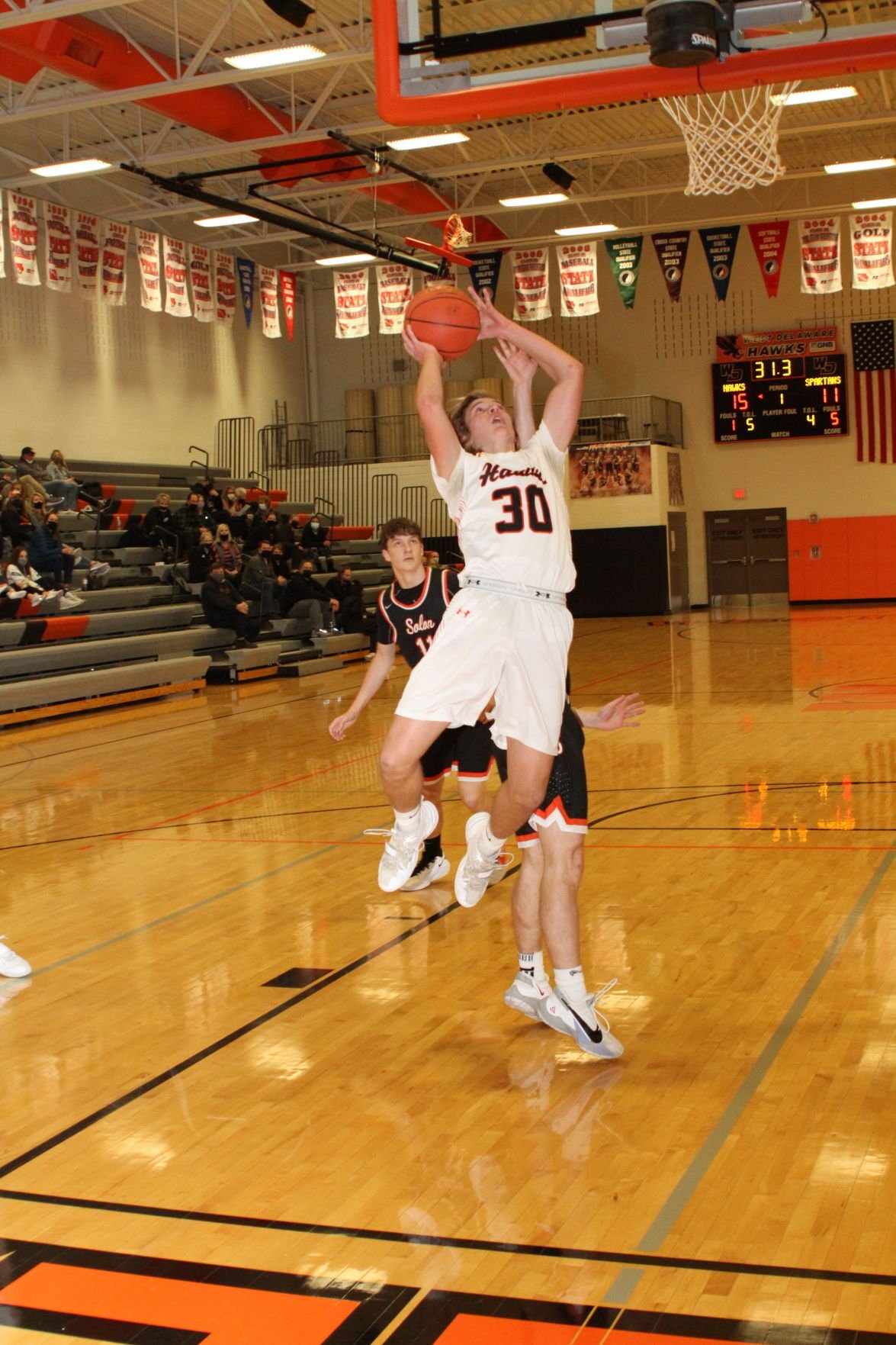 Raub Loecke fights for a basket inside against Solon. 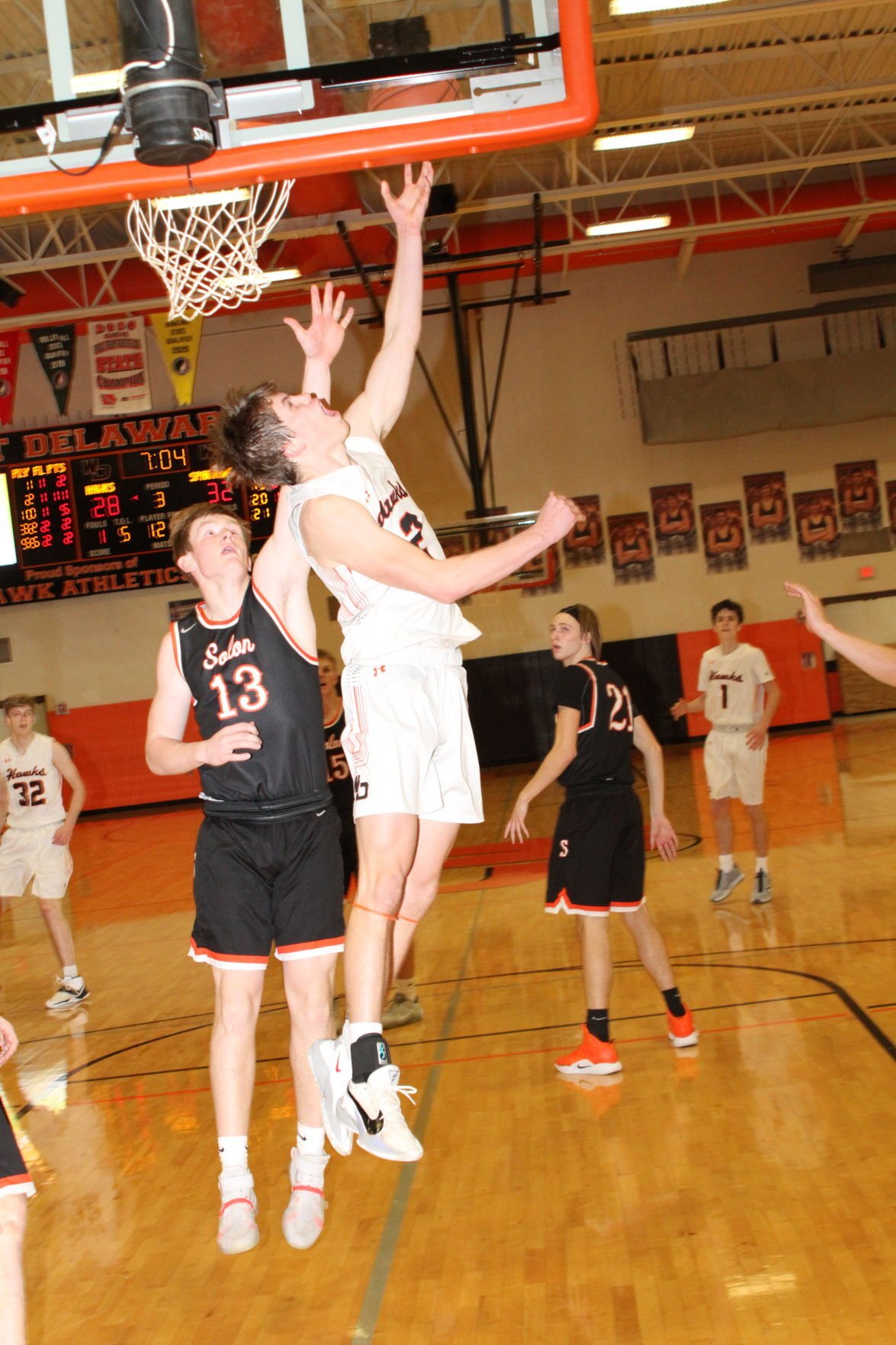 Kyle Kelley puts up a reverse lay up against Solon.

Raub Loecke fights for a basket inside against Solon.

Kyle Kelley puts up a reverse lay up against Solon.

A 78-69 win at Maquoketa snapped a four-game losing streak by the West Delaware boys’ basketball team, Jan. 8, giving the team their first win in 2021. Earlier in the week the Hawks lost a 54-52 game at home to Solon. They closed out the week losing at Wahlert, 64-60.

The Hawks trailed Maquoketa 19-13 after the first quarter and 33-31 at halftime. The Hawks led 51-50 after three quarters before outscoring the Cardinals 27-19 in the final eight minutes.

The Hawks were able to score several points in transition, something the coaching staff has stressed in practice.

“We saw Maquoketa wasn’t getting back in transition. We’ve emphasized running the floor. We were able to get some buckets off that,” head coach Drake Schuring said.

Schuring said both Hawk big men played well. “Luke (Kehrli) played well tonight, but so did Mitch (Krogmann). Luke started tonight because of match up purposes. This was a great team effort. Our defense was there all night.”

Against Solon Jan. 5, a basket by Solon’s David Bluder with 2.2 seconds to play resulted in the two -point loss for the Hawks.

The Hawks led 17-11 after a quarter only to see Solon take a 30-28 lead into halftime. The game remained tight in the third, with the Hawks leading 44-42 after three quarters.

Kelley led the Hawks with 25 points.

Coach Schuring said, “We played with much more energy and confidence tonight, something we emphasized before the game. That translated onto the floor tonight.”

The Hawks only had 11 turnovers in the game. “We did a really good job of decision making tonight,” Schuring said, adding, “I thought our bench was awesome from top to bottom.”

The Hawks closed out the week at Wahlert, Jan. 9, where 20 Hawk turnovers sealed their fate.

“This was a great effort by our team, but the turnovers put us in a tough spot,” Schuring said.

The Hawks led 15-12 after a quarter before Wahlert Catholic took a 31-27 lead into halftime. The Hawks trailed 43-38 after three quarters.