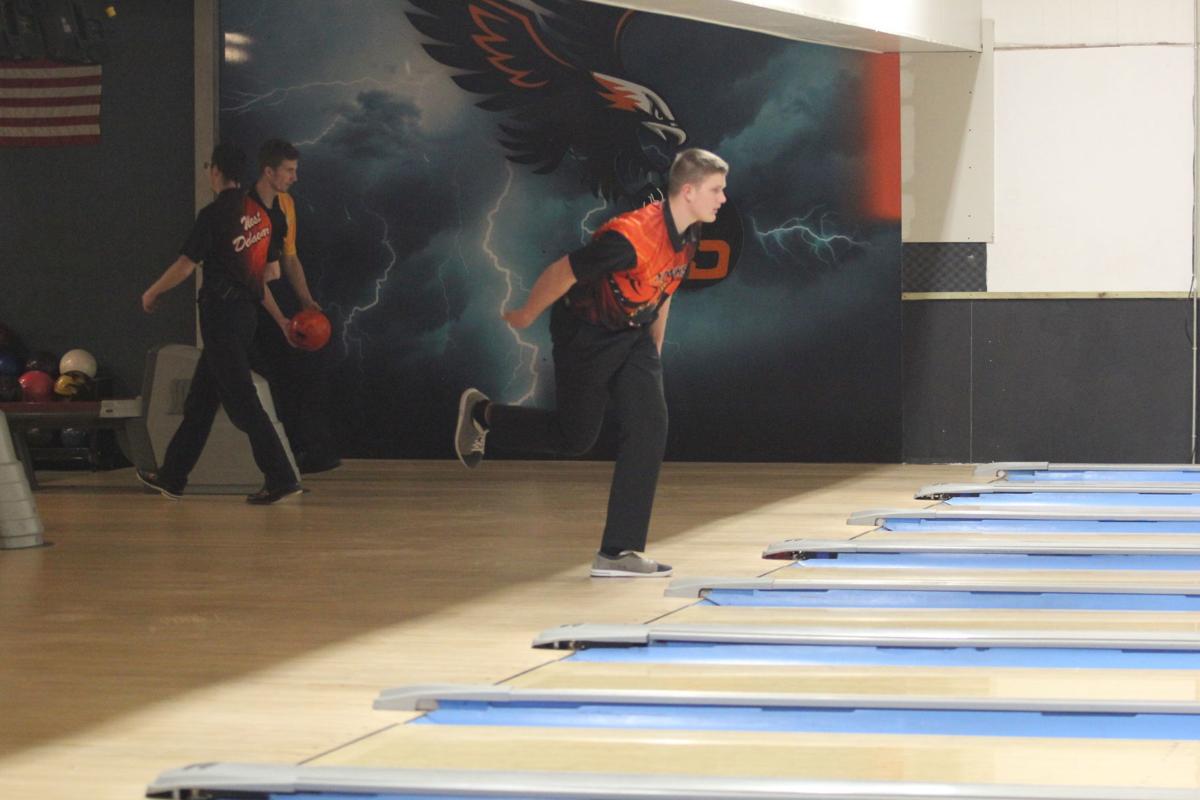 Eli Heims finishes at the foul line during their meet against Vinton-Shellsburg Jan. 3. 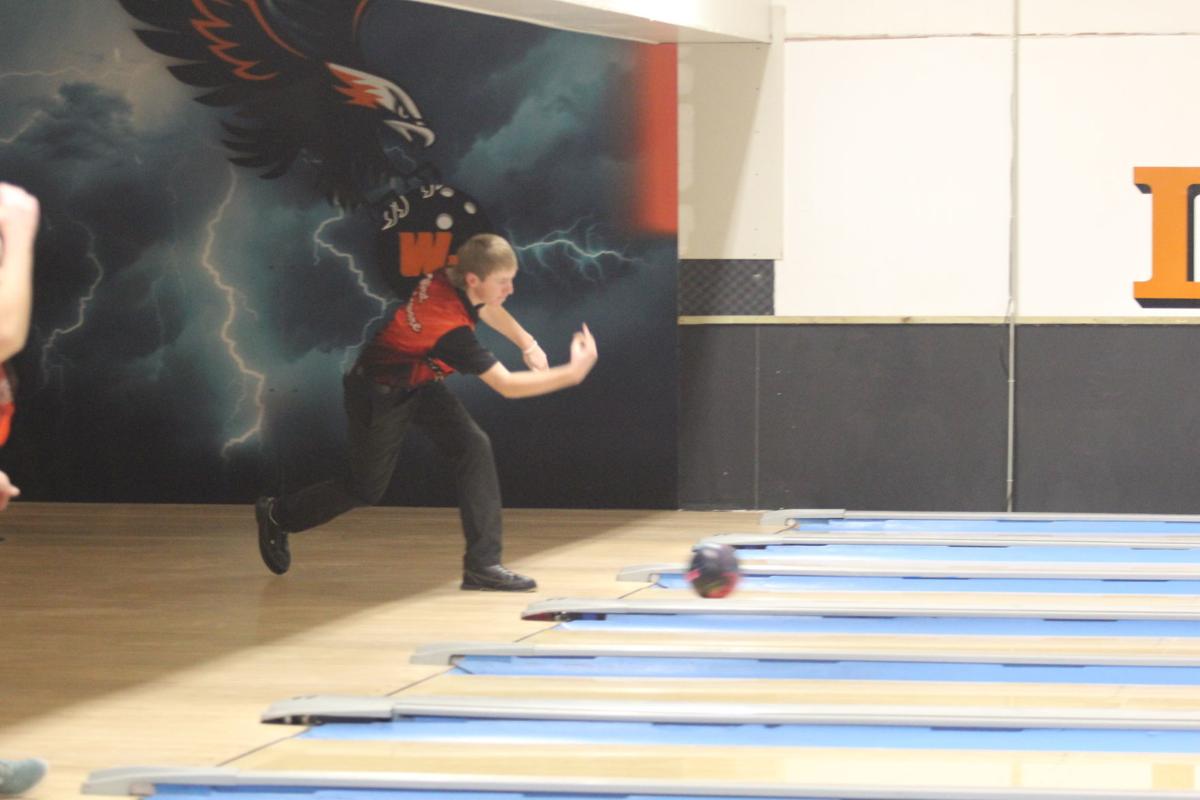 Brandon Larsen releases his ball enroute to a 420 series.

Eli Heims finishes at the foul line during their meet against Vinton-Shellsburg Jan. 3.

Brandon Larsen releases his ball enroute to a 420 series.

West Delaware boys bowling team had its hands full Jan. 3 when the Hawks welcomed the Vinton-Shellsburg Vikings to Lightning Lanes. The Vikings brought in a 2,968 match average while the Hawks sat at 2,808. Vinton-Shellsburg was too much for WD as they were defeated 2,950-2,765.

Heims and Larsen struggled with some carry on their shots, but were able to fight through that mental wall to get good scores.

“Tonight was a good learning night for all of the guys,” coach Bob Morris said. “You have to battle through the misses. Conditions are always changing, and we have to get some of our new bowlers matching to what the lanes call for.”

Two of the bowlers on the varsity squad use the two hand technique which is often tougher to teach. Morris said there is a little difficulty with this.

“I have used one hand to bowl my whole life,” he said. “I have some guys to go to to ask for advice, but a big thing with two handers is their control. However, both bowlers are getting better.”

With around 50% of the team being new to the sport, there is plenty to work on. Morris zones in on one big thing he wants his team to improve.

“I want to see the guys hitting their mark more consistently and staying around the head pin,” he said.

The day after their meet against Vinton-Shellsburg, the Hawks traveled to Louisa Muscatine for a tournament with 14 teams. West Delaware finished ninth with a score of 2,745.