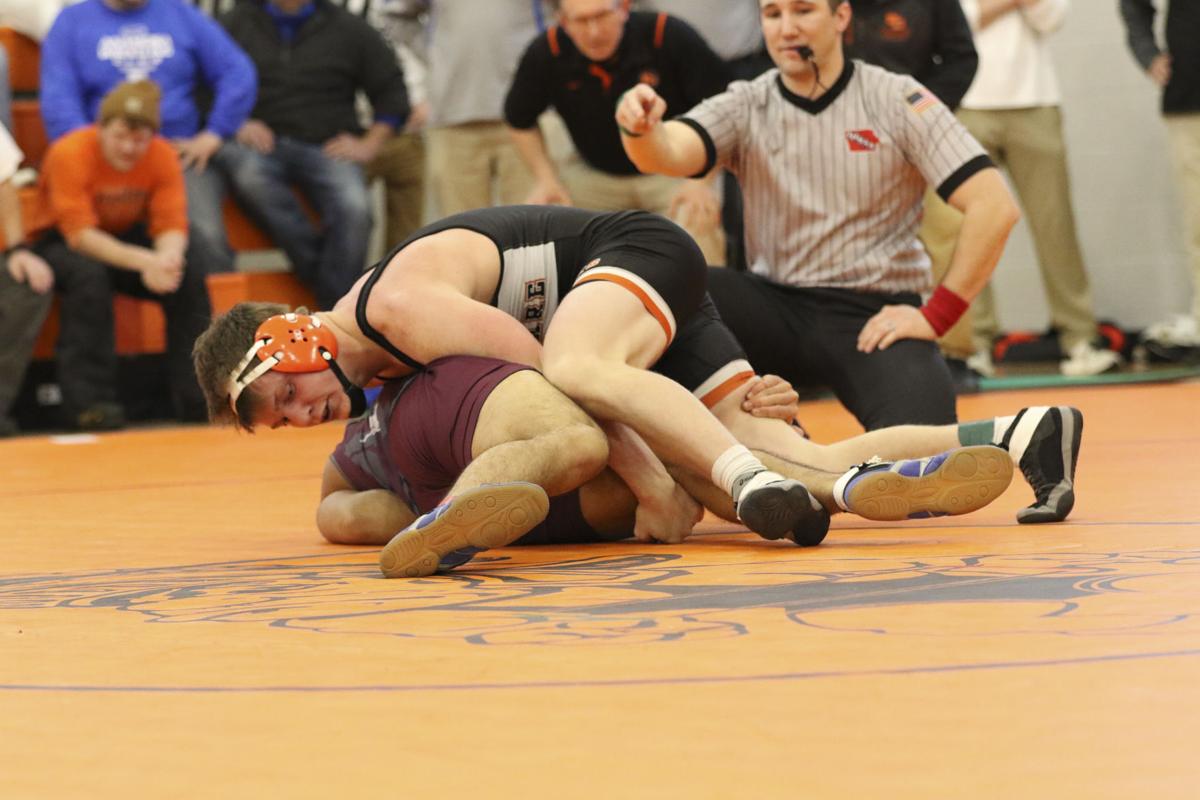 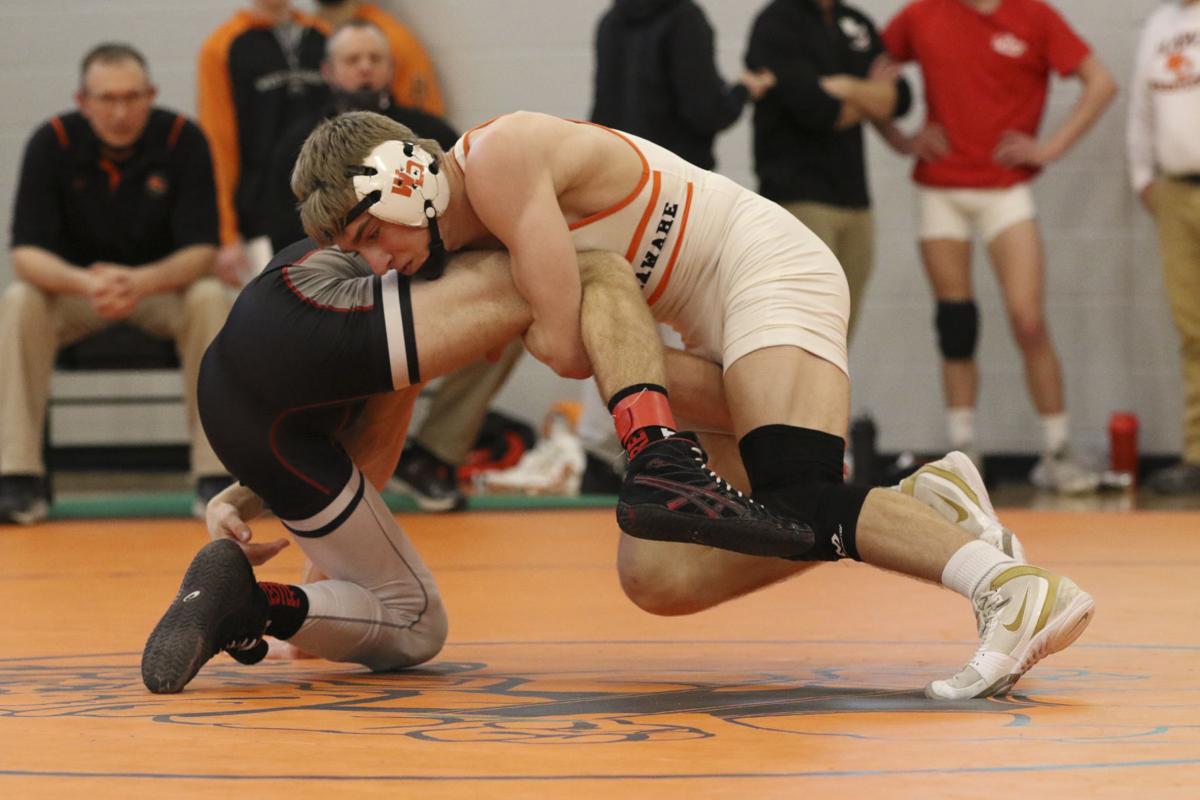 West Delaware will be poised to compete for a traditional team title at Wells Fargo Arena, in Des Moines, after advancing 11 wrestlers to the 2021 State Wrestling Tournament, Feb. 18-20.

“Our goal is for every wrestler to give their best effort in every match. I feel win or lose our guys did that at districts,” said coach Jeff Voss. “I am very proud of how this team is developing at this time of year. We are still improving which is important to our overall development as we head further into the postseason.”

The Hawks crowned seven district champions, and will send three unbeaten and top-ranked wrestlers to Des Moines — Jared Voss at 170, Wyatt Voelker at 195 and Carson Petlon at 285.

Carson Less (33-5) picked up the first West Delaware title at 113 with a 4-3 win over Royce Butt of Central DeWitt. Blake Engel (36-4) was right behind at 126 with a fall over Alex Beaver of West Liberty.

Reily Dolan (27-6) kept a fine senior season going at 132 winning a 6-2 decision over Jackson Jaspers of Mount Vernon. Jadyn Peyton improved to 38-1 at 152, pinning Anamosa’s Alex Casey in the championship bout, and Voss (36-0) won a 21-5 technical fall over Logan Waltz of Camanche.

Brayden Maury (29-11) won a wrestleback over Colin Cassidy, of West Liberty, to take second at 106 and advance. Staveley Maury (28-14) was runner-up at 138 after dropping a 12-6 final to Kain Luensman, of Monticello, and Logan Peyton (29-11) was second at 145, dropping the championship match to Eric Kinkaid, of Camanche.

Senior Cael Meyer (26-5) was the final runner-up finisher for the Hawks, pinning Mount Vernon’s VJ Boyal in 1:26 in a winner-take-all match for a trip to Des Moines.

“Mindset is a big part of the postseason,” Voss said. “How we respond through the ups and downs of the postseason will have a big impact on the outcomes our team and individuals finish this year. The effort and enthusiasm our team is practicing and competing with is fun to watch.

“We appreciate all the support from the West Delaware family. We had a great showing at Regionals and Solon and several people attended the watch party. Our fans are the very best in the state and are a big part of West Delaware wrestling.”