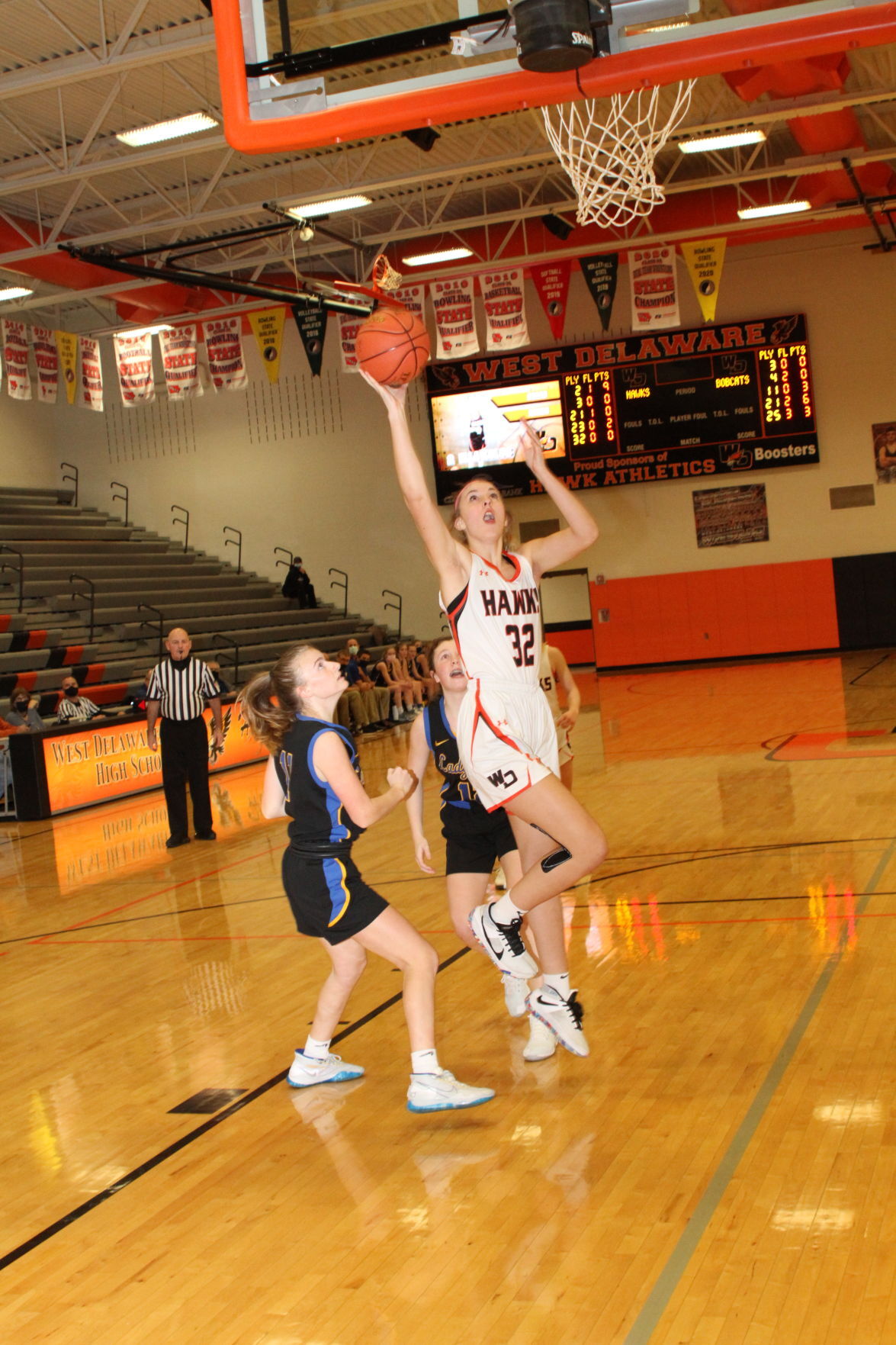 Erin Hellmann slips past a pair of Benton Community defenders to score two. 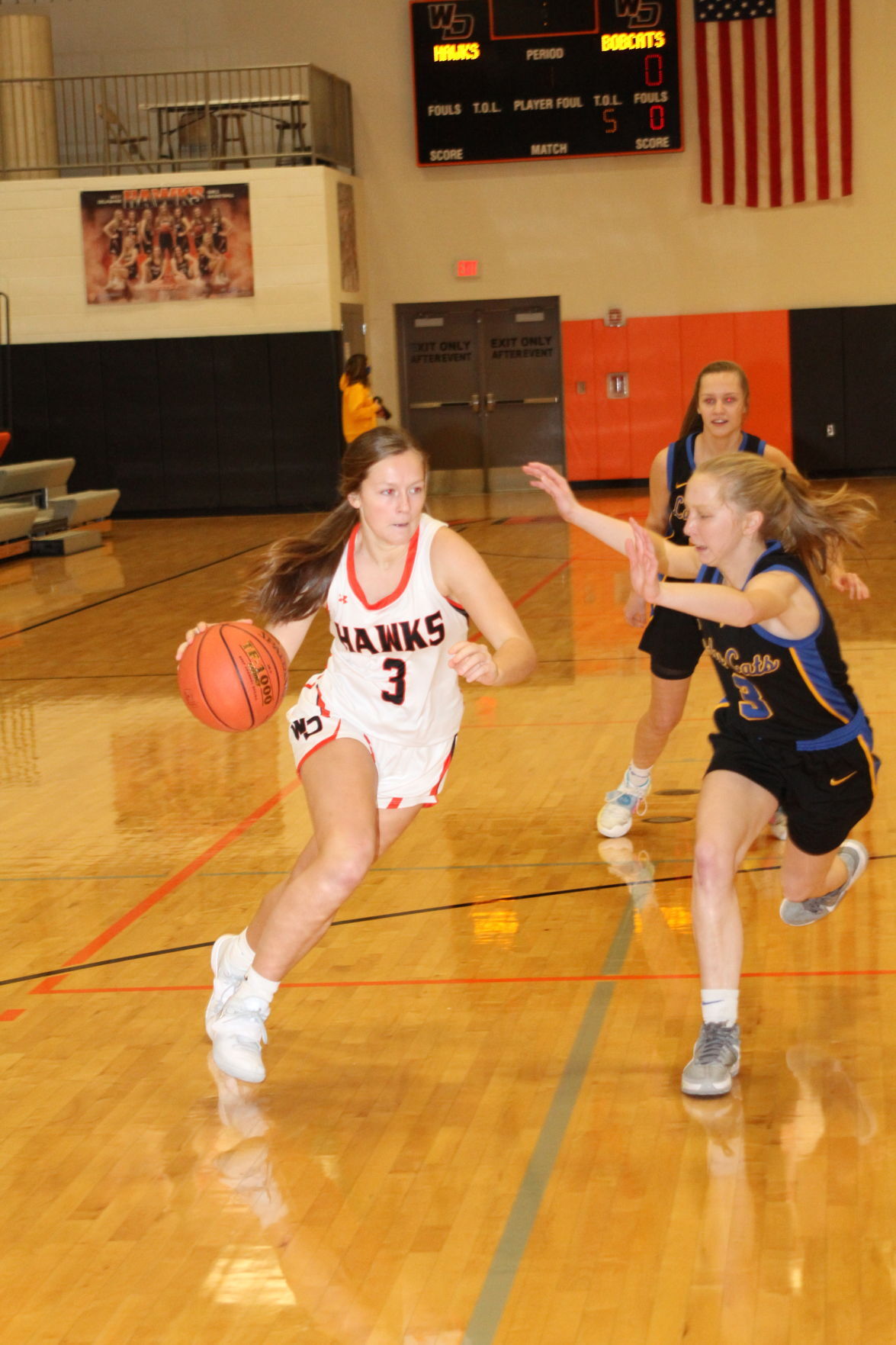 Erin Hellmann slips past a pair of Benton Community defenders to score two.

Against Benton Community, the Hawks got good looks at the basket all night long, but couldn’t convert those looks into points. West Delaware committed seven first-quarter turnovers and managed only a pair of Ella Koloc baskets to trail the Bobcats 14-4 after a quarter.

In the second quarter, the Hawks’ defense held Benton Community to a three-pointer by Abby Rinderknecht. The Hawks got a basket by Alivia Schulte to cut the lead to 14-6. After forcing a Bobcat turnover, Claire Ridenour scored. A miss by the Bobcats and a basket by Koloc cut the lead to 14-10. Later in the quarter, another Koloc basket made it 14-12 before a Rinderknecht basket gave the Bobcats the 17-12 lead. Neither team scored the final 2:45 of the half.

In the third quarter, Benton Community started with a 5-0 run for a 22-14 lead. Later in the quarter, trailing 24-17, back-to-back baskets from Erin Hellmann trimmed the Bobcat lead to 24-21. But the Hawks failed to score the rest of the quarter and trailed 27-21 after three quarters.

Coach Matt Uthoff complimented his team on their effort. “I thought we had good looks all night. I thought it was one of our best offensive games as far as spacing and movement. Our girls really executed well. It started for us by handling their pressure. There were a lot of positives tonight.”

Benton Community came into the contest averaging 65 points a game. Uthoff said his team’s defensive play frustrated the Bobcats. “Our girls have bought in defensively and it’s starting to show. We frustrated them. But they hit a couple of huge shots when they needed to and unfortunately, we had a lid on the basket at times tonight.”

Uthoff noted the play of Hellmann off the bench. “She had some nice minutes tonight that carried over from Tuesday night (Dubuque Senior). She had a great game Tuesday. She gives us some good size. Tonight she battled and made some hustle plays. She’s making progress just like everyone else has. It’s encouraging to see how some of these kids are developing and how we are growing.”

Against Dubuque Senior, the Hawks trailed 21-10 after a quarter and 35-18 at halftime before playing the Rams even in the second half.

Coach Uthoff said, “Senior has four really good guards and a 6-2 girl inside. They did some things that really challenged us from an athletic standpoint. But we fought.”