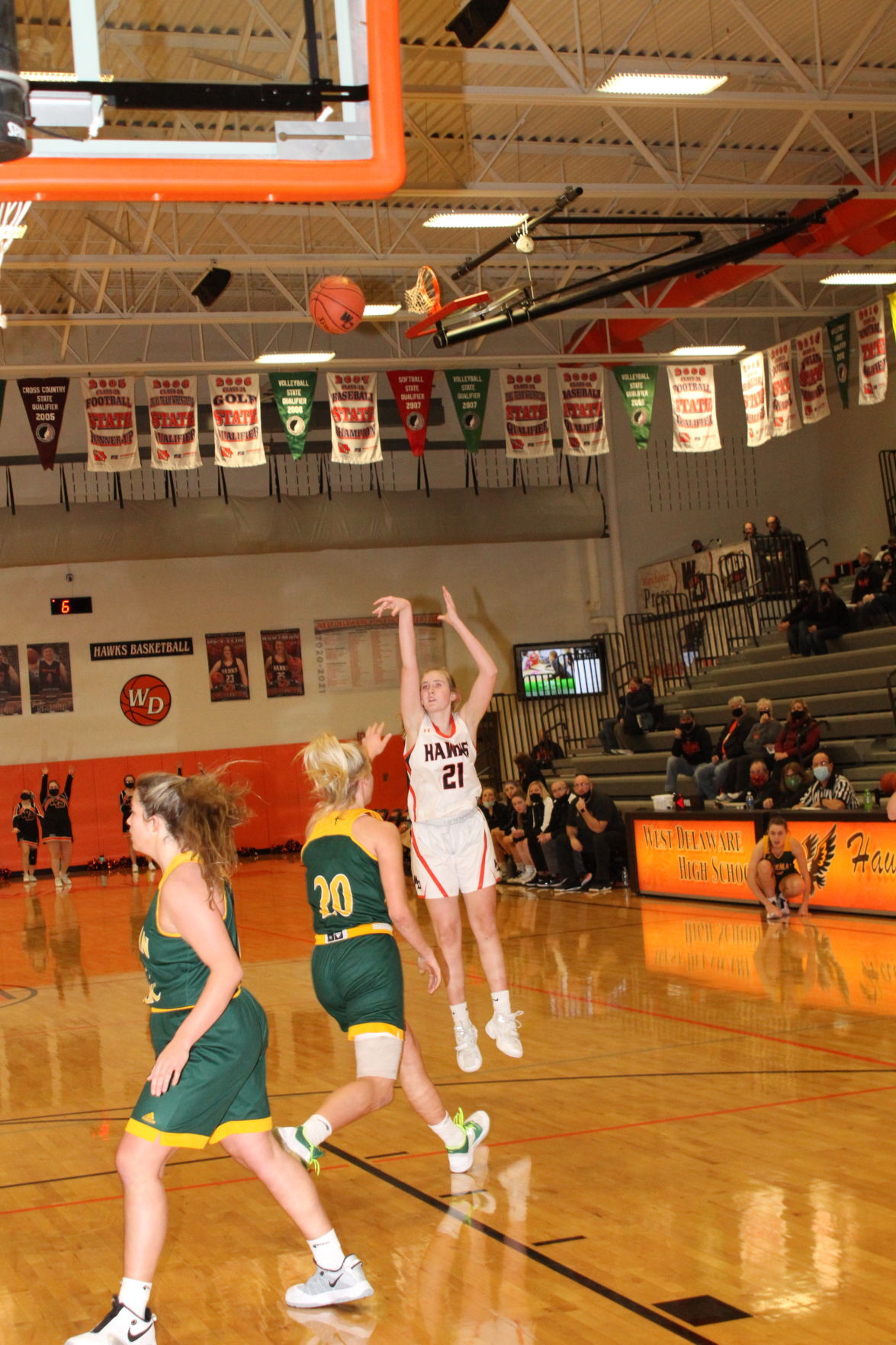 Kennedy Klostermann sends a shot to the rim against Beckman. 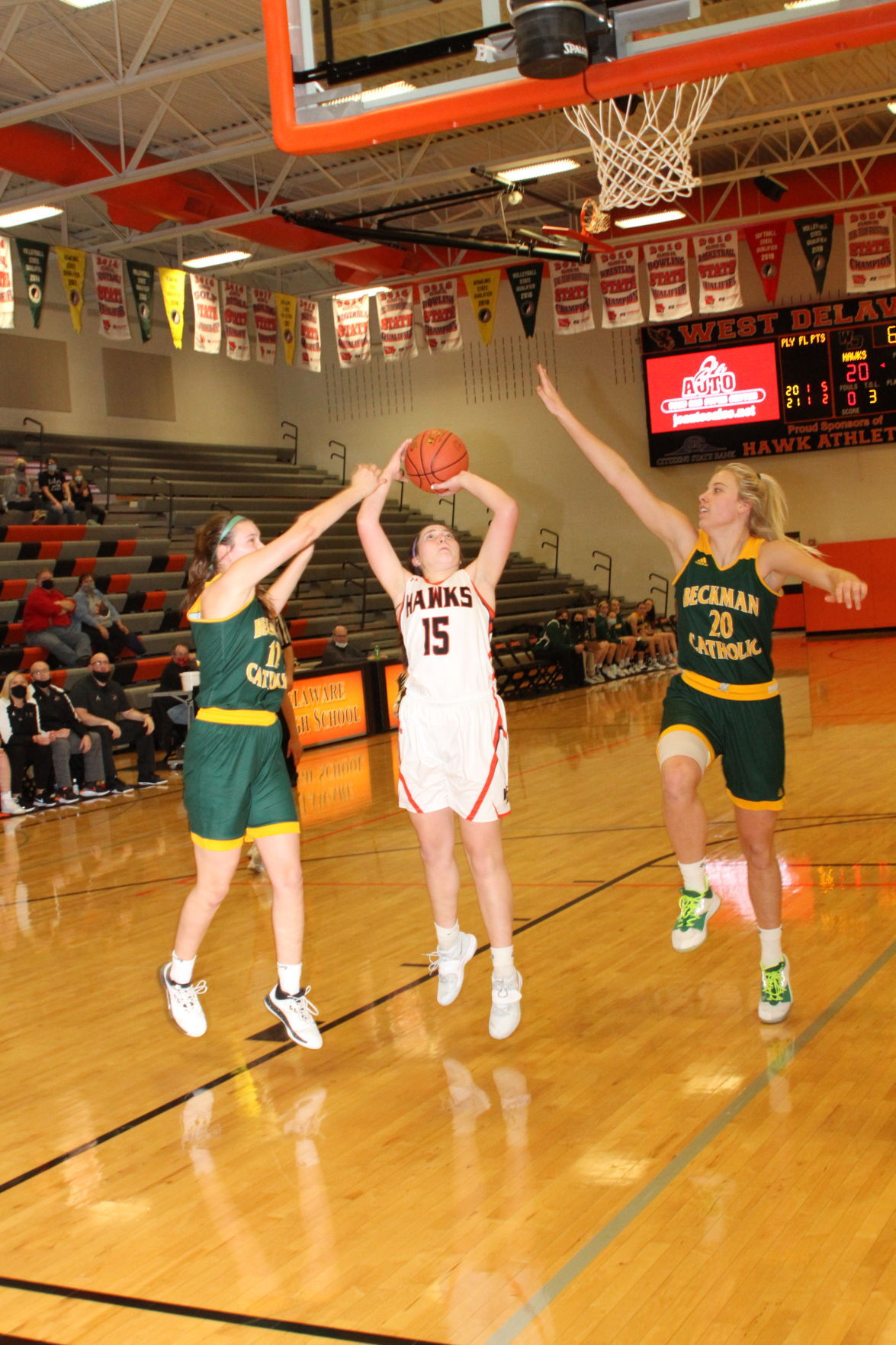 Claire Ridenour draws a foul on her shot attempt against Beckman.

Kennedy Klostermann sends a shot to the rim against Beckman.

Claire Ridenour draws a foul on her shot attempt against Beckman.

The Hawks and Blazers were tied 8-8 after the first quarter, but the visiting Blazers outscored the Hawks 22-9 in the second quarter to take a 30-17 lead into halftime. A second-quarter defensive switch to a zone by the Blazers forced several Hawk turnovers in the quarter. After committing only four turnovers in the first quarter, West Delaware added nine more in the second quarter.

The second half saw West Delaware cut into the Blazer lead. Defensively, the Hawks forced three Blazer turnovers to start the third quarter. On the offensive end, a three-pointer by Alivia Schulte and a pair of free throws by Ridenour cut the Blazer lead to 30-22. After a Blazer basket, a jumper by Kayla Felton brought the Hawks within 32-24. But the Hawks failed to score in their next five possessions and saw Beckman Catholic extend the lead to 37-24. West Delaware trailed 43-27 after three quarters.

Ridenour led the Hawks with 11 points, followed by Ella Koloc, Felton and Schulte with six, Erin Hellman with three and Kennedy Klostermann and Mia Peyton with two.

Coach Matt Uthoff said his team gave the Blazers too many second-chance opportunities. “The first quarter I thought we played with a lot of energy, we just didn’t finish. We were tied with them and they had seven or eight offensive rebounds on us. In the second quarter, they switched to a zone, which we knew they were going to do and it kind of messed with us a bit. We got a little sloppy with the ball and they had a bunch of deflections. Every 50-50 ball that was even close they beat us to. We kind of put our heads down a little bit.”

Uthoff said his kids played better after halftime. “We made some adjustments offensively to attack their zone. We limited our turnovers in the second half a bit. Our message to the kids is that we fought, we hung around, but we have to find a way to limit those compound mistakes.”