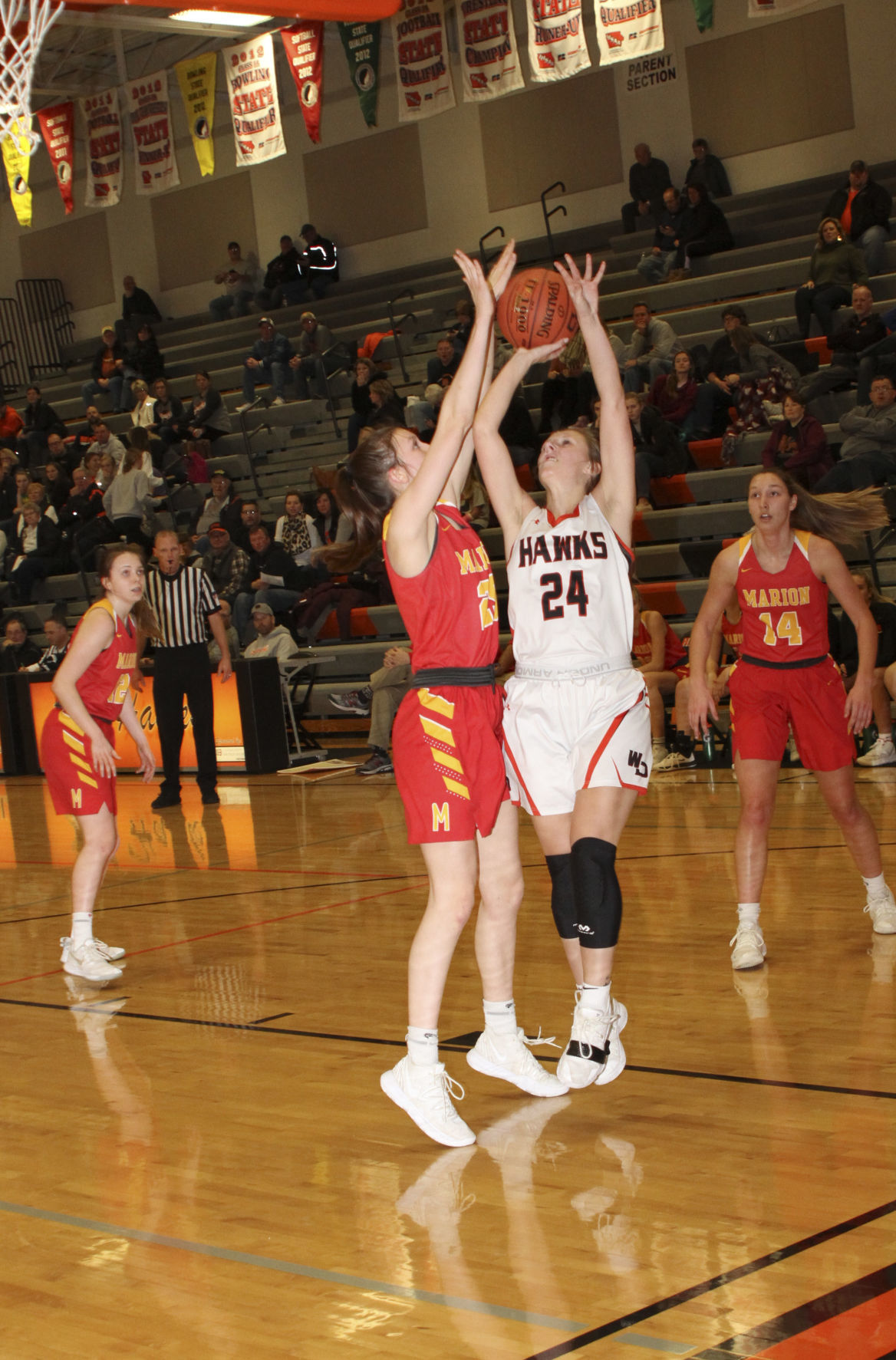 Hailey Hellmann takes the ball to the basket for West Delaware. 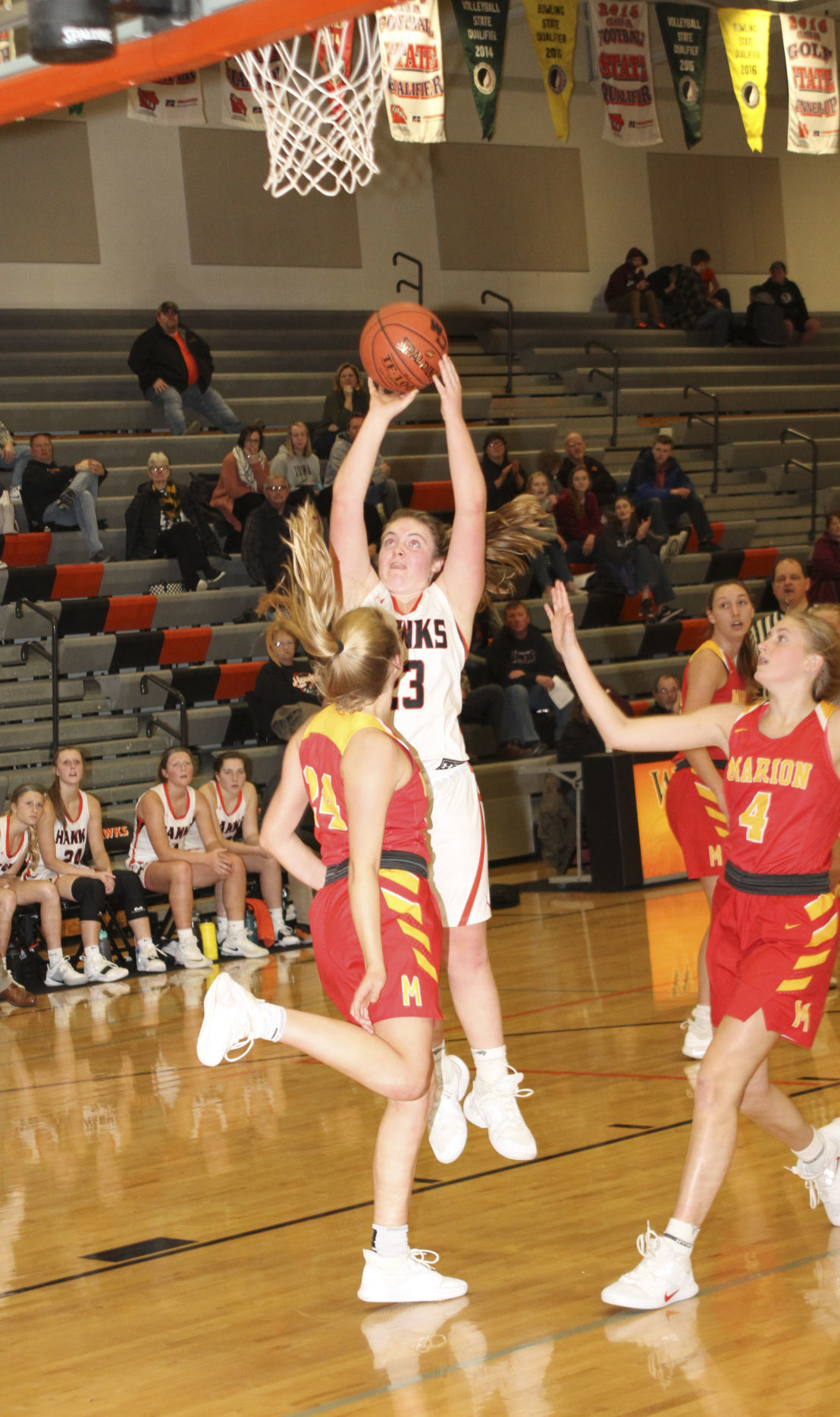 Mia Peyton goes up and over a Marion defender on her shot attempt.

Hailey Hellmann takes the ball to the basket for West Delaware.

Mia Peyton goes up and over a Marion defender on her shot attempt.

A cold first quarter put the West Delaware girls’ basketball team in a 17-3 deficit it couldn’t climb out of as the Hawks lost to the Marion Indians, 51-17, Jan. 7, at Seedorff Gymnasium.

The Hawks had trouble scoring against Class 4A’s second-ranked Indians, but they were able to handle the ball against them. West Delaware committed only three first-quarter turnovers, handling the Marion 1-3-1 zone press. The Hawks committed 16 turnovers in the game, down significantly from games earlier in the season.

West Delaware trailed 35-8 at halftime and 44-13 after three quarters.

Coach Rod Conrad said Marion’s length and physicality took a toll on his team. “At times, if we were making a cut or a drive, if they stopped us, we gave up on the cut or drive. If they hit us, we wouldn’t push through. Marion is a physical team and we had to be more aggressive than we have ever been.”

Conrad liked what he saw of his team against the Marion press. “We took care of the ball better tonight at times. Against their press, we needed to look toward the sideline more sometimes. But we limited our turnovers coming out of the press.”

The Hawks’ game with Solon Jan. 10 was postponed due to bad weather.