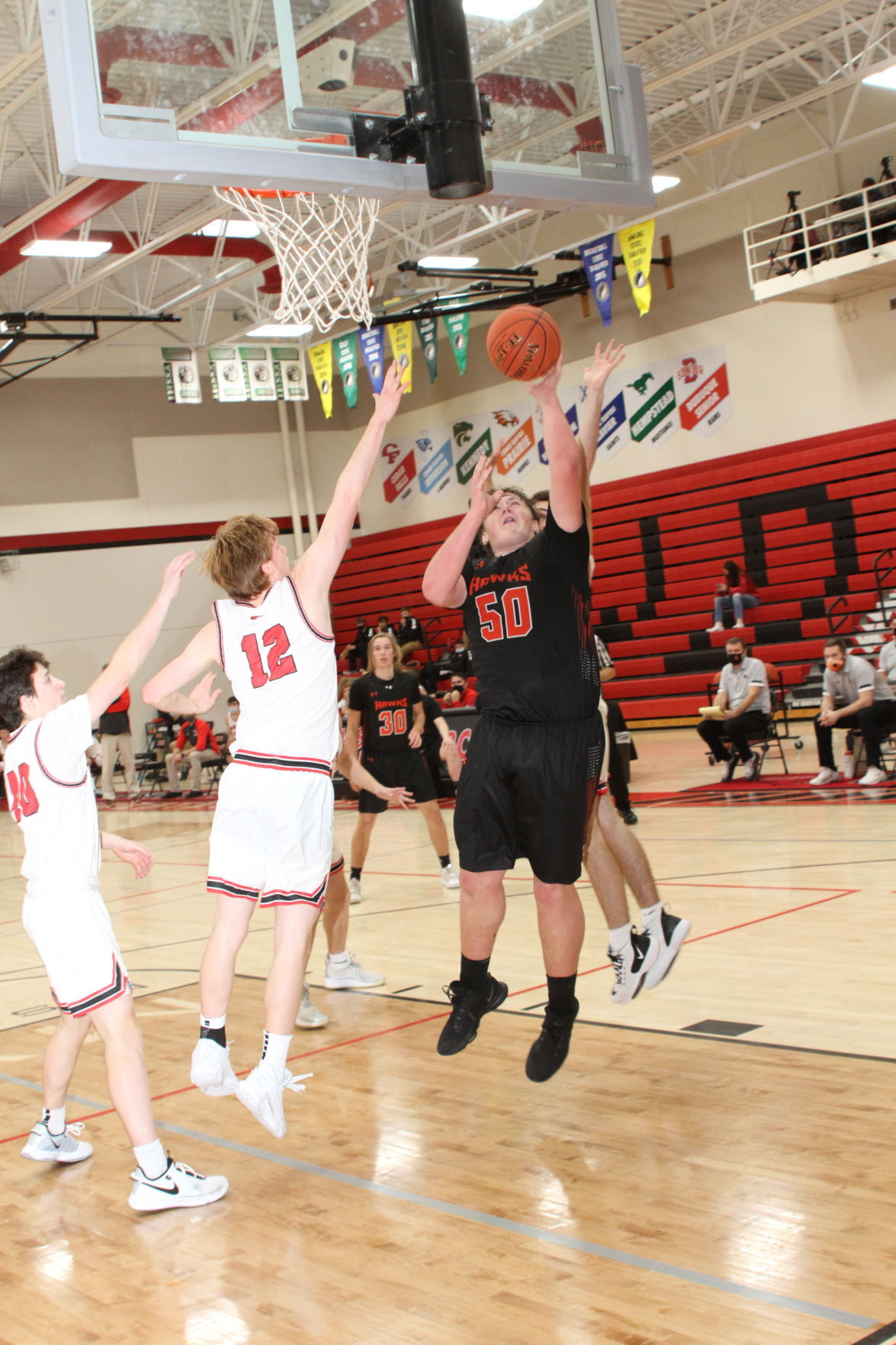 Luke Kehrli battles inside for two against Western Dubuque. 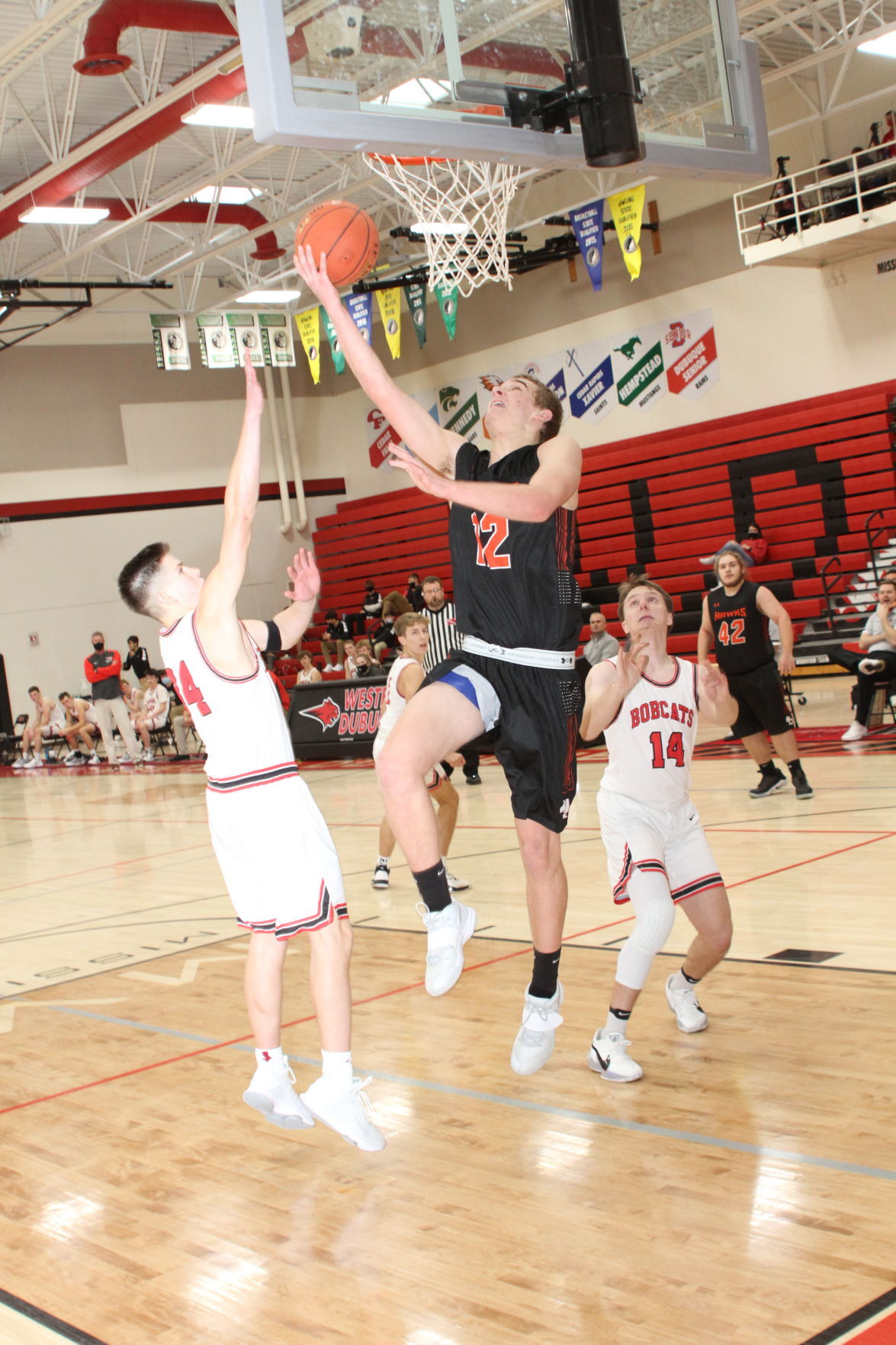 Luke Kehrli battles inside for two against Western Dubuque.

A tough first quarter proved too much for the West Delaware boys’ basketball team to overcome as they lost a non-conference contest to the Western Dubuque Bobcats, 76-48, at Epworth, Jan. 2.

The Bobcats jumped out to a 21-6 lead after the first quarter, thanks to five three-pointers.

A jump shot by Eric Salow gave the Hawks a 2-0 lead, the only time they led in the contest.

“The first quarter was tough,” said West Delaware head coach Drake Schuring. “Western Dubuque shot lights out, but unfortunately, we let them. We gave them too many open looks early. That came back to bite us because then they made some contested shots. We can’t let a team like them get into a rhythm like that.”

Schuring said while the Hawks didn’t defend well in the quarter, offensively they did everything but finish. “I thought we got good looks at the basket. Guys were moving and doing what they were supposed to do. We missed a couple of layups in the quarter. Unfortunately, things didn’t fall for us today.”

Schuring said the Hawks played well in some areas of the contest. “We can take away a lot of good stuff from today, more than one might think after a loss like this. We definitely are getting better offensively. We are getting good looks. That’s something that this late in the year is tough because teams scout you and scout you over and over again. I thought our ball movement was better than it had been the past couple of games and we handled their pressure.”

The Hawks committed only 12 turnovers in the contest.

West Delaware now sets their sights on the rest of the WaMaC season before tournament play.