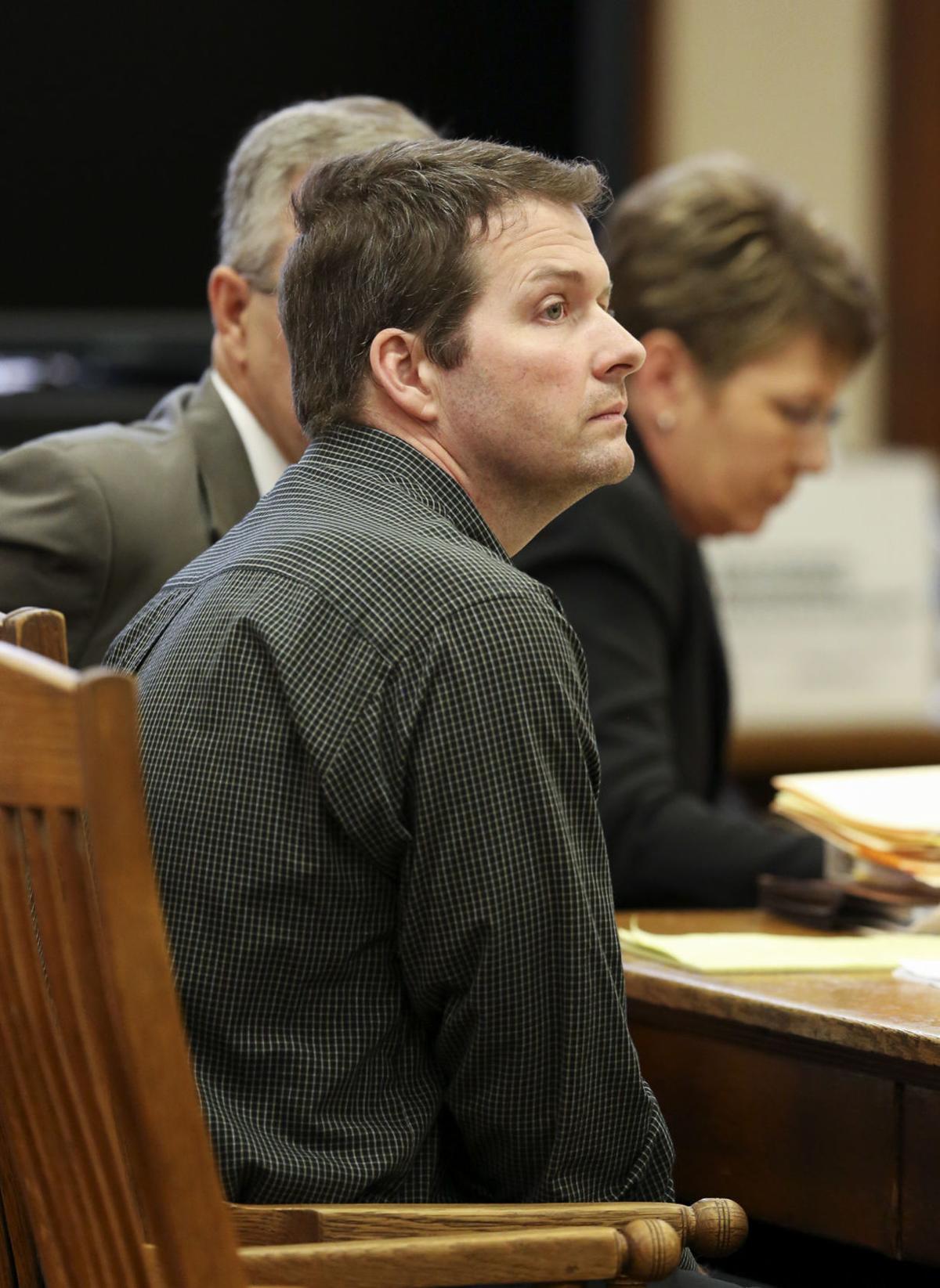 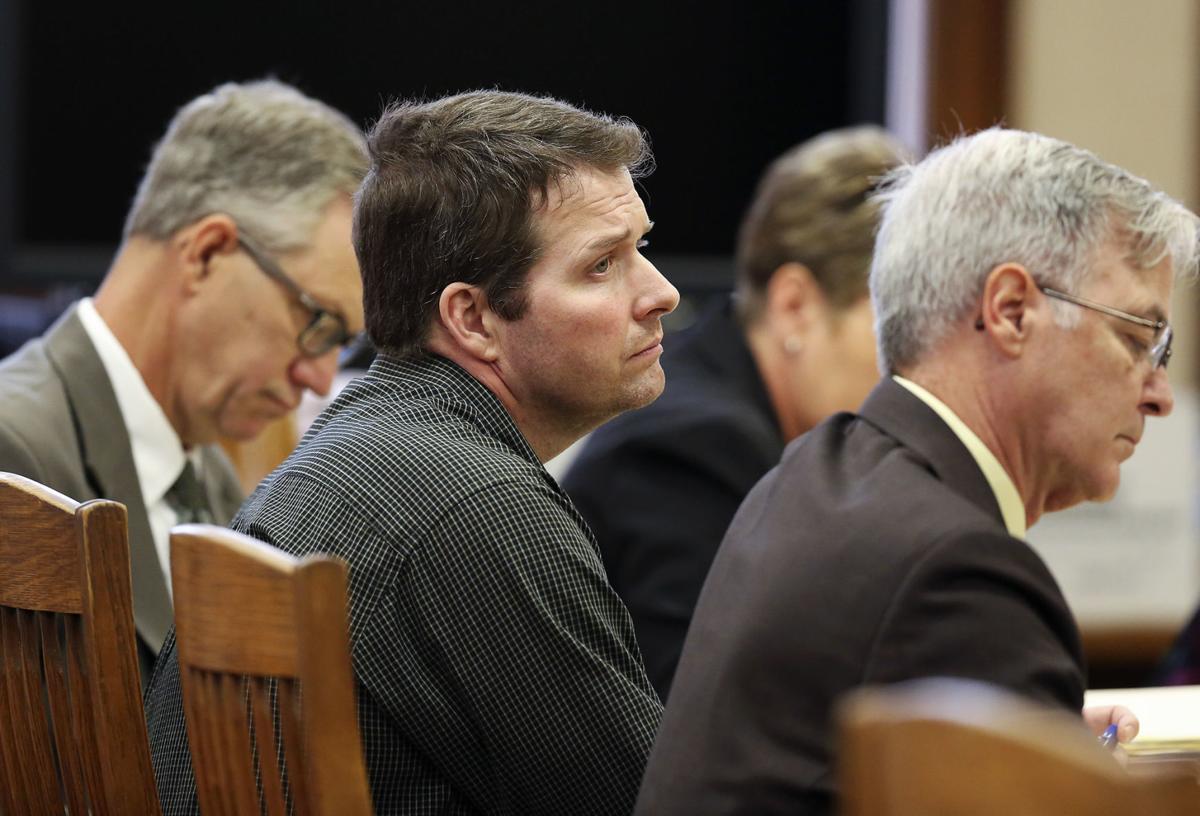 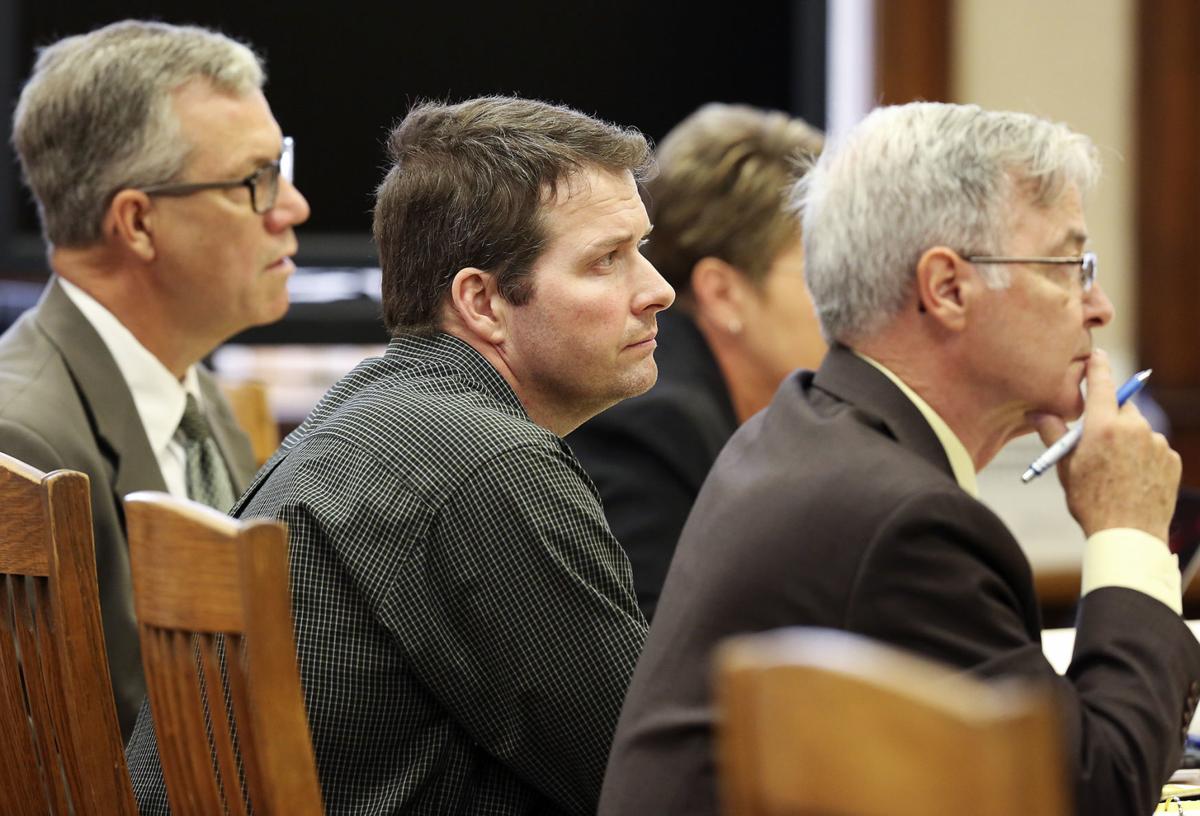 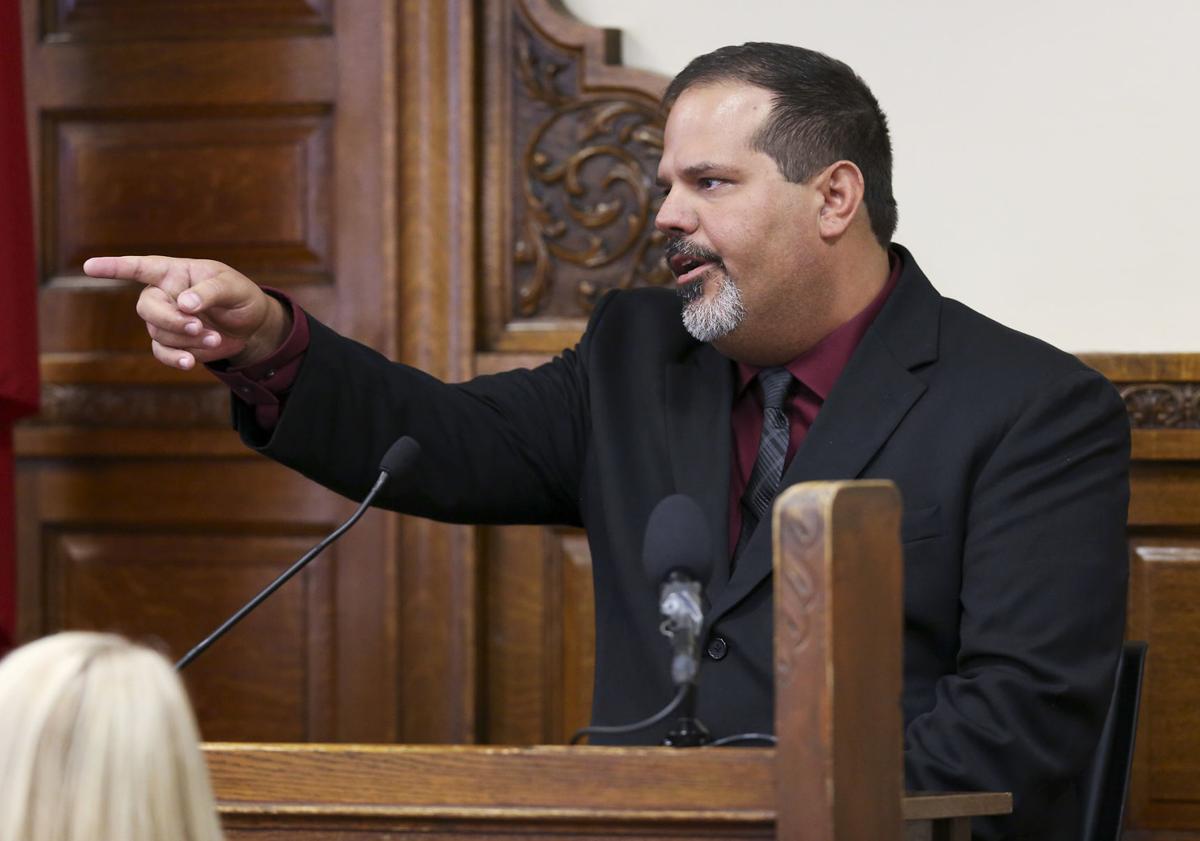 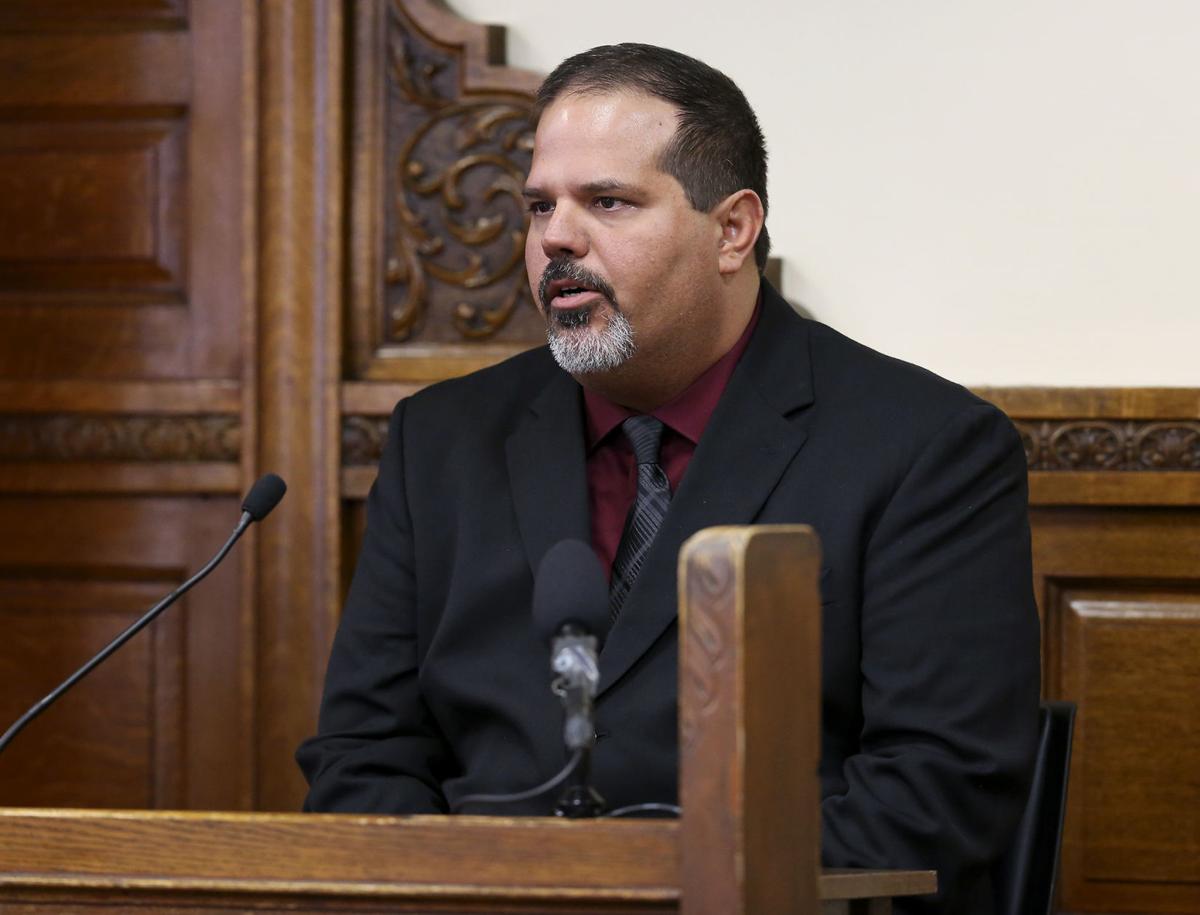 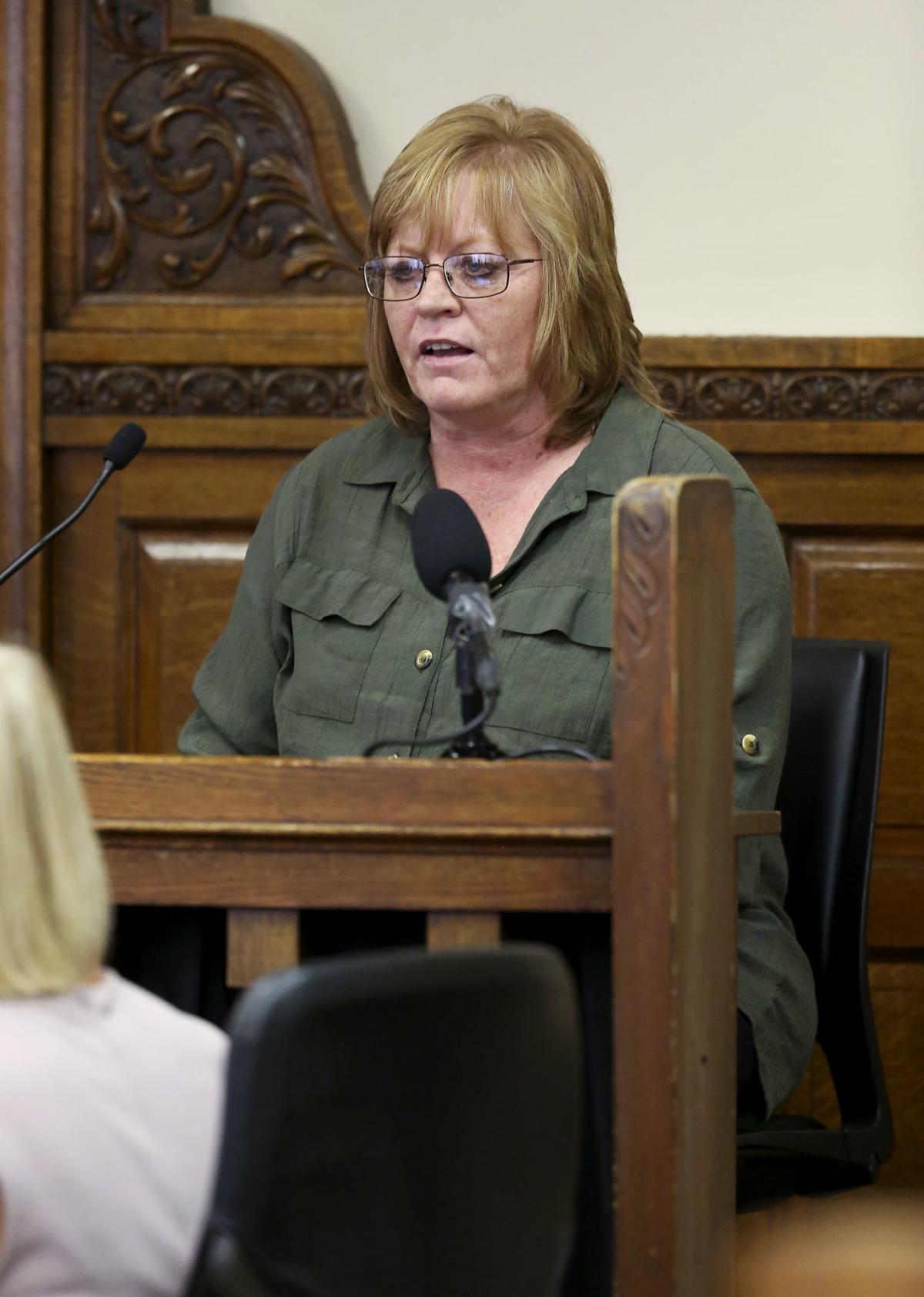 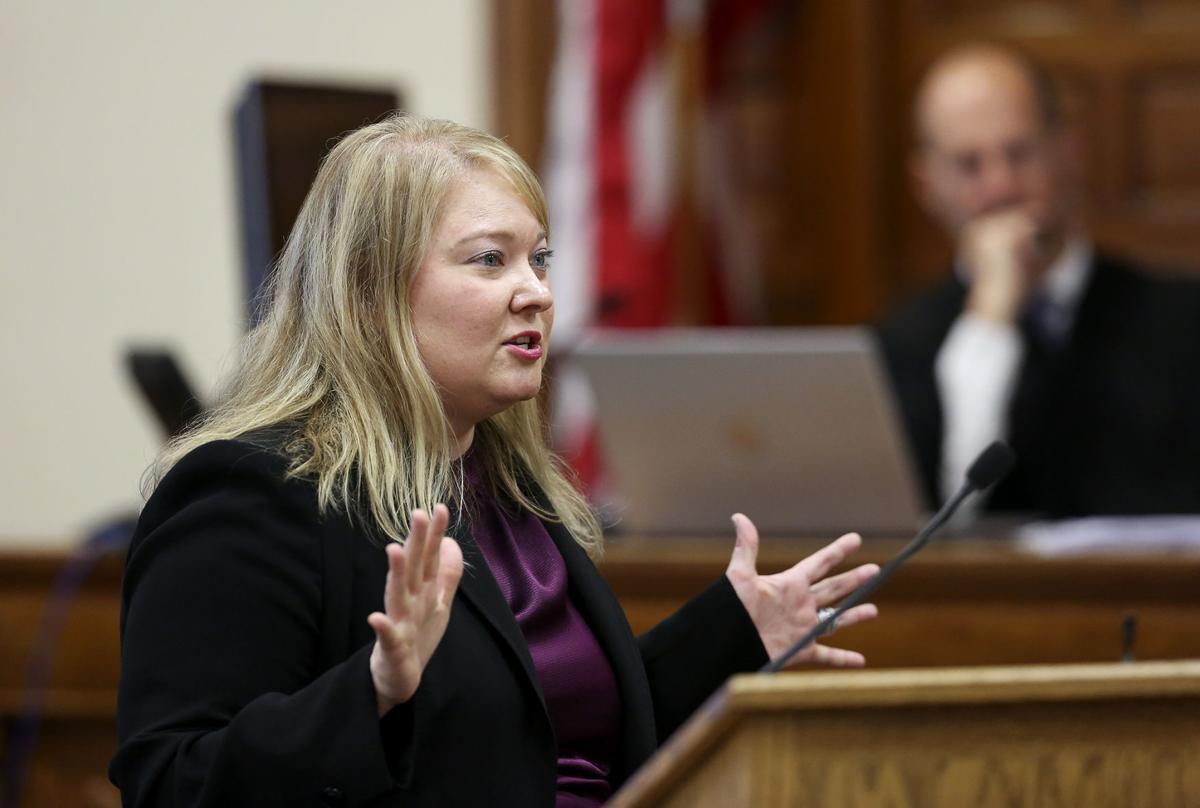 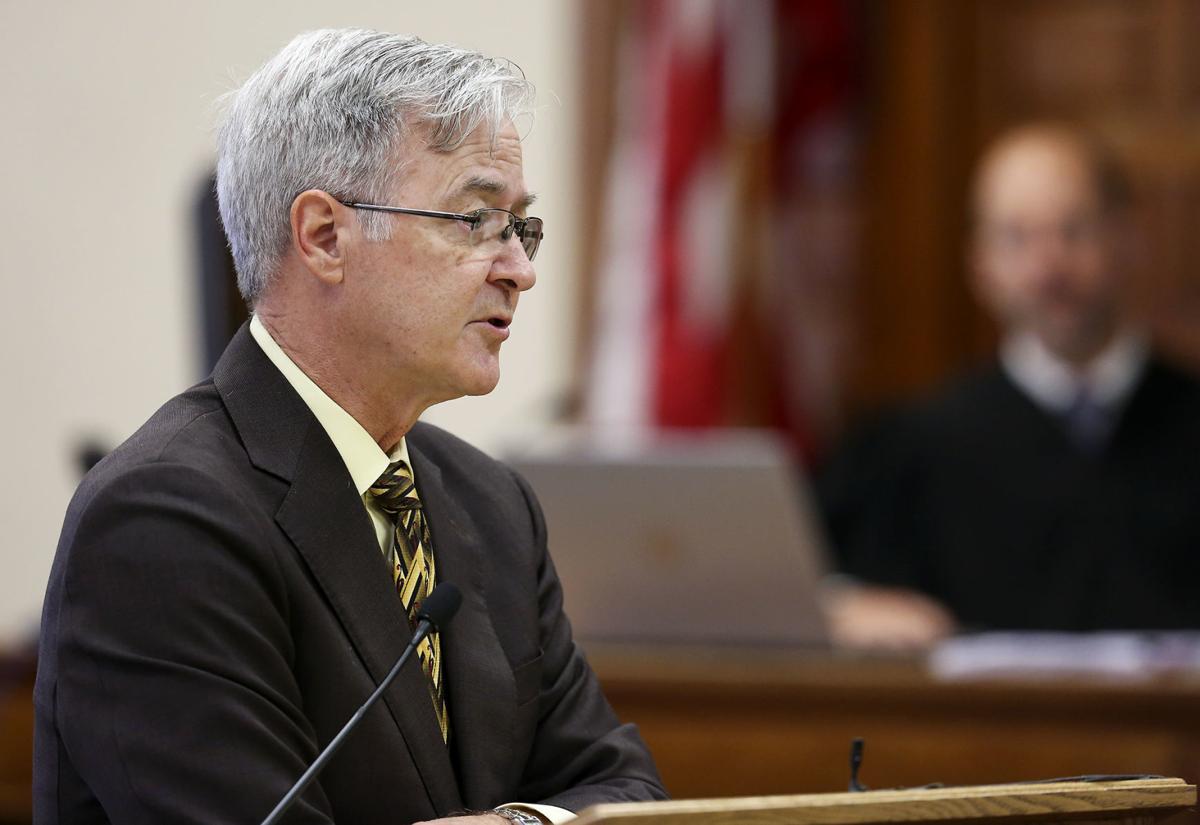 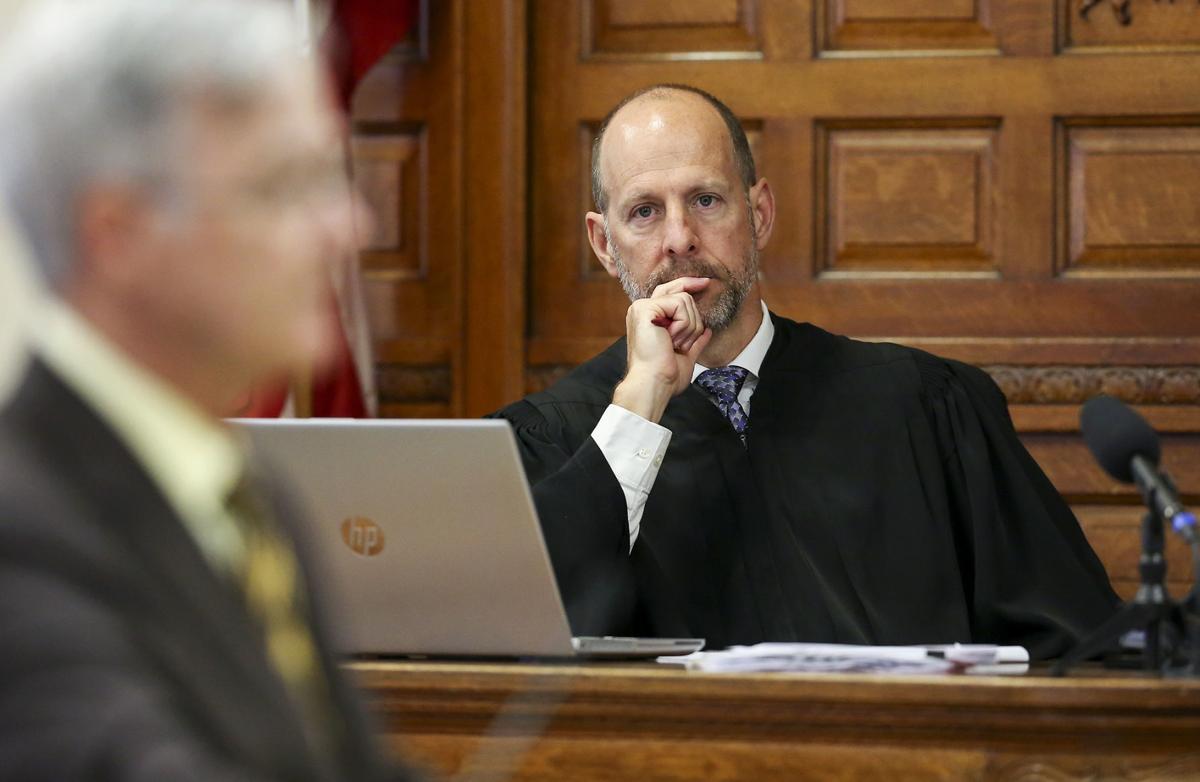 The 14-year-old son of Todd and Amy Mullis testified this morning that he lost sight of his dad during the morning that his mother was killed on the family farm outside of Earlville.

Trysten Mullis testified via closed-circuit television, with his testimony being shown in the courtroom in the Dubuque County Courthouse. He said he found his mother in a shed with a corn rake protruding from her back.

“She was just inside the door. She was on her hands and knees face down,” Trysten Mullis testified. “I yelled for my dad.”

Trysten Mullis testified that he and his dad worked in a hog barn for about 1-1/2 hours after his mom left to collect the pet carrier.

The son said he lost sight of his dad at some point during that time.

In a previous deposition, Trysten Mullis testified that the duration without contact with his dad was approximately a minute and 40 seconds.

He said his dad then asked him to check the shed for the pet carrier when they did not see it sitting outside.

Trysten Mullis told jurors that when he arrived at the shed, he found his mom, who was unresponsive.

“I checked for a pulse on her neck and her arm,” he said. “My dad started running over. He told me to go get the truck.”

Trysten Mullis testified that his injured mom lay on his lap as his dad drove toward a hospital and called 911. A 911 operator instructed the pair to pull over near a home under construction and await an ambulance.

The ambulance took Amy Mullis to the hospital, where she was pronounced dead.

During opening statements this morning, prosecutors painted Todd Mullis as a man irate over his wife's affair and afraid he would lose his farm if she divorced him.

That's why, according to prosecutors, he killed her and made it look like an accident.

"He wasn't going to let Amy take half of his farm," said Iowa Assistant Attorney General Maureen Hughes during her opening statement to jurors this morning in Dubuque. "Being a farmer means everything to him. The defendant had to find a way to keep that farm."

Hughes said Todd Mullis told investigators that his wife had fallen on the corn rake.

“Nobody believed his story,” Hughes said. “Doctors could tell Amy was struck at least two times in her back. It was not an accident. Amy was fearful of the defendant. She was afraid if Todd found out she was in an affair, he would kill her. The evidence in this case is overwhelming, and the trail of evidence leads to only one place — where the defendant sits in this courtroom.”

Todd Mullis' attorneys agreed that Amy Mullis was murdered and that the farm was important to him, but they argued against the conclusion that he was the culprit.

“But not so important that he would murder the mother of his children,” said Defense attorney Gerald "Jake" Feuerhelm in his opening statement.

Feuerhelm said the identity of the killer is unclear.

“You will find there is a reasonable doubt,” he said to conclude his opening statement.

A jury of 12 members and two alternates was seated Monday in the murder trial of Todd M. Mullis in Dubuque.

Mullis, 43, of Earlville, is accused of killing his wife, Amy L. Mullis, 39. Authorities said he fatally stabbed her with a corn rake on their farm on Nov. 10, staging the incident to look like an accident and then asking his son to check on his mother.

Iowa District Court Judge Thomas Bitter previously granted a motion to move the proceedings from Delaware County to Dubuque because of pretrial publicity.

The seven men and seven women of the juror panel will return to court at 9 a.m. today, with the opening statements expected to follow soon after.

“Opening statement is each party’s opportunity to stand up in front of you and describe what they think the evidence is going to show,” Bitter told jurors Monday as he previewed what the coming days would bring. “It’s not their time to argue the merits of their case.”

Mullis is represented by attorneys Gerald Feuerhelm and Robert Sabers.

Thirty-six prospective jurors were pulled from a pool of 80 people who packed the Dubuque County Courthouse’s north courtroom Monday morning. All of the courtroom’s seats were filled, and people stood against three of four walls.

The slow, deliberate process of jury selection began at 10 a.m., with individual interviews in the judge’s chambers with prospective panelists who admitted to having heard of the case against Mullis.

None of the prospective jurors were struck for cause. Instead, the process concluded at about 3:30 p.m. with prosecutors and defense attorneys making 11 mandatory strikes each to reduce the number of jurors to 14.

Hughes and Feuerhelm took about an hour each to winnow the 36 prospective jurors to the seated panel, asking about their views on law enforcement, truth-telling and perception of facts.

“Have you ever been putting together a puzzle and toward the end you realized there were one or two pieces missing? Could you still tell what the puzzle showed?” Hughes asked jurors.

Feuerhelm asked potential jurors if they had heard the phrase, “Oh, they are going to kill me,” and if they understood the phrase to be a figure of speech.

The trial has garnered national attention, with Court TV coming to Dubuque to air the proceedings on its network.