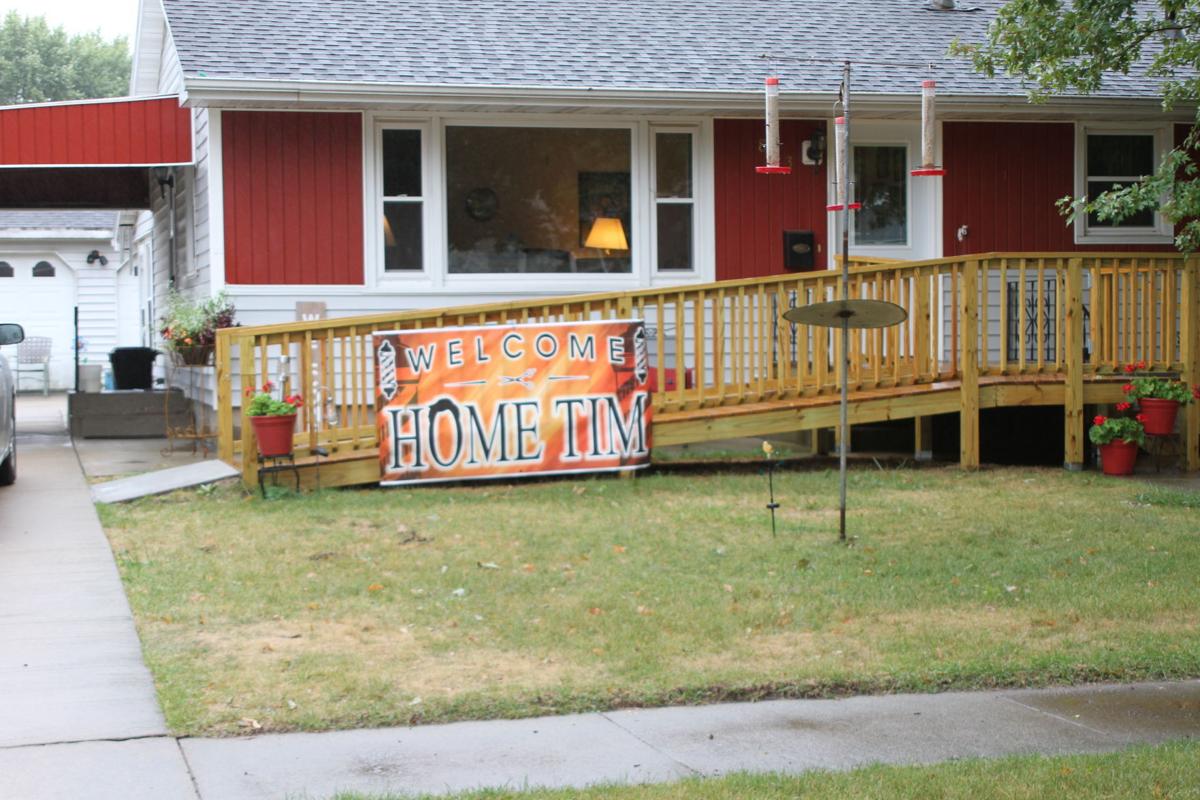 This “Welcome Home Tim” sign greeted Tim Tutton when he returned home after a five-month stay in hospitals and rehabilitation centers. 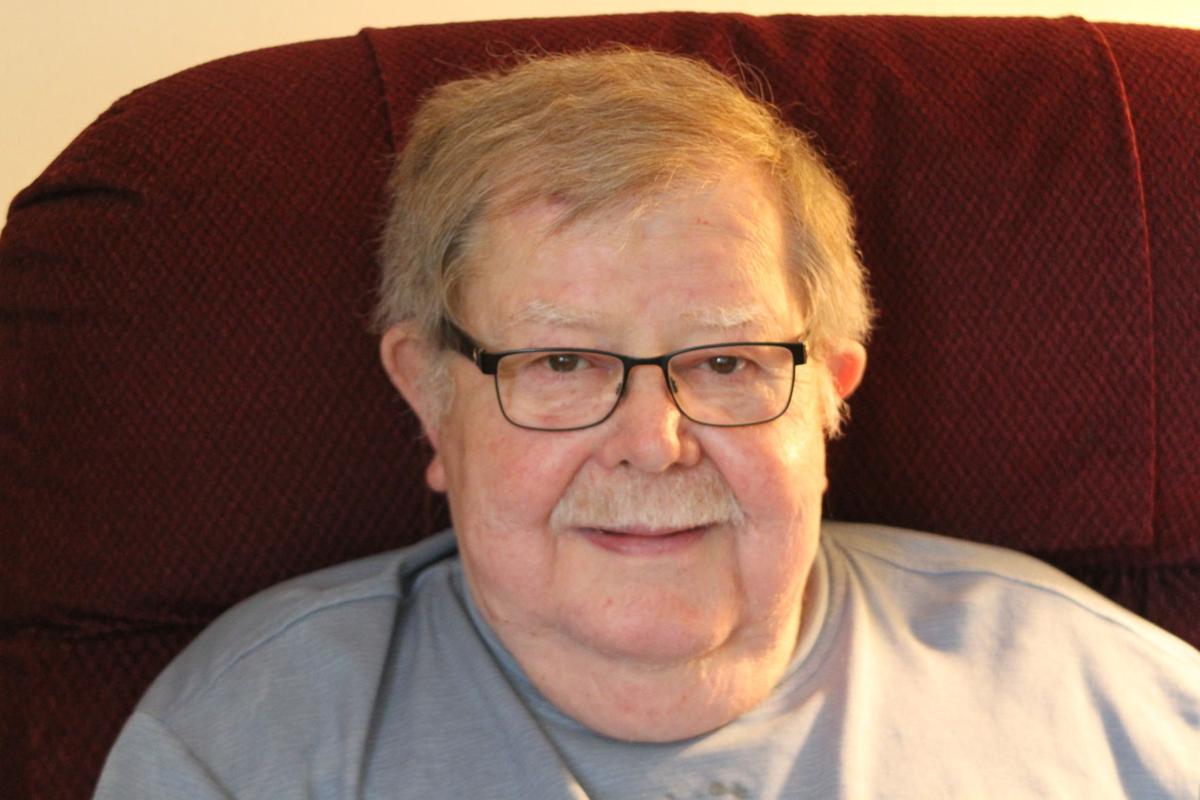 If friends make a person rich, then Manchester resident Tim Tutton is one wealthy man. The retired Manchester barber found out just how rich he is when his friends and family pitched in to help him after an extended hospital stay.

Tutton, a diabetic, returned home Aug. 31 after a five-month stay in hospitals and rehabilitation facilities after having a leg amputated. Confined to a wheelchair, getting in and out of his home at 823 East Howard St. was going to be a challenge. At least it was until Tutton’s long-time friends got together to build a ramp for him to use.

That group of friends includes two retired teachers (Smith and Chamberlain), a postman (Cole), an Alliant Energy worker (Mangold) and a carpenter (Dehn). All live in Manchester.

Tutton said Dehn took the lead on the project. “He’s built ramps before. He designed it and got all the pieces cut. The other guys did the hammering.”

Others provided food for the builders, including Tutton’s sister, Arkie Hood, Jean Puffett and Mary Mangold.

Cole, along with his wife, Karen, found a lift chair and hospital bed from a nursing home that was closing and got it for Tutton to use in his home.

Glynn, who lives in Vancouver, Wash., was unable to be in Manchester for the ramp construction. Tutton said he contributed to the project in other ways. “Pat had the ‘Welcome Home Tim’ sign made for the front of the ramp and had 17 geraniums sent for the ramp. He calls me every night to see how I am doing. He’s just a great guy.”

Mangold said it was an easy decision to help Tutton. “We’ve been friends ever since high school. Tim was my barber all those years too. He’s been a great friend.”

Tutton, whose electric wheelchair weighs in at over 300 pounds, has already put the ramp to good use.

“My friends build a heck of a good ramp. It’s sturdy and has made things easier. I use it every day. These are great guys. We can’t thank them enough.”