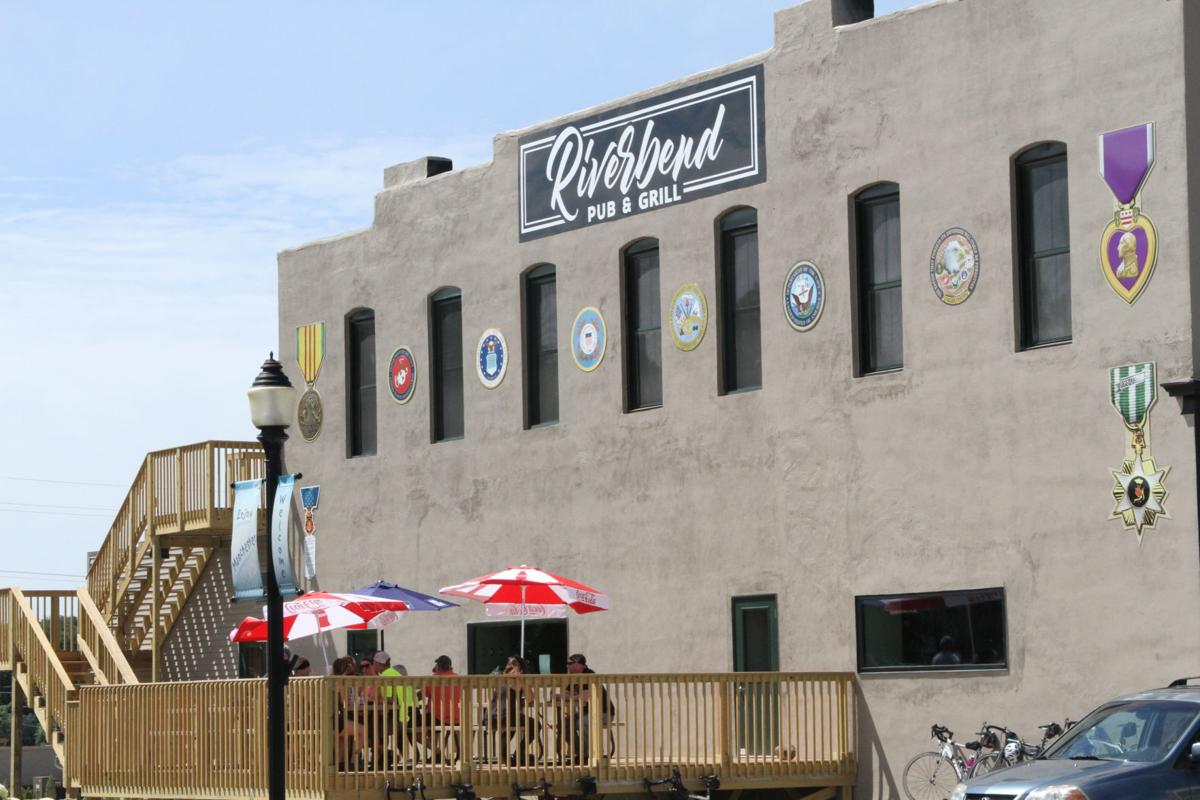 Patrons relax on the deck of Riverbend Pub. The new sports bar and restaurant opened last week in Manchester.

People check out the inside of Riverbend Pub.

Patrons relax on the deck of Riverbend Pub. The new sports bar and restaurant opened last week in Manchester.

People check out the inside of Riverbend Pub.

With three floors and a deck overlooking the Whitewater Park, there’s something for everyone at Riverbend Pub, the new sports bar and restaurant at what previously was Grumpy Bill’s.

Riverbend Pub opened last weekend, and while there are still finishing touches to complete, Managing Owner Mike Corcoran said customers can expect friendly service when they come in. Corcoran is one of several co-owners of the establishment.

“People can expect a clean, friendly place with an inviting atmosphere,” Corcoran said. “We’ll have good beer and good food.”

The main level will operate as a sports bar as well as the restaurant area. Several televisions are mounted on the wall, giving customers plenty of options to watch a game.

An upper floor will feature bands on weekends and will also double as a place for reunions, showers and meetings. Corcoran said several events are already booked for the third floor.

The basement will offer wine and higher-end liquors in a quieter, relaxed setting.

“Our food will be upper-scale bar food,” Corcoran said. “We’ll have fresh pizzas, burgers and other sandwiches.”

A patio with access from all three levels will allow patrons to view the Whitewater Park.

Corcoran said while the bar is open, the kitchen is still under construction. He expects food service to begin in the fall.

Riverbend Pub will serve can and bottle beer. “We won’t serve any tap beer,” Corcoran said. “We have a very good brewery in town that has the tap beer market.”

“Riverbend Pub is a replacement in some degree for Beaver’s Lounge and Grumpy Bill’s,” Corcoran explained. “It’s another positive business on this end of town.”

While hours haven’t been set yet, Corcoran said the bar is open and people should stop in. “There is a little bit of a transition period until we have food, but once we get going with food, we will be full-service seven days a week. We will serve lunch every day,” he said.

Corcoran said the new place has created a lot of buzz in the community. “I hear a lot of folks asking when we are opening. I think people are ready.”