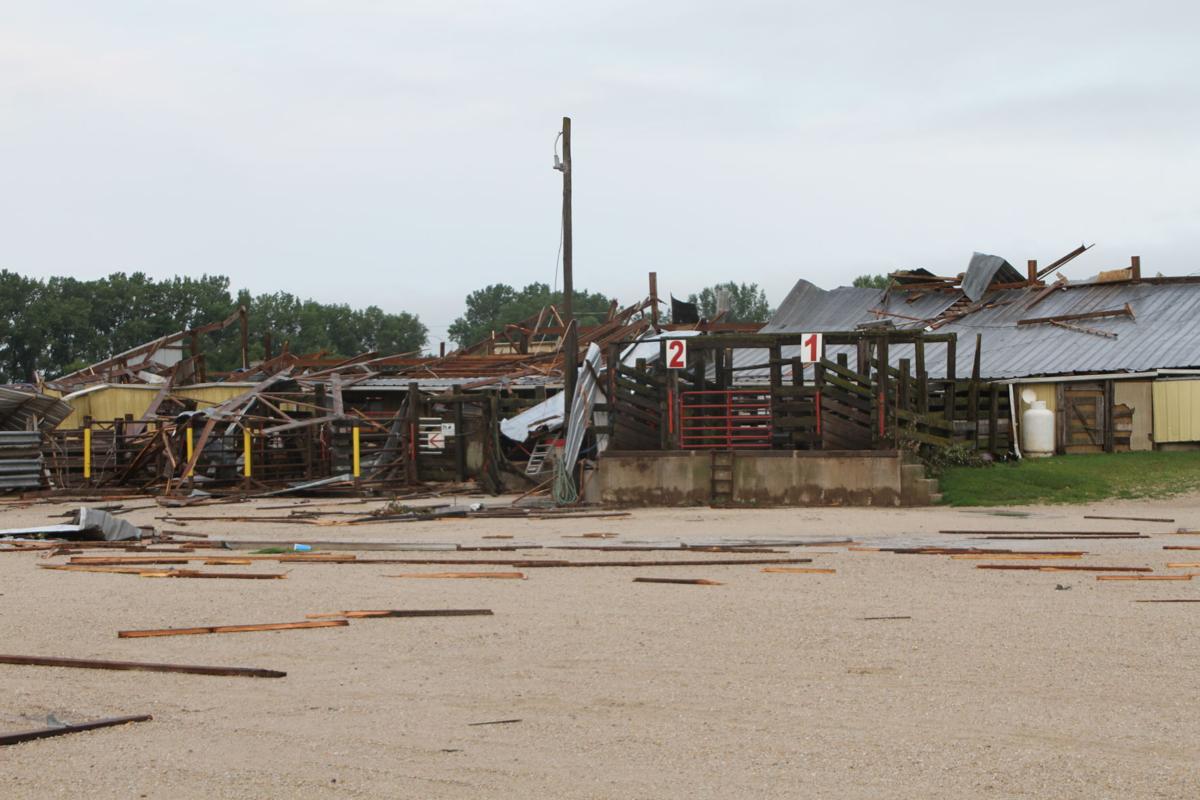 A storm during the early evening July 14 damaged part of the NFO Livestock Auction building in Manchester. 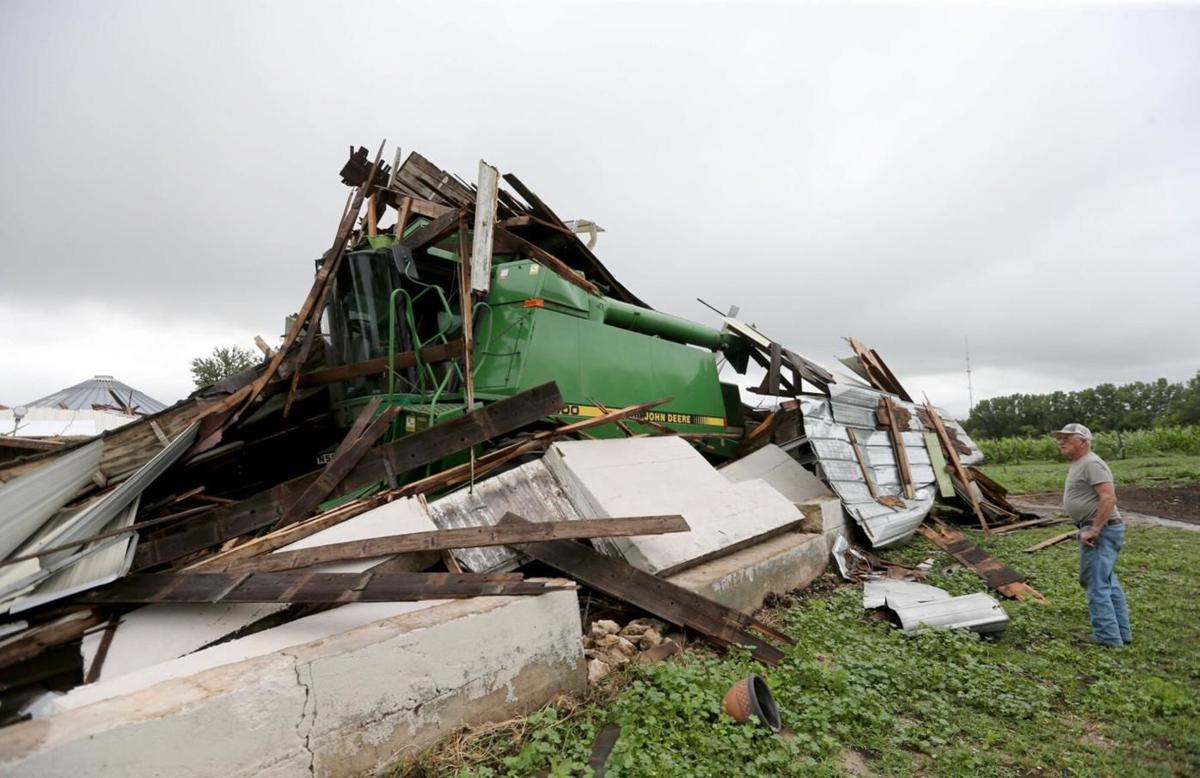 Don Wendling surveys damage at Randy and Kathy Wendling’s property in Manchester after storms passed through the area July 15.

A storm during the early evening July 14 damaged part of the NFO Livestock Auction building in Manchester.

Don Wendling surveys damage at Randy and Kathy Wendling’s property in Manchester after storms passed through the area July 15.

Two tornadoes damaged several buildings in the Manchester area on July 14 and prompted the evacuation of the Delaware County Fair, but no injuries were reported.

The National Weather Service classified both tornadoes as EF-1s, the second-lowest rating, and described them as “brief and narrow.”

Manchester Police Chief Jim Hauschild said his staff first spotted a tornado shortly before 8 p.m. about 2 miles west of Manchester on the north side of U.S. 20.

“An officer watched it cross Highway 13 and follow along Highway 20 and clip the southern part of Manchester,” he said.

“Once one of my firetrucks in Manchester called in and said we had a tornado on the ground heading down Highway 20 into Manchester, we knew we had to react,” he said.

Ryan also said there was “rotation” on the north side of Manchester, which did not develop into a tornado.

Some of the most severe damage was sustained at a farmstead belonging to Randy and Kathy Wendling.

Kathy Wendling said the family was at the Delaware County Fair on Wednesday night. When the fairgrounds were evacuated, she and her husband sought shelter in town at their son’s house.

Once the tornado sirens subsided, the Wendlings headed for their property.

“Then we pulled in the yard and it’s just …” she said, trailing off as she gestured helplessly toward the wreckage. “Just a mess.”

She said insurance representatives had visited the property Thursday morning and estimated the damage at well over $100,000.

More than a dozen neighbors and family members had gathered to help the Wendlings sort through the debris.

“It’ll get better, slowly but surely,” Kathy said. “It can all be rebuilt.”

The Wendlings’ four grain bins stood between their property and the nearby NFO Livestock building (formerly Manchester Livestock Auction). The tornado left the bins untouched before ripping through the back half of NFO Livestock’s south barn.

Austin Lueck, livestock buyer at NFO Livestock, said the barn was expected to be “a total loss.” No employees were present when the storm hit, and the steer that were on the property were uninjured.

Lueck expressed gratitude for the friends, family and livestock producers who had arrived to help clean up the wreckage. NFO Livestock is resuming business as usual, and Lueck said they will begin to rebuild as soon as possible.

“Thankfully, nobody’s hurt. That’s all you can ask for,” he said. “We’ll get her cleaned up and rebuilt, and she’ll be back and better than ever.”

Kyle Wegmann, Plant Manager at BARD Materials, said the plant saw only “cosmetic damage” to the south side of the building. Minor cleanup was also needed to remove debris that had been carried from NFO Livestock.

“We were pretty unscathed,” Wegmann said. “We got really darn lucky.”

On the north end of Manchester, attendees at the fair were evacuated to sheltered areas as the storm developed.

Ryan said he was in contact with Fairgrounds Manager Jeannie Domeyer throughout the day as his team tracked the storm. His department had worked with the fairgrounds this spring to conduct a test of its emergency response plan, so “it was fresh on everybody’s minds.”

“Once the storm started moving more directly to the east and we had rotation that was coming out of Buchanan County into northwest Delaware County, that’s when (Domeyer) made the decision that they needed to start getting people into buildings up there,” Ryan said.

She said the fairgrounds “took on a lot of rain” but saw no serious damage, other than signs and tents blown around.

“I’m just really proud of the (Fair) Board’s ability to have a plan in place to try and keep people as safe as possible,” Domeyer said.