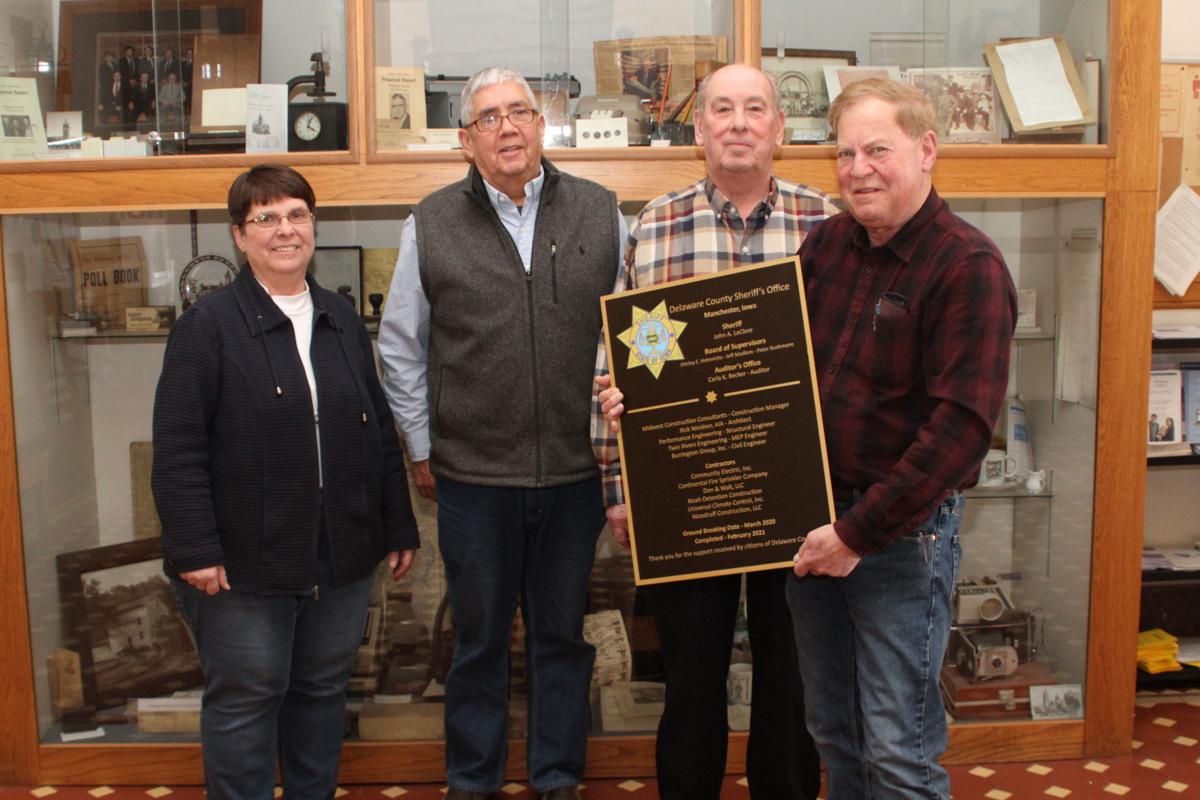 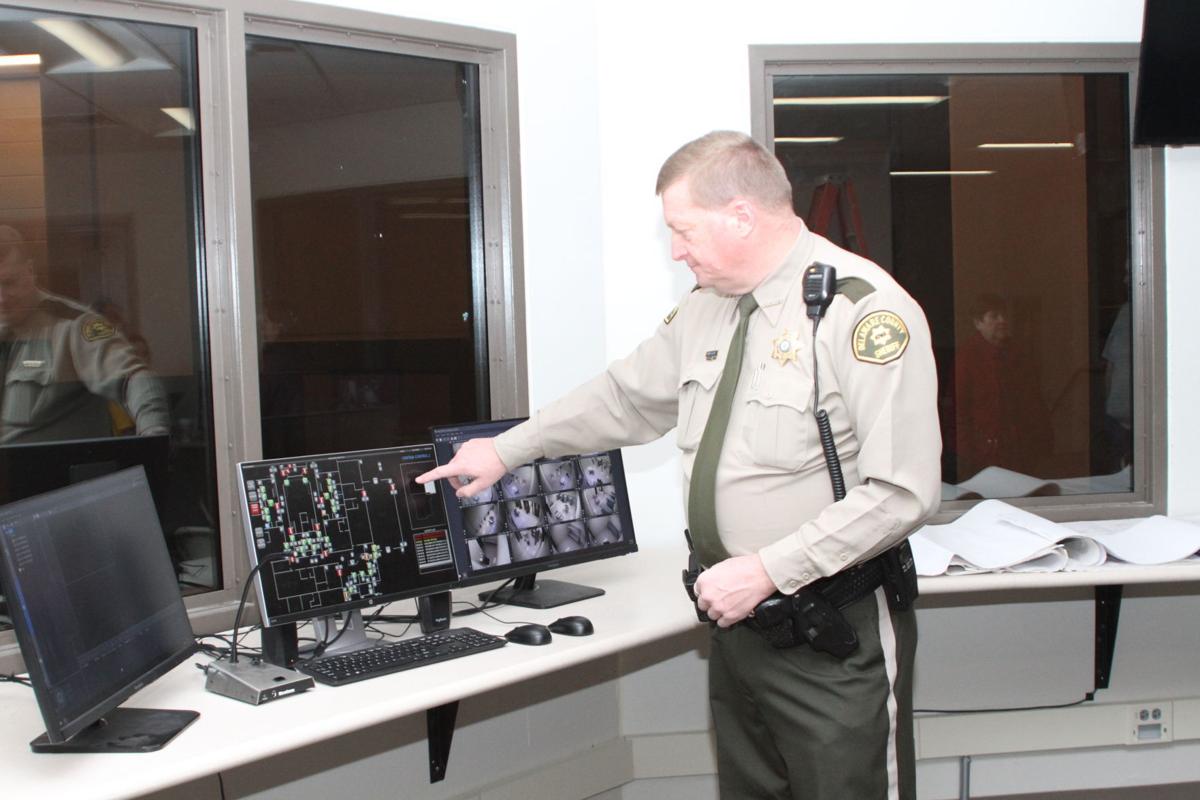 Delaware County Sheriff John LeClere demonstrates features that can be done from the main control center of the new sheriff office and jail. 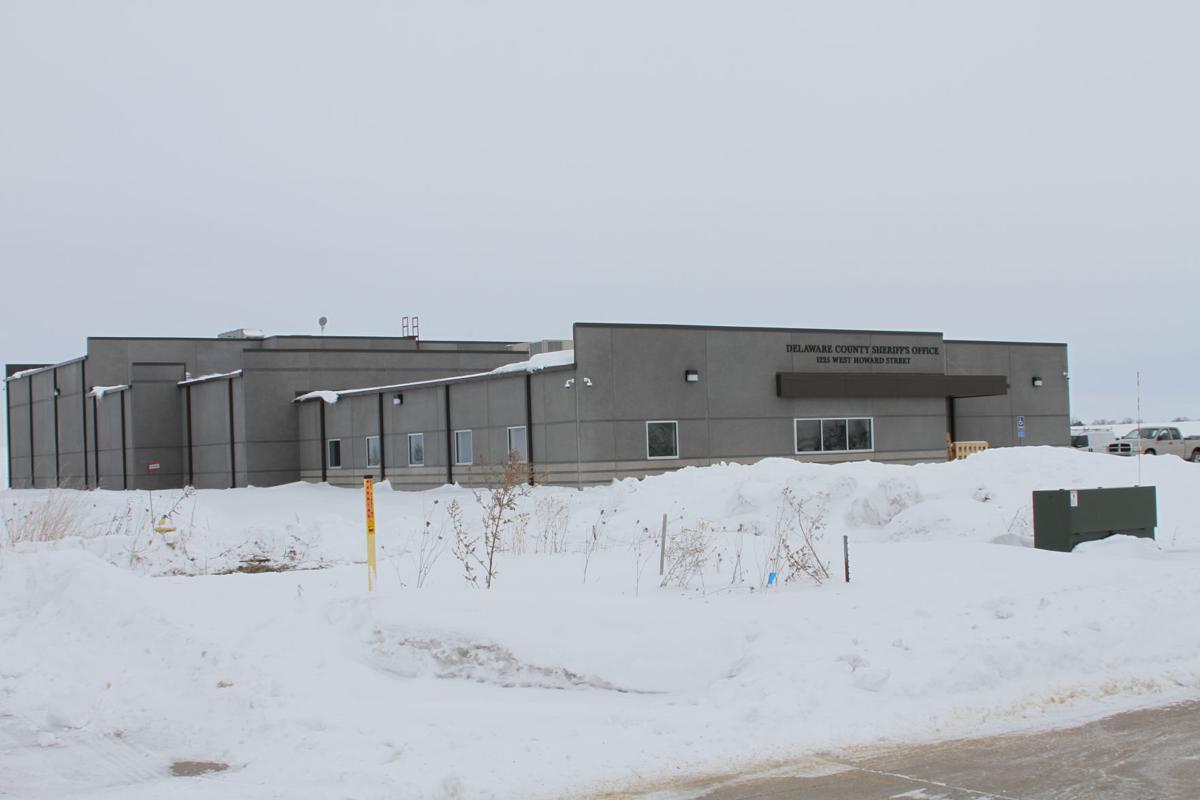 The new Delaware County Sheriff Office and Jail is scheduled to open in early March. 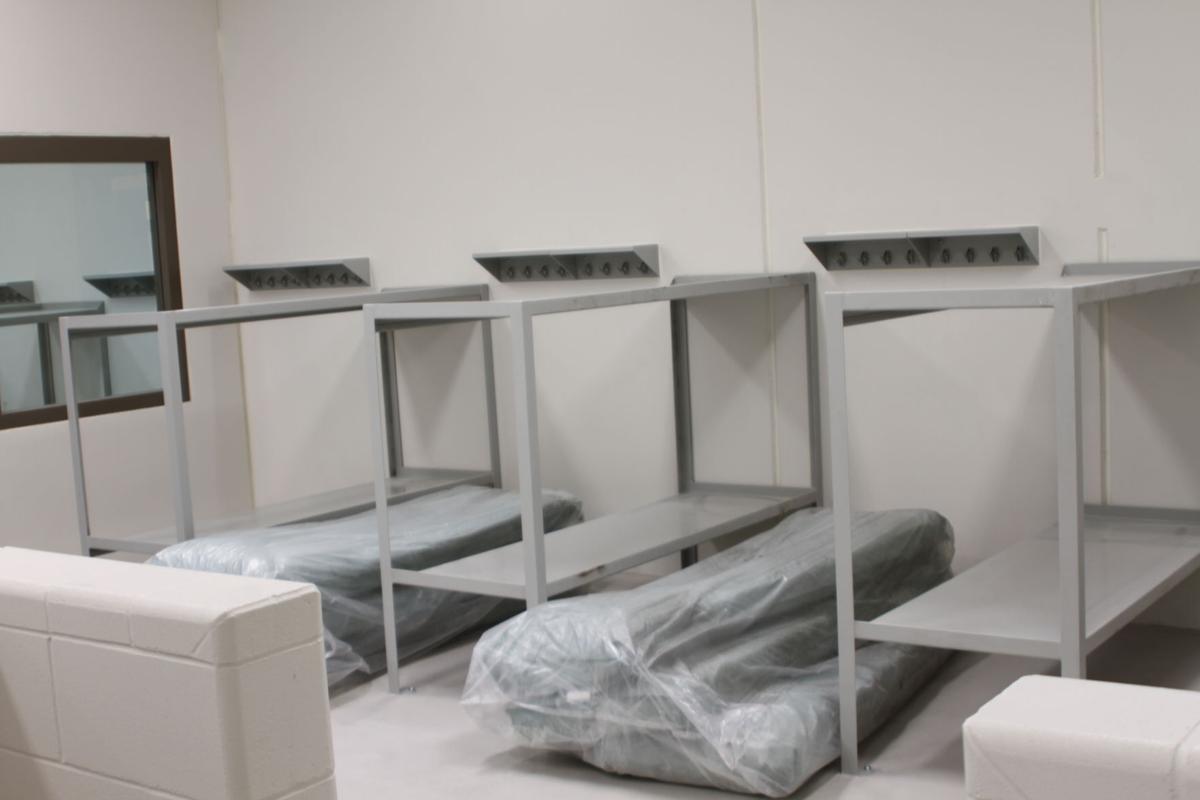 This is a general population dorm in the new jail.

Delaware County Sheriff John LeClere demonstrates features that can be done from the main control center of the new sheriff office and jail.

The new Delaware County Sheriff Office and Jail is scheduled to open in early March.

This is a general population dorm in the new jail.

In early March, the Delaware County Sheriff’s Department will move into a new office and jail located at 1225 West Howard St. on the west end of Manchester.

With over 18,000 square feet, the new facility will provide space for county prisoners, many of whom are currently housed in other county jails due to a lack of room in the old Delaware County jail. It will also provide state-of-the-art security features that will keep law enforcement officials, prisoners and the general public safe.

The building is pre-cast concrete that provides durability with a cost-effective design.

A multi-purpose room may be used for training opportunities for deputies and will also serve as an emergency operations center.

A weapons room will house deputy weapons and ammunition, along with a table to clean and examine firearms.

The workspace will include four offices, a squad room with work stations for deputies and offices for investigators. Deputies will also have a locker room with bathroom facilities and a shower.

Another room will secure storage for evidence.

A sallyport allows deputies to drive sheriff vehicles inside and transport prisoners into the booking area. There are four temporary holding cells as well as a padded detoxification room.

The booking side includes rooms for prisoners to speak with attorneys.

A medical exam room is also included as well as a shower and changing room for prisoners.

The jail portion of the facility can house 42 prisoners, nearly quadrupling the capacity from the old jail. Also, a mezzanine level has expansion capabilities that could increase capacity to 66 inmates if officials choose to expand in the future.

Cells are divided into singles, doubles and swing dorms, which can house eight inmates. They are also divided into maximum security cells and general population dorms. The facility will also be able to house juveniles as well as transgender inmates.

A kitchen will allow staff to prepare meals on-site for inmates.

A control room serves as a communication center for the jail. Delaware County Sheriff John LeClere said the control room allows inmates to be moved without direct jailer or deputy contact.

“The security and safety features will make it so much safer for jail staff as far as inmate movement. A lot of inmates will never have to leave their housing unit, but if they do, say to go to the recreation area, jail staff can simply do that by instructing the inmate to go to the door, which can be unlocked remotely. The inmate can then walk down the hallway to the recreation room without direct contact with a jailer.”

The control center will be staffed 24 hours a day, seven days a week. “We have jailers on duty in the old jail 24/7,” LeClere explained, “but we don’t have the security features we will have in the new facility.”

LeClere said the old facility, which was built in 1967, isn’t big enough today. “It was built for a sheriff and three deputies. We now have 13 deputies and a larger jail staff. We certainly outgrew that space. There simply isn’t the office space for that number of people to work efficiently.

“There were some security things in place there, but not to the degree we have in this new facility. Technology has changed so much over the years it’s so much easier to secure the new building.”

John Hansen, president of Midwest Construction Consultants, the firm that designed the sheriff’s office and jail, said, “We had an excellent design and it was really good working with Sheriff LeClere and the county supervisors. We were able to use a lot of local contractors. Everyone was very good to work with and I believe we have a successful, quality project that will serve the citizens of Delaware County well into the future.”

County inmates will now be housed in Delaware County, something that wasn’t always possible if the jail population exceeded the capacity of 12 inmates in the old facility. LeClere estimated that already this fiscal year, Delaware County has paid $50,000 in room and board to other counties to house inmates. In addition to that are the cost of travel time and deputy time.

“We are just so thankful to the citizens of Delaware County for supporting this project,” LeClere said. “There is absolutely nothing fancy about this building at all. It was one of the lowest cost options for building a new jail that there was. Everything here is built to be a durable, long-lasting structure.”

Supervisor Shirley Helmrichs said plans are underway for the public to see the facility Friday, Feb. 26 and Saturday, Feb. 27. Details of the open house are not finalized but may be found at the county website, www.delawarecounty.iowa.gov. In addition, the county is also putting together a virtual tour of the facility which also may be found on the website.

Helmrichs, who has served over 22 years as a supervisor, knows the importance of the facility. “This is huge. Our staff has always done a great job with the facility they had, but anytime they had something really tragic in the county, they never had a place to go and debrief. They haven’t had offices to bring in people to help them and I think that is a huge thing. Here they will have that, along with the safety and security.

“This is no-frills. It’s very functional. I’m excited for them to be out here. We know they will be safe here. They are all our people and I want them all to stay safe.”

Helmrichs also acknowledged the taxpayers of the county. “I hope people will come to the open house or watch the virtual tour because it was their vote and their tax dollars that made this happen.”

There were some security things in place there, but not to the degree we have in this new facility. Technology has changed so much over the years it’s so much easier to secure the new building.”