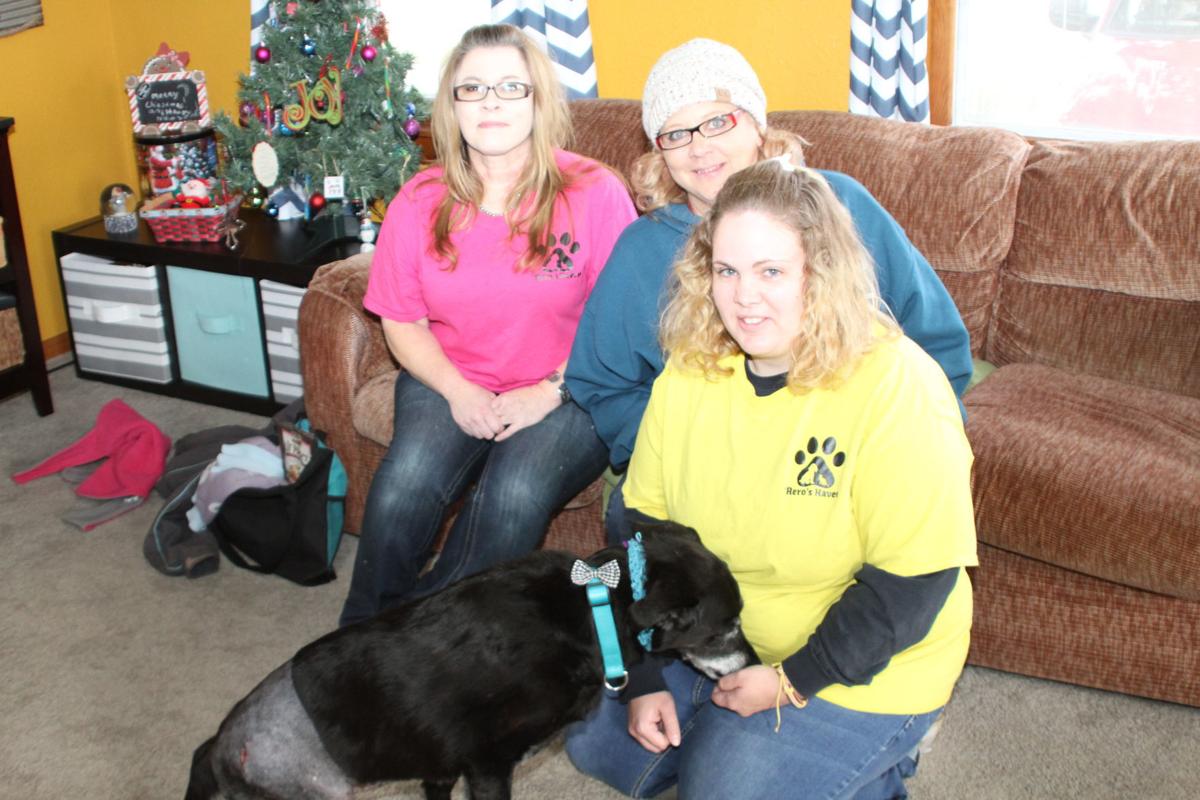 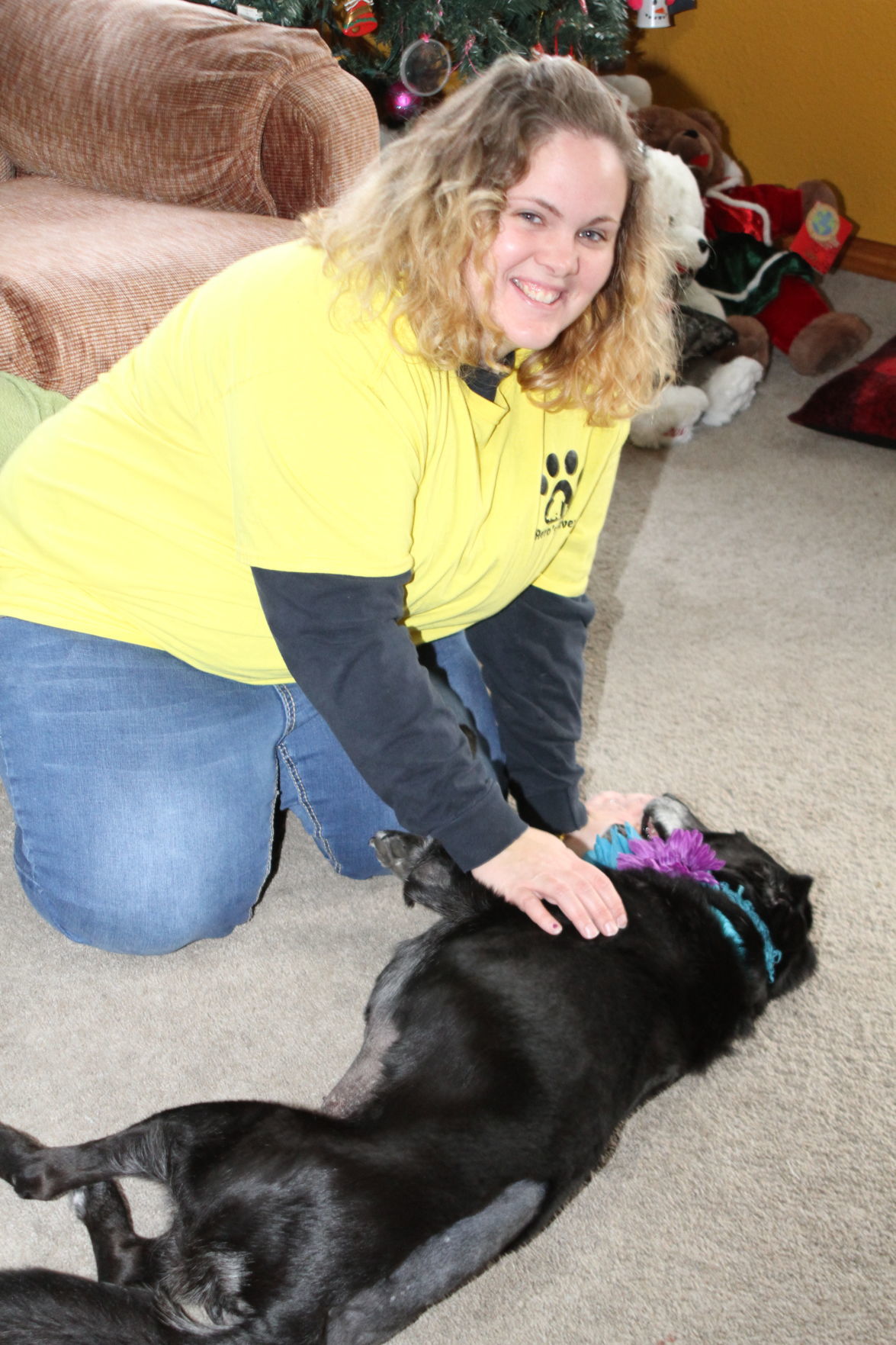 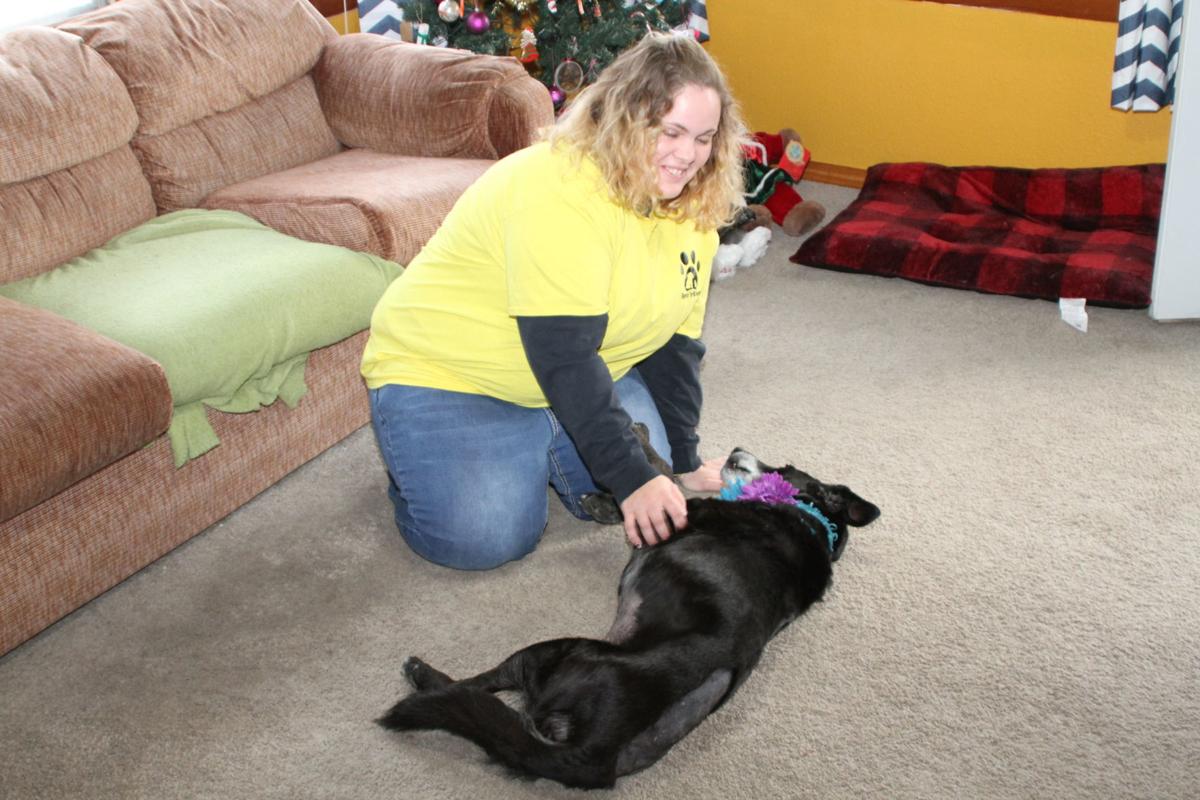 Cats might have nine lives, but they’ve got nothing on a 10-year-old Labrador mix named Addie.

It began two months ago when board members Kathy White and Lois Richardson, along with Amber White, a volunteer with the organization and Kathy’s daughter, were delivering a dog to a foster home in Elkader when they found Addie.

“We got the arrival time in Elkader wrong and were an hour early,” explained Richardson. “While we were trying to figure out what we were going to do for the next hour, here comes this dog up onto the highway.”

That dog was Addie and as Richardson explained, she was in rough shape. “She looked like she was half dead. We loaded her up and took her back with us.”

The group named their new friend Addie and posted photos of her, trying to track down her owners. They also took Addie to a veterinarian and discovered the seriousness of her condition. “She had broken bones throughout her body that had fused together,” Richardson said. “She had a mass in her bladder that was removed. It was thought to be a kidney stone but was so big they don’t know what it is.”

In addition to all of that, the three discovered that Addie is deaf.

Hero’s Haven is always in search of foster families for their animals and looked to Amber White to again help out. “Amber has been a major volunteer with us since the very first day,” her mother explained. “She’s handled animals, made dog and cat treats and has fostered several animals for us.”

This time, however, something was different. “She couldn’t give up Addie,” Kathy White acknowledged. “She said Addie was hers.”

“When someone fosters a dog and doesn’t get it adopted outside of their home, we call that a foster fail,” Richardson said, smiling. “That’s a good thing. We like foster fails.”

And by the wagging of her tail, so does Addie.

“This is a special adoption,” said Richardson. “This was meant to be our first adoption.”

Information about fostering animals or donating to Hero’s Haven Animal Rescue may be found on the group’s Facebook Page or by contacting members at HerosHavenIowa@gmail.com. Those wishing to make a monetary donation may do so through PayPal, or by dropping off donations at Community Savings Bank locations or at Manchester Animal Medical Center.