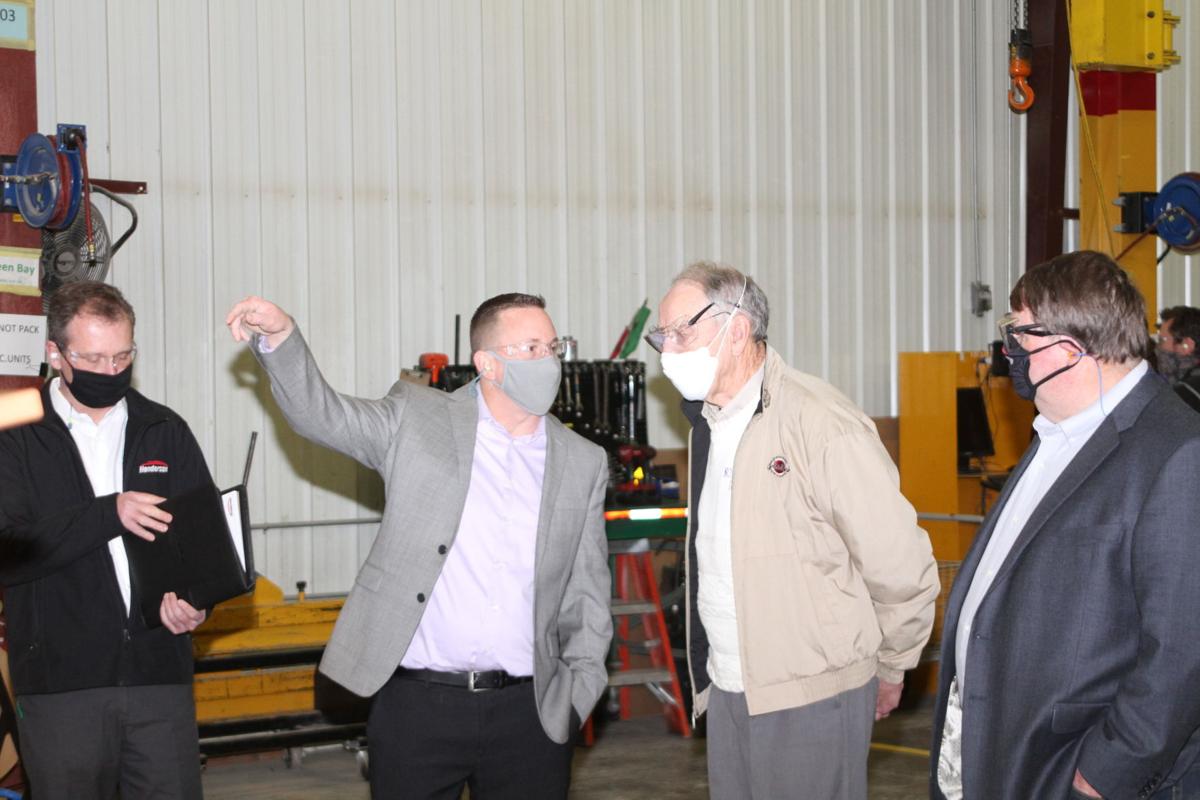 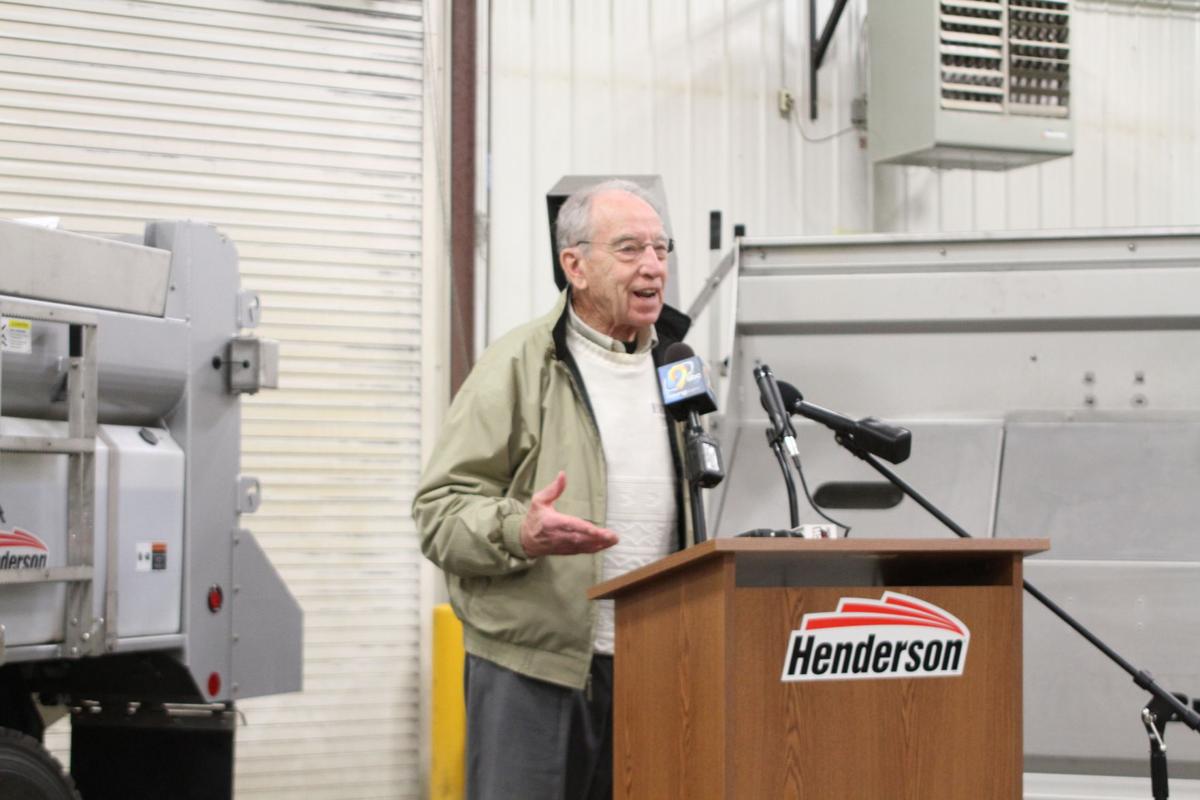 A stop by U.S. Senator Charles Grassley to Henderson Products, Inc. last week gave Iowa’s senior senator a chance to view the success of the company that is a national leader in the manufacturing of municipal snow and ice equipment. But even a trip to Manchester couldn’t keep the senator from addressing the fallout in Washington D.C. following the attack on the Capitol, Jan. 6.

He said the visit gave him a chance to learn about the company, reminding him of something he thinks Iowans need to improve. “I don’t think we brag enough,” he said. “Here you have a company that is so superior in manufacturing these truck bodies, particularly for bad weather. I probably wouldn’t have known about it if I hadn’t stopped here. We need to be bragging about how good we are.”

He said he believes it comes down to the work ethic Iowans possess. “I use the words quality and productivity. That doesn’t mean Iowans work harder than they do in other states, but I think we have a good work ethic and we are dependable people. Are you going to show up for work and can the company count on you? That’s what makes us so unique, being dependable. That’s what I learned here besides the specialty of the product.”

Grassley said the COVID-19 pandemic has taught several lessons. “In the spring, we found ourselves tremendously short of protective equipment for health care people. We were too dependent on China and probably some other countries, but mainly China. The supplies we had in reserve were not enough. I think we learned we have to have a better inventory of everything in anticipation of another pandemic.”

He said of vaccines, “Most of the time it takes five or six years to get a new vaccine on the market and we got this one in nine months. Maybe we learned how we can get vaccines on the market much faster.”

Later he addressed the first round of relief which gave the unemployed an additional $600 above their unemployment payment. “When you do that, it’s kind of hard to get people to go to work. We won’t repeat that.”

Henderson Products, Inc. President Todd Fierro said it was important to have Grassley visit the facility.

“We were able to show him our commitment not only to the state but to the county. We have made significant investments in the millions of dollars to the facility and to the equipment and most importantly to the people. We have the ability to have our own training programs and to partner with the schools to train in programs such as welding. These have been cornerstones to our success here in Manchester.”

Henderson Products has 312 employees in Iowa, with close to 500 employees nationwide. Fierro said they want to hire “as many more as we can.”

He continued, “We are hiring and prepared to train and do whatever we need to do to bring people in. Any help we can get with the incoming Congress to help motivate people to come to work, we are fully supportive of that.”

Following the discussion with Henderson Products personnel, Grassley spoke about the last days of the Trump administration and the incoming Biden administration. He had a message for both.

“For Trump, lie low for a while. I say that with respect to his policies,” Grassley explained. “The way he does things is quite a bit different from other people. But when I see a president run on a platform and try to carry that platform out, I have great respect for a president that tried to do in office what he said he was going to do during the campaign.”

Grassley said he wants to work with President-elect Biden.

“He said he wants the country to be unified and pulled together, that he wants to be a unifier. I want to help him be a unifier. In Congress, he was very easy to work with and reach bi-partisan agreements. I hope he’s that way as president. I think we can work together not only to unite, but to move on.”

Grassley also talked about the possibility of impeachment of President Trump or a resignation by the President before President-elect Biden takes office, Jan. 20.

“Based on what I am hearing, I have reason to believe as (Congressman James) Clyburn said, he doesn’t expect articles of impeachment to come over before Jan. 20. They could come over, but would it be constitutional to do an impeachment at that point? I think we are too much concentrating on something that isn’t going to be too much of an issue in one week and I should spend my time as I have indicated several times, what can we do to help President Biden make a better country in the process of my representing the people of Iowa, which is my major responsibility. I’m going to work to represent the people of Iowa well and I think in many instances I’ll be able to work with President Biden.”