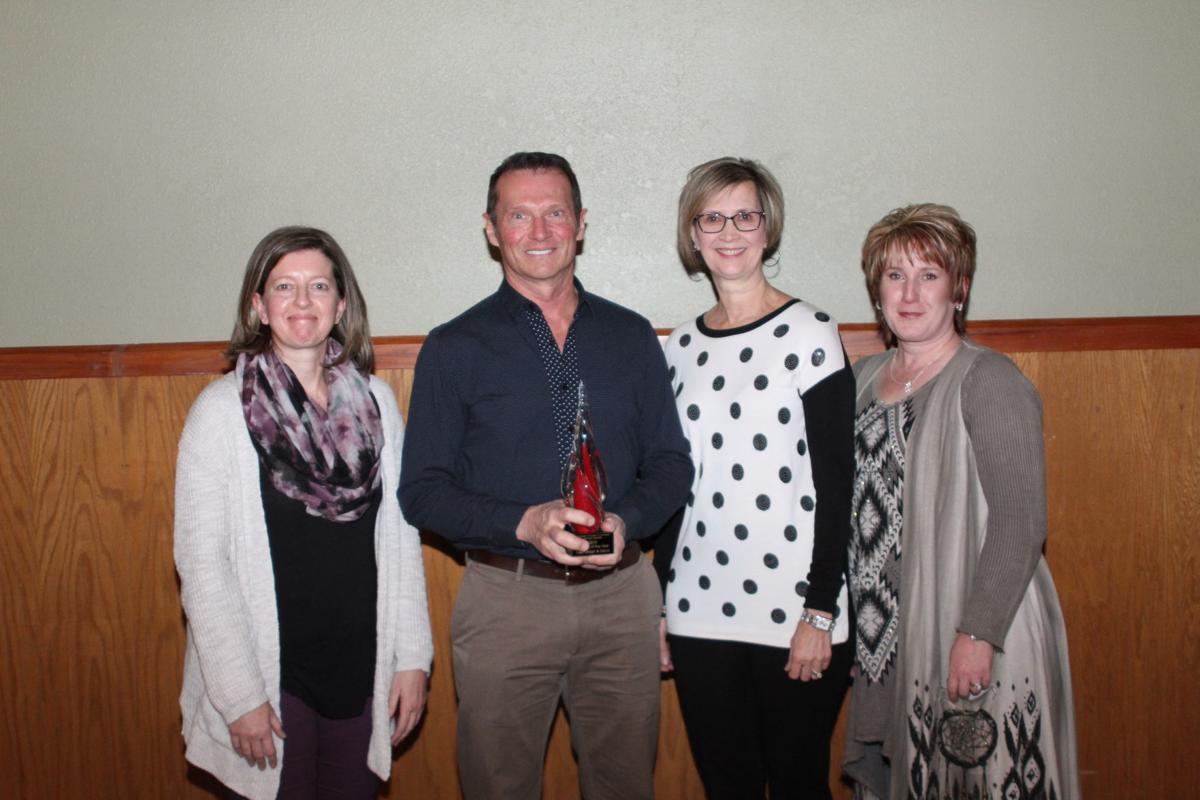 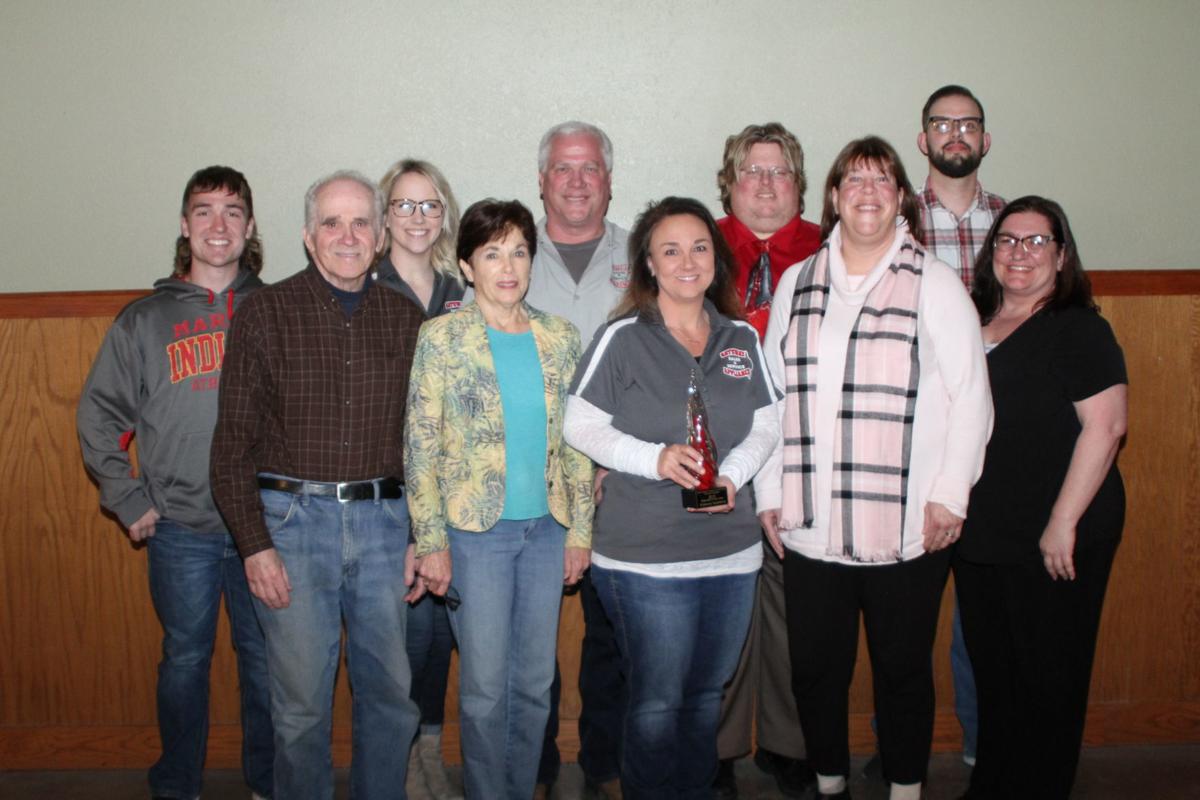 Two Manchester businesses shared the Business of the Year award at the Manchester Area Chamber of Commerce 2019 annual awards, Jan. 9, at the Delaware County Community Center.

“It’s quite an honor to be nominated and to receive the award,” Roger Lake, owner of Lake Design & Décor said. “It’s fun to work with the chamber. They are great at promoting our business.”

“We now have kitchen cabinetry on display, along with bath cabinetry and a couple of shower systems on display,” he said.

Lake credited several people for his success. “We’ve had great customers over the years and have enjoyed working with people in the area. I’ve also had a great staff that has helped me over the years. I couldn’t have done it without them and my family. It’s a team effort.”

He noted the work the Manchester Area Chamber of Commerce does, often behind the scenes. “People don’t always realize it and don’t often see it firsthand, but they need to support the chamber. They promote all the businesses; they bring people to town and help the industry in the community. The chamber is something the community needs.”

For Phil Payne, co-owner of Gateway Appliance with Ryan and Angie Wicks, the store in Manchester was a natural fit after he began servicing appliances out of his home in Ryan in 2016.

“When my partners Ryan and Angie got this building remodeled, we were able to move here in 2017.”

Payne acknowledged that any small business is a gamble of sorts. “You never know how it will go, but when we sat back with our business plan, we knew we had strong brands of products made right here in the United States. With the family of appliances we carry, I can cover anyone who walks in our door.”

Payne said Gateway Appliance is a partnership of sorts. “Business isn’t rocket science. You sell good stuff, you take care of people and you be honest. If you do that, the business will take care of itself. I think the people of Manchester, of northeast Iowa and the entire area if you take care of them, you will have a customer for life.”

Payne said the Manchester Area Chamber of Commerce was instrumental in getting Gateway Appliance to town. He credited former chamber director Jack Klaus for helping him.

“Jack was the chamber director at the time. I talked to him about the appliance store and he put me in touch with Ryan and Angie. Jack gave us the push. It’s a great example of the importance of the chamber.”