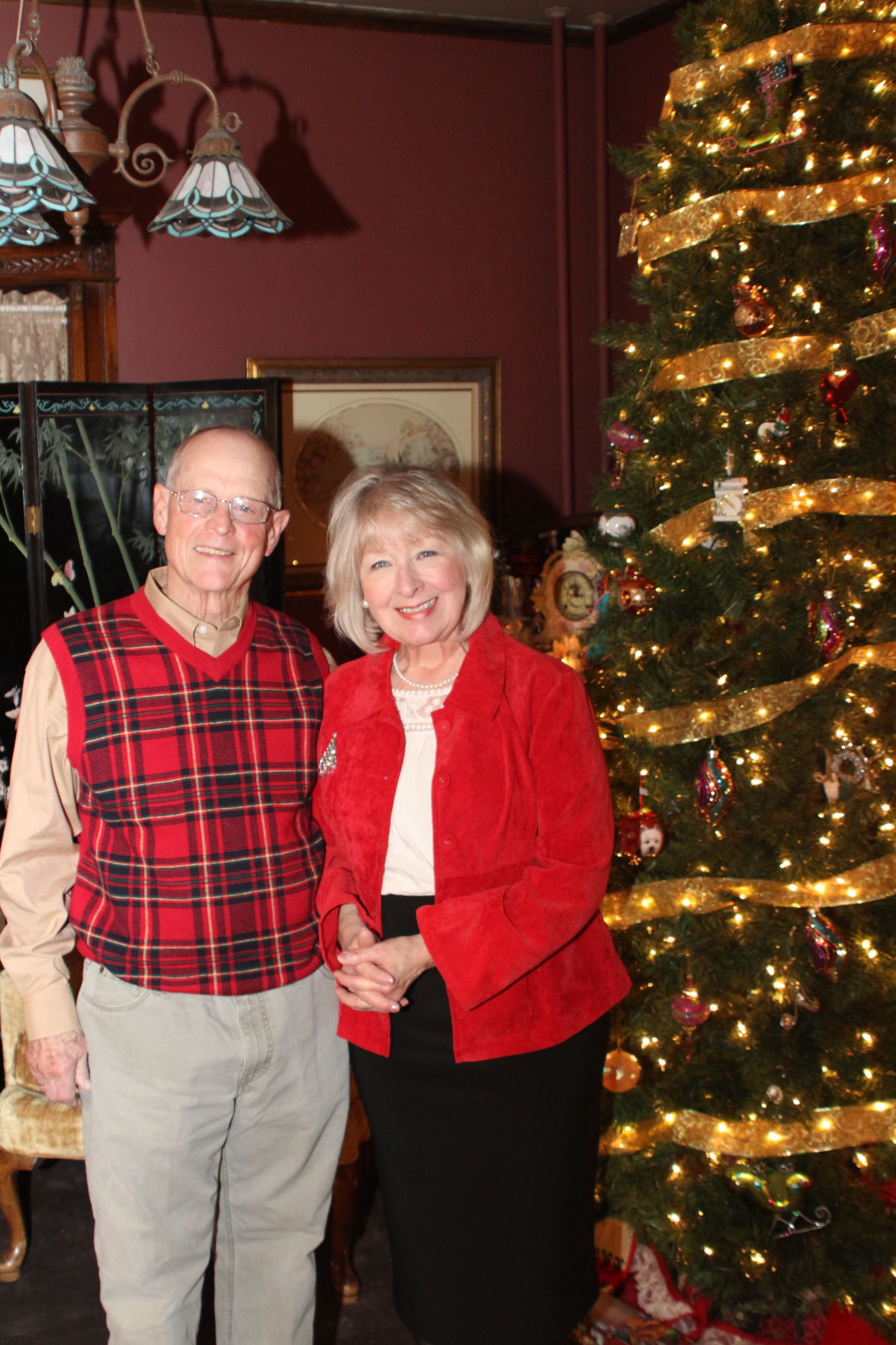 Harold and Diane Blatt stand next to a Christmas tree in their home. 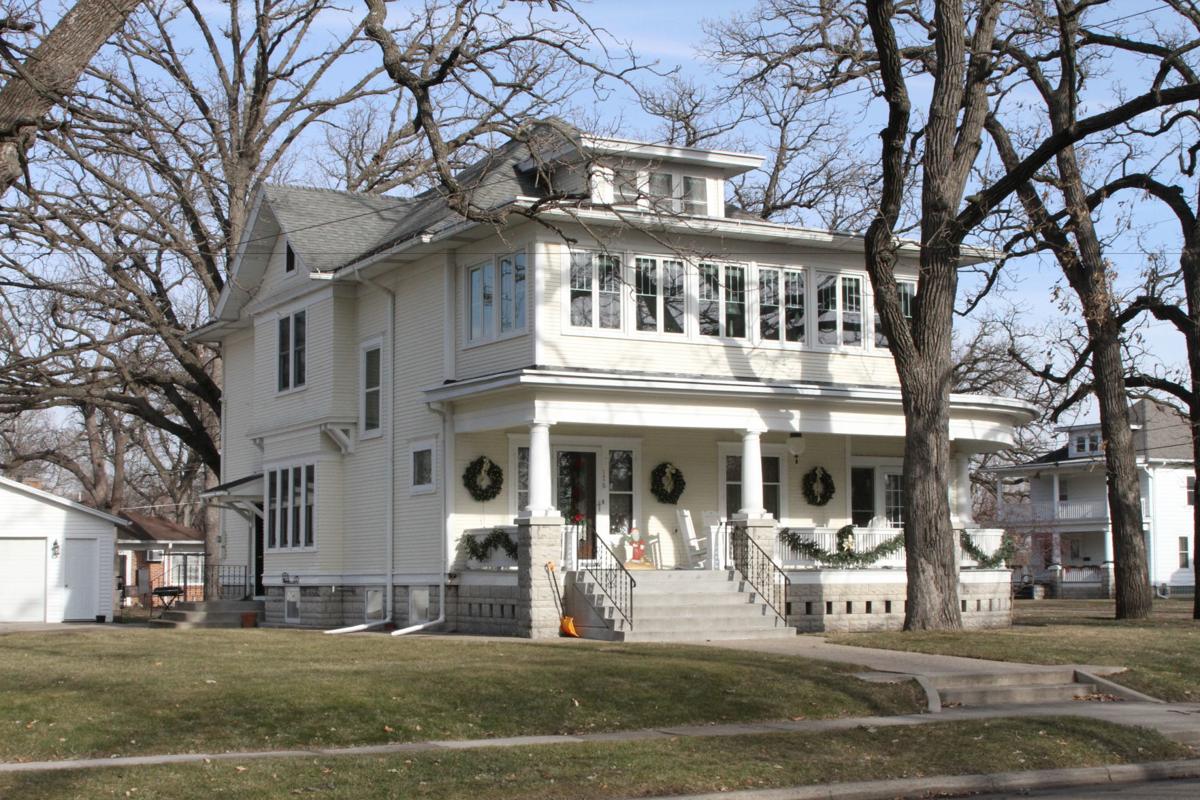 The home of Harold and Diane Blatt at 107 E. Prospect St. in Manchester was built in 1911 by Charles B. Harris.

Harold and Diane Blatt stand next to a Christmas tree in their home.

The home of Harold and Diane Blatt at 107 E. Prospect St. in Manchester was built in 1911 by Charles B. Harris.

Harold and Diane Blatt’s home at 107 E. Prospect St. in Manchester is hard to miss. Situated on a corner lot across from West Delaware High School, it’s hard not to notice the large porch and imagine yourself sitting in a comfortable chair, relaxing and enjoying a beautiful Iowa day.

Windows on the second floor reveal an upstairs porch where the couple enjoys morning coffee.

Several oak trees grace the yard and give the home a stately visage. One only has to enter the front door to understand the interior of the home is as stately as its exterior. Built in 1911 by Charles B. Harris, the home is an important historical link to Delaware County and Manchester.

Harold and Diane Blatt purchased the home in 1995 from Raynelle Harris, who was married to Charles Harris’s grandson, Pete.

“We had always admired the house,” Harold said. “I was working for the Area Education Agency and was living down at Lake Delhi. One day we got a call that Raynelle wasn’t going to live in the house another winter.”

Raynelle asked the couple to come over and speak with her. “She more or less interviewed us and asked us what our intentions were in regard to the house,” Harold explained.

The couple love history and love the history of the home. They know how important the Harris family was to Manchester.

“Charles Harris owned 44 acres of land in addition to the house,” Harold explained. “Clara Avenue and Evans Avenue in Manchester are named for his children. There is also a Harris Street in town.”

Charles Harris lost his money during the Great Depression, but was able to keep the house by selling off plots of the land he owned. “He sold parcels off gradually, including where the elementary and junior high schools are in town,” Harold explained.

Harold is a bibliophile, and has an impressive collection of children’s books. His collection of antique children’s Christmas books is displayed in the home’s east porch. Also, pictures and paintings adorn the walls of the home.

Harold said the couple was drawn to the house because of its character and personality. “They don’t build houses like this anymore. Where are you going to find woodwork and colonnades like we have here?”

The couple have beautiful antique pieces throughout the home. “Diane is fanatical that everything fits with the character of the home. She wants to maintain it as close to the original and to keep it as stately as possible.”

“We’ve been collecting pieces for years,” Diane explained. “Often you can get nice pieces of furnishings at auctions for a song. If a bid went higher than we wanted to pay, we knew there was something just as nice coming along for us at another time.”Diane said their furnishings are meant to be used and enjoyed. “The things we have we love and we use. That’s why they are still strong and beautiful. There are people around them all the time. We have a lot of events here.”

The Blatts believe they are more than homeowners. It’s as if the home found them instead of the other way around.

“We feel this house, with its history, really belongs to Manchester,” Harold said. “We feel very fortunate to have ended up here and being allowed to be caretakers of this place.”

While there are no immediate plans to leave the house, Harold said he knows what he and Diane want when they do leave. “Our hope is for whoever purchases this house after us is worthy of it and treats it with respect.”

But until that time, the couple will continue to enjoy their home.